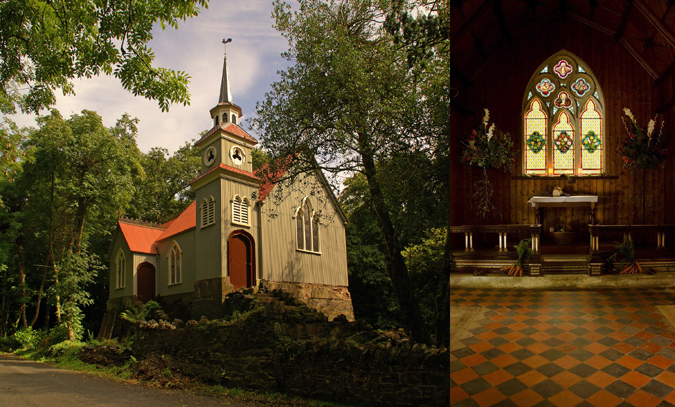 Standing atop an artificial mound in a wooded valley is Saint Peter’s Church which was erected by James McKean (d. 1908) as the religious centre of an industrial village that has largely disappeared.  Tradition has it that the “tin tabernacle” was inspired by a church visited by McKean whilst on honeymoon in Switzerland and an appropriate “mini Alpine” platform was created with rocks and stones heaped in picturesque mounds.  Despite the cost- and time-efficient corrugated-iron construction, the church is intricately detailed with the slender spire in particular making an impression on the visitor.  Deconsecrated in 1962, and having fallen prey to neglect and vandalism, the church was sympathetically restored by Laragh Heritage Community Group and reopened in 2014.