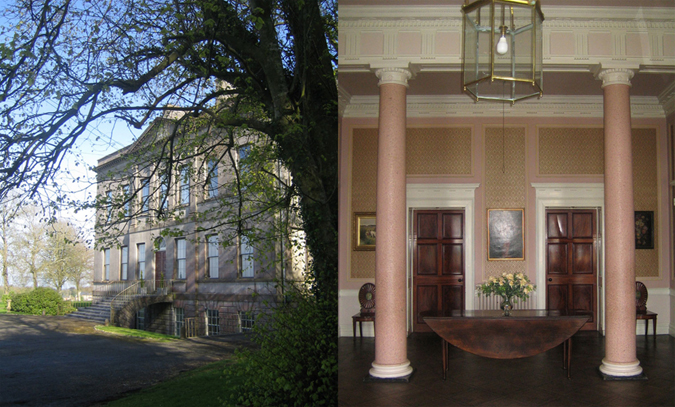 A neo-Classical house erected for Richard Robinson (1708-94), Archbishop of Armagh, Rokeby Hall was initially designed by Thomas Cooley (1740-84), architect of the Royal Exchange in Dublin, and was completed by the Armagh-born Francis Johnston (1760-1829), Ireland’s foremost native architect of the Georgian period.  Robinson’s coat-of-arms continues to embellish the façade and successive generations of the family made improvements to the house, foremost of which is the elegant Turner conservatory.  Despite a change of ownership, Rokeby Hall has always been a family home and, largely unaltered, is a testament to the architects and skilled craftsmen of the Georgian period.

Back to Places to Visit: Louth