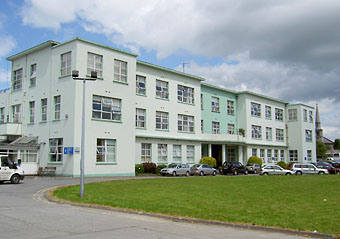 The start of the century saw the construction of co-operative creameries in the western part of the county, the fine stone-built St Ailbe’s Creamery at Emly and the larger former Cleeve’s plant at Tipperary Town, the latter having an unusual corrugated-iron front. The majority of interesting twentieth-century buildings in the county were erected as public buildings, often by the Office of Public Works and include the post offices at Cahir, Cashel and Clonmel, all very different one to the next and having elements of Arts and Crafts and Edwardian styles. Our Lady’s Hospital at Cashel is an excellent Modern Movement building, other examples being a small bus station and a large shop building in Clonmel. In the countryside, reinforced concrete bridges were erected over the Aherlow and Suir rivers, the latter standing near the Swiss Cottage. The Catholic church at Mullinahone, built in 1969, is a good example of post-Vatican II church design. 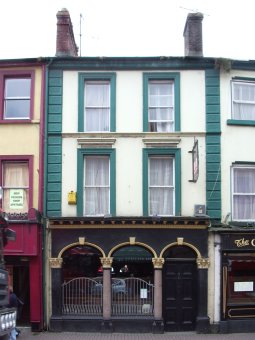 Tipperary Town is an excellent example of a nineteenth-century market town, though having medieval roots. At the turn of the twentieth century, the town was an important hub of the dairying industry and had the second largest butter market in Ireland after Cork City. Tipperary Town is architecturally very distinctive and intact, having particular features and details not seen elsewhere in the county’s towns. One of the constant architectural features of the town is arcading, noticeable on many commercial premises, in addition to its more subtle use on bank buildings. Some upper floors of other buildings have paired round-headed windows, echoing the arcade motif. 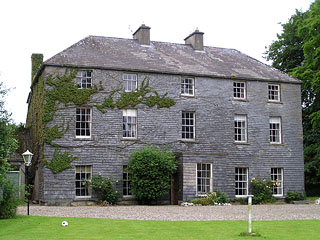 This selection, necessarily subjective, includes high status houses ranging from the mid-sixteenth-century Ormond Castle to the early nineteenth-century Swiss Cottage. Churches are often the most conspicuous buildings in any locality, presenting the greatest wealth of artistic details and architectural features. The Cathedral of St John the Baptist, the adjacent diocesan library and the bishop’s palace represent a nationally-important group of Church of Ireland structures in Cashel. The denomination’s churches in Clonmel and Fethard have been in use since the thirteenth century. John Nash’s church in Cahir is the only example by that architect in Ireland. The interiors, as well as the exteriors of the Catholic churches of Cashel, Clonmel and Tipperary Town are sumptuous examples. The fine two-storey thatched farmhouse at Carrick-on-Suir is a rare survival. In the same town is the outstanding medieval bridge and at Cahir stands a fine stone and cast-iron railway viaduct. 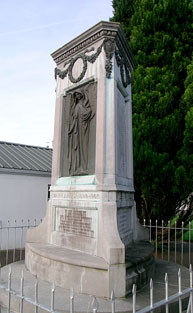 South Tipperary has a notable collection of public monuments, mainly in the towns and villages. About half of them commemorate the struggle for national independence. The unusual seated statue of Charles Kickham in Tipperary Town and the round tower in the Knockmealdown Mountains memorialising Liam Lynch, are particularly notable. Wars on foreign soil are remembered by the monument in Cahir to the First World War and in Kickham Barracks in Clonmel to the Boer War, this latter being a rare Art Nouveau sculpture by Orpen. There are elaborate mausoleums to Jerome Scully on the Rock of Cashel, to Cornelius O’Callaghan at Clogheen and to Charles Bianconi at Boherlahan 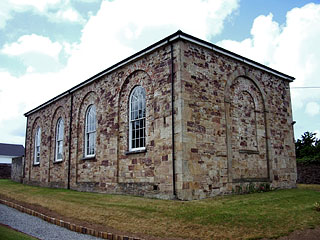 This community had a huge impact on life in South Tipperary. Its members established a thriving woollen industry in Carrick-on-Suir and nationally-significant milling operations in Clonmel and Cahir and later, Clogheen and Castlegrace. The remains of this industrial heritage are to be seen in all of these places. Quaker merchants have also left us a legacy of fine dwellings, whether large detached houses like Melview, Minella and Castlegrace, or streets of more modest houses at Anne Street and Doctor Croke Place, Clonmel. The notable locally-born architect, William Tinsley, was responsible for many of the projects instigated by Quaker families. 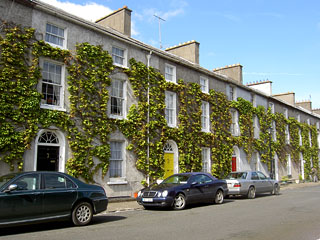 Thomas Tinsley and his son William designed many of the finest early-to-mid-nineteenth-century buildings in the county, especially in Clonmel and Cahir and the area around Fethard. The father was responsible for the Scot’s Church and Anne Street in Clonmel, the latter regarded as the finest residential street in the county. William, who was more prolific, was responsible for a number of country houses, such as Lakefield and Tullamain Castle, additions to the house and provision of estate bridges at Grove, all near Fethard. He also designed the former Methodist church at Clonmel, on the site of one built earlier by his father, and a group of Quaker-owned detached houses in the suburbs. Cahir showcases the work of Tinsley in his designs for streetscapes on Castle Street and The Square. 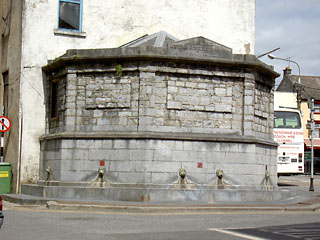 The towns of South Tipperary are notable for having some elaborate fountains and wells. Cashel, which is very unusual for not being sited on or near a river, has many public water sources in the town, comprising an elaborate fountain, a water tank or reservoir, a well house and several cast-iron water pumps. Cahir also has a fine fountain, endowed by the local Butler estate. Church Well in Tipperary Town was endowed by William Smith O’Brien. There are many cast-iron pumps in the countryside, many set up on stepped concrete plinths, with surrounding walls. There is an unusual corbelled stone well at Ballyporeen, set into the side of a bridge. Today, with piped water, these water sources have mainly become disused, but stands as evocative memories of different times.