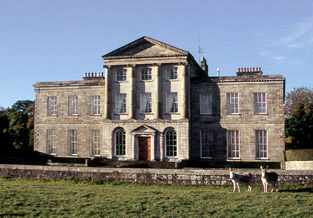 With the ending of the Williamite Wars, County Wicklow, like the rest of Ireland, entered an era of comparative political calm. Consequently, the county’s landowners, now secure in their positions, commenced the building of new mansions. They were also in a position to be able to experiment with the latest styles of architecture without the need to refer to defensive matters. At the outset many landowners were constrained by a lack of resources and therefore the first generation mansions were of relatively modest scale and relatively plain appearance. The old house at Clonmannon (c.1700) near Ashford, is a good case in point. As the sense of security of the Irish aristocracy grew over the following decades their greater access to wealth helped foster a shift towards more ostentatious buildings such as Rossana (c.1720), near Ashford and Clermont (1730) at Rathnew. Palladianism, was to dominate architecture in both Ireland and Britain in the half century after 1714. County Wicklow possesses two of the finest examples of large Palladian mansions to be seen anywhere in both countries, Powerscourt House (1731-40) and Russborough House (1741-48). Both houses were the work of the German-born architect, Richard Castle (1690-1751). Although few landowners could aspire to the exuberant grandeur of a Powerscourt or a Russborough, many of the succeeding generations of landowners were affluent enough to make important architectural statements. By the second half of the eighteenth century Ralph Howard MP, built a mansion at Shelton (1770, 1819) near Arklow and the 1st Viscount Monck (1769-1802) was responsible for the construction of Charleville House (1797), one of the most memorable country houses in Wicklow. The seventeenth-century house at Kilruddery, near Bray, was extensively extended and remodelled for the Earl of Meath in the early 1820s. The boom in country house building which characterised much of the first half of the nineteenth century, and indeed, the century before that, tailed off almost completely by the twentieth century. Humewood (1867) at Kiltegan, a massive Gothic pile built for William Hume Dick was a notable exception. These and many more grand country houses and their associated gardens have formed the legacy which still delights the senses and gives to Co. Wicklow its ‘Garden County’ ethos. 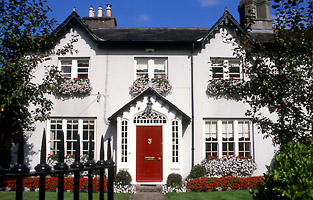 Private country houses were not the only means through which Wicklow’s aristocracy and gentry found architectural expression. They also accomplished this, and at the same time furthered their commercial interests, through establishing and developing estate villages. The village of Enniskerry, which was redeveloped by the Wingfields of Powerscourt after 1815, is one such example. Here the Romantic notions which inspired the taste for Gothic and Tudor styles in the county’s mansions, were also quickly adopted in buildings of a more modest nature. In many of the buildings in Enniskerry village, the mixture of elements derived from the Tudor style and the use of purely picturesque decorative elements was used extensively. The village school house (1818), constabulary barracks (c.1840), inn (c.1711, c.1835), almshouse (c.1840), hall (c.1850) and a large proportion of dwelling houses within and just outside of the settlement, exhibit Tudor style elements such as gables, steeply-pitched roofs, tall chimneystacks and mullioned and transom windows but also use purely decorative elements such as overhanging eaves with elaborate bargeboards and finials. The result is a village whose structures complement their well-wooded, almost Alpine, surroundings.

Bray and its terraces 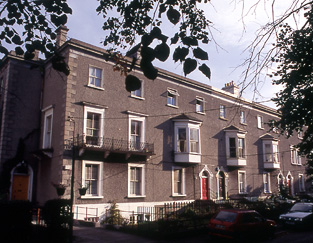 Technological advance led to the extensive development of Bray and came in the form of the railway, which reached what was then a relatively small and relatively unimportant market town in 1854. Almost immediately, it sparked off a building boom that transformed the town into a fashionable seaside resort, which was to enter the popular imagination as ‘the Brighton of Ireland’. The handful of enterprising individuals central to this transformation included William Dargan (1799-1867), and local businessman, John Quin junior (d.1869). Dargan laid out The Esplanade (1859-61) while Quin supplied the land that allowed the Dublin and Wicklow Railway Company to lay out Quinsborough Road. Grand rows of houses were erected along these routes, which rivalled the town houses of Dublin: Dargan [now Duncairn] Terrace (1859), Prince of Wales Terrace (1860-61) and Goldsmith Terrace (1863), Quinsborough Road are but a few. The Prince of Wales Terrace in particular, possesses a mid Victorian splendour to equal contemporary terraces in London. 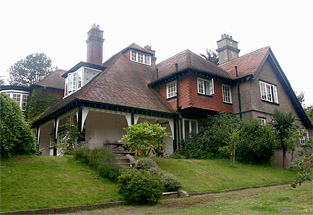 The successive passing of Land Acts towards the end of the nineteenth and the beginning of the twentieth century transformed the landholding system from one of territorial landlordism to one of owner occupancy in Wicklow. These changes freed up land for development, particularly on the edges of the towns, where the aspiring middle classes availed of the opportunities to erect a type of dwelling largely new to the county, the suburban villa. All of the country’s larger urban areas were to witness this to a greater or lesser extent, but none so spectacularly as Greystones. Between 1890 and the outbreak of the First World War in 1914, a sizeable portion of the Burnaby estate on the southern side of the town was taken up with a particularly dense development of such houses. The middle classes, like the aristocracy and gentry of a century earlier, were keen that their new houses should reflect the latest architectural fashions. Among these were the designs based on English mediaeval vernacular forms, which had been promoted by William Morris (1834-96) and the Arts and Crafts Movement in Britain from the 1860s onwards. When translated to the Edwardian suburban villa, these forms evolved into what became known as the Domestic Revival style. This was marked by the use of asymmetric plan forms and large expanses of roofs, usually tiled. Tall chimneystacks, gables, dormers, and mullioned and transom framed windows were also typical, as were facades composed of a mixture of roughcast/pebbledash, mock timber-framing and brick. Greystones contains several classic examples, which utilise all, or most of these elements. 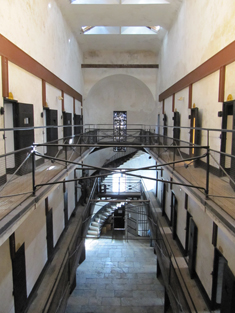 As the county town on a good harbour, Wicklow has a number of important institutional, civic and religious structures that contribute to its character. Although the original gaol predates the courthouse, there is an obvious link between them. The gaol is now open to the public as a visitor attraction. An impressive building on Main Street is a rare example of a purpose built post office in a provincial town. Civic pride is also seen in the memorials commemorating two noted Wicklow men, Billy Byrne, hero of the 1798 Rebellion, and Captain Robert Halpin (1836-1894), responsible for laying an estimated 41,800 km of underwater telegraph cable.