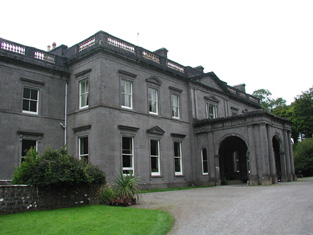 Following the Williamite settlement landowners started to develop their estates and began to build large country houses within their own parkland setting, characteristic of the Irish countryside. Captain Owen Wynne acquired the Hazelwood estate in 1722 and employed the distinguished architect Richard Castle (c. 1690-1751) to design a house worthy of the wonderful setting on the shores of Lough Gill. The Coopers of Coopershill, near Riverstown, and the Crofton family at Longford, were responsible for two of the best mid-eighteenth century country houses in the county. In the nineteenth century, large landowners continued to develop their properties either by tearing down or extensively remodeling older houses. Fine examples include: Lissadell built 1830-50; Annaghmore, built 1820, remodelled about 1860; Markree, built 1802, remodelled about 1870 and Templehouse, built about 1865, substantially extended and embellished c. 1864, adjacent to earlier Perceval dwelling dating from 1650. Austere styles, exuding a gloomy and introspective presence, characterise most of these great nineteenth century houses. 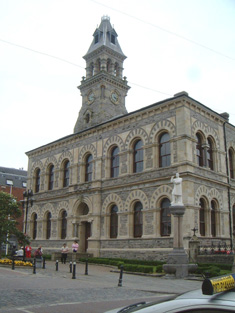 In the nineteenth century economic, political and social change and therefore architectural change, was rapid. This was marked by the erection of many fine public buildings as the power and institutions of the state developed. These include Sligo Townhall, Courthouse, the Gilooly Memorial Hall and the Model School (the Model Arts & Niland Gallery). The consolidation of land holdings after the famine encouraged the development of a more settled small economy in rural areas and the growth of trade in the towns. This is reflected in the remarkable nationwide expansion of the local branches of banks. Many financial institutions took their inspiration from the architecture of Renaissance Italy, home of the modern banking system, such as the Allied Irish Bank, Bank of Ireland, and Ulster Bank. These exuded an air of institutional security and opulence, reassuring would-be customers of the banks profitability and stability. In contrast freer architectural treatment was favoured for such buildings in the twentieth century such as the former Royal Bank of Ireland (Yeats Memorial Building) and the former National Bank (EJ Jeans menswear). 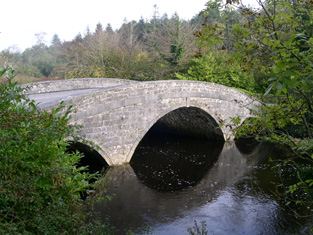 Bridges were vital in facilitating ease of movement around the county, especially one crossed by so many rivers and tributaries. Various styles and materials were employed, although the majority were of stone and exhibited high standards of engineering and craftsmanship. A broad selection of bridge lengths can be found right across the county including: the single arch bridge over the Owenykeevan River at Caltragh; the triple arch bridge spanning the Owenmore River in the Annaghmore Demesne; Easky Bridge a four-span road bridge over the river Easky at the eastern entrance to the village; Templehouse Bridge, a five-span limestone bridge that forms part of the Templehouse demesne; and at the larger end of the scale, the seven-span Ardcree Bridge. 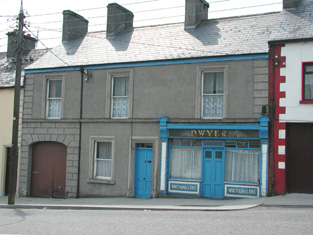 Following the Great Famine, economic and social recovery was evident in the developing streetscapes of the towns and villages of Sligo. Houses previously utilised solely for residential purposes were increasingly dedicated to commercial use, with the family living in the upper storeys, as in Wherly Brothers, Sligo, Dwyer’s & Cawley’s, Ballymote and more modest versions such as J. Costello, Grange and J. Harte, Sligo. The smaller inland market centres saw the emergence of the multi-functional business, exemplified by Quigley’s public house, grocery, general merchant’s building and latterly a petrol station in Collooney. In other cases the liberal granting of leases of building ground resulted in the building of the ‘fine shop houses’, two of the grandest in the county being Leonard’s Hardware store in Tobercurry, and The Sligo Warehouse, Henry Lyons and Co. Ltd., Sligo Town. The distinctive shopfronts, which were to become one of the most distinctive features of Irish towns, were also to be replicated in the design of pubfronts. Thomas Connolly, & Hargadon Brothers, both in Sligo Town, together with L. Hayden, Ballymote, utilise a range of motifs common to the architectural vocabulary of neo-Classicism: pilasters, cornices and corbels. 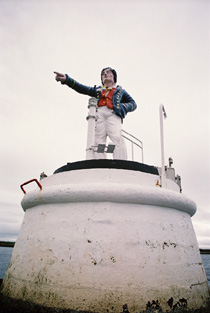 Around the coast harbours were built which greatly assisted fishermen and, in some places, contributed to the development of small holiday resorts. Mullaghmore and the small harbour at Raghley are just some examples. In the nineteenth century other measures were implemented to achieve greater safety for mariners including Black Rock Lighthouse, erected in 1819, with high quality of limestone masonry, achieved in a difficult location. The Metal Man on Perch Rock off Oyster Island has become one of the coastline’s more distinctive features. The construction of coastguard stations in exposed and isolated locations such as that at Derk, afforded further protection for shipping. The remarkable series of stone pillars erected in the 1840s guided travellers across Cummeen Strand at low tide. However the expansive coastline also presented other hazards such as the on-going threat of invasion which lead to the construction of structures such as the look-out tower at Carrownrush, built about 1810. A few substantial coastal settlements – Inishcrone, Easkey, Strandhill, Rosses Point and Mullaghmore, despite their remoteness from the main centres of population and the fact that none were served by the railway, were attractive because of the splendid beaches and dramatic mountain backdrops so favoured by Victorian travellers. This lead to what we would now recognise as the beginning of a tourism industry in the county and saw the increase in the construction of coastal structures to enhance the attractiveness of the resorts. Bathing huts became a feature of Sligo’s beaches. The turreted seaweed baths in Inishcrone is an example of a formerly popular facility which now languishes unused although, close by, Kilcullen’s Seaweed Baths still offers its therapeutic service to customers.