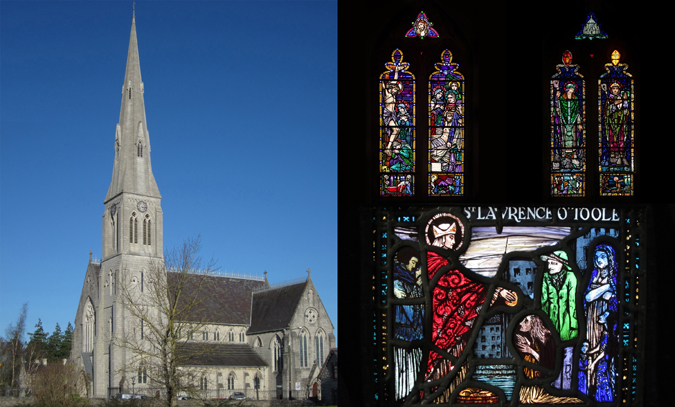 Saint Joseph’s Catholic Church, designed by James Joseph McCarthy (1817-82), the “Irish Pugin”, has dominated the centre of Carrickmacross since the mid nineteenth century.  The eye-catching tower was added by George Coppinger Ashlin (1837-1921) at the turn of the twentieth century.  The decoration of the interior continued into the 1920s when Harry Clarke (1889-1931), Ireland’s best known stained glass artist, received a commission for a single two-light window.  The commission eventually increased to a suite of ten two-light windows and today visitors to the church will see jewel-like scenes from the Bible and depictions of the Irish Saints including Saint Ceara, Saint Dympna, Saint Macartan and Saint Tigernach, amongst others.