“Up to a Point” – Pyramids in Britain and Ireland Webinar 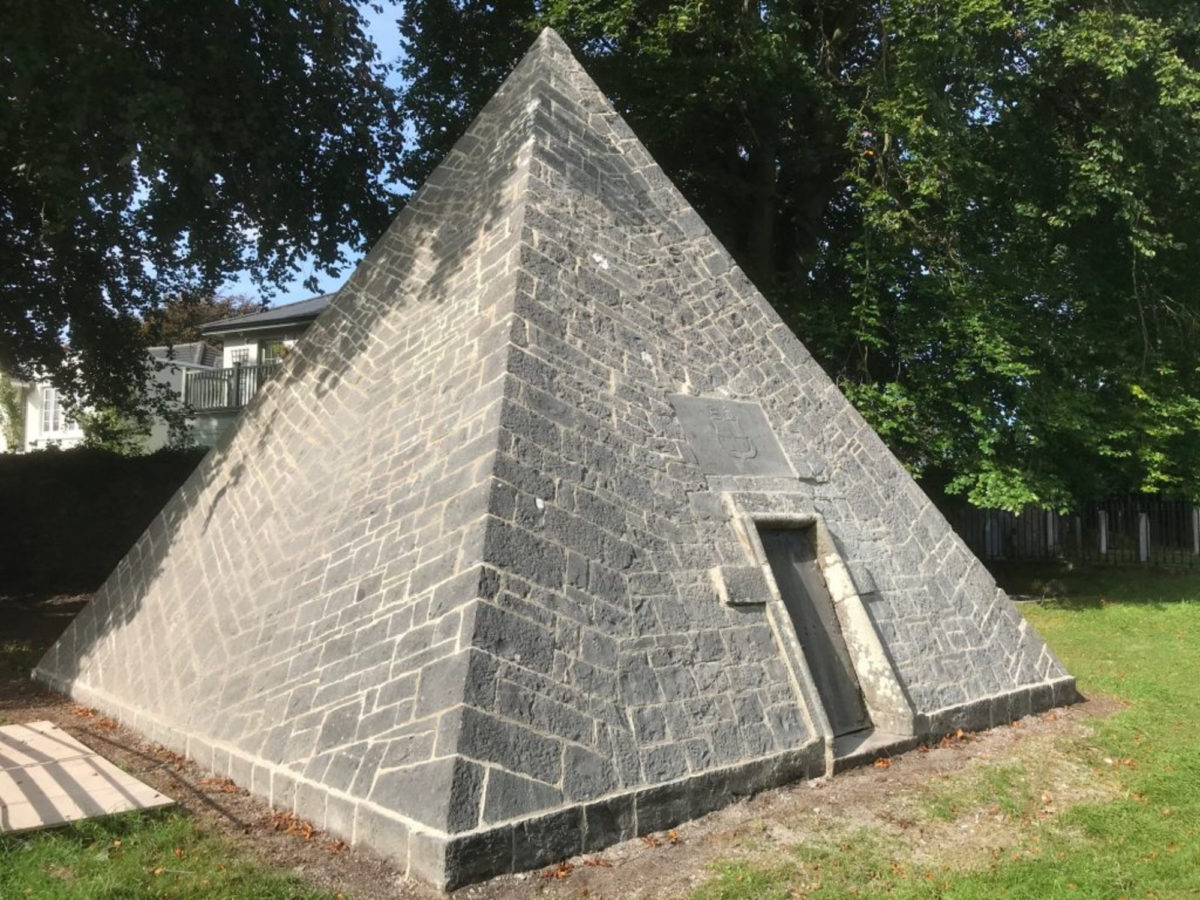 David Winpenny, the author of Up to a Point, will deliver a webinar at 7:30pm on Thursday 26th November 2020 where he will set the pyramids of Britain and Ireland in their historical context and tell the story of the mausolea, ornaments and general pyramidal oddities that turn up in the most unexpected of places. David will also take a look at the builders of the pyramids, a motley crew including eccentrics, engineers, philanthropists and philosophers.

David will showcase some little-known gems like Britain’s only cast-iron pyramid, an Irish pyramid that sheltered the IRA, a Formica pyramid in Scotland and a Welsh pyramid made of road signs.

Whether your interest is in architecture, gardens and designed landscapes, New Age philosophy, scandal, or just what it is that prompts people to place triangles together to create an eye-catching shape, the Up to the Point webinar is bound to surprise you.

The Up to the Point webinar is an initiative of The Follies Trust. Click here for more information.

Our photograph shows the Burgh Mausoleum in Maudlins Cemetery, Naas, County Kildare, which was erected by Walter Hussey Burgh (1801-62) to house the remains of his late wife Elizabeth Jane (née Fitzgerald) (1801-34). The mausoleum is one of a pair in the burial ground, a unique pairing according to David Winpenny, although the builder of the second is currently unknown. The Burgh Mausoleum has recently been conserved and restored with the financial assistance of a grant of €15,000 from the Department of Housing, Local Government and Heritage under the Built Heritage Investment Scheme 2020.