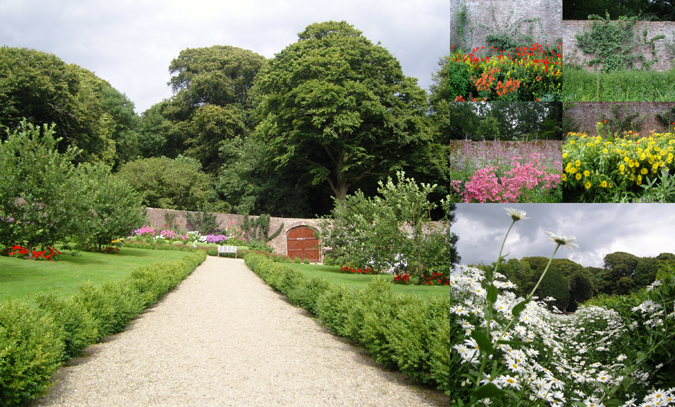 The first mention of the walled garden at Tintern Abbey is found in A.A. Atkinson’s The Irish Tourist (1815) where the writer describes ‘a very beautiful and fruitful garden, of two or three acres, enclosed by a handsome brick wall, and abounding in the delicacies of the season’.  Following the donation of Tintern Abbey to the Irish State in 1959 the walled garden was abandoned to nature and became overgrown.  The gradual restoration of the walled garden by a team of volunteers began in 2010 and the 1830s layout shown on the Ordnance Survey was reinstated.  The restored garden, which opened to the public in 2012, is divided into two sections: the Ornamental Garden and the Kitchen Garden.

Back to Places to Visit: Wexford