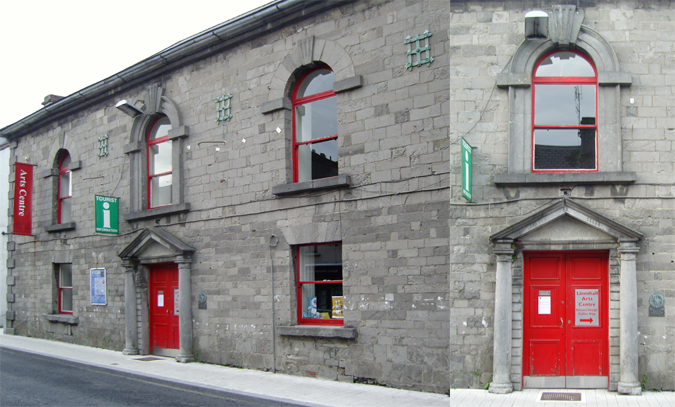 “The Linen Hall occupies one of the centrepieces of Castlebar’s heritage: with its solid façade the hall evokes the bustling prosperity of the old linen traders” (Dr. Sean Lysaght, Galway-Mayo Institute of Technology).  Erected by Charles Bingham (1735-99), first Earl of Lucan, the linen hall attests to the importance of the textile industry in eighteenth-century Castlebar.  Repurposed as a town hall in the early twentieth century, and subsequently adapted as the Linen Hall Arts Centre in 1986, the linen hall hosts regular exhibitions and performances.  The keen-eyed may spot feint marks on the doorcase which, according to local tradition, were the result of a shoot-out between Crown and French forces during the 1798 Rebellion.