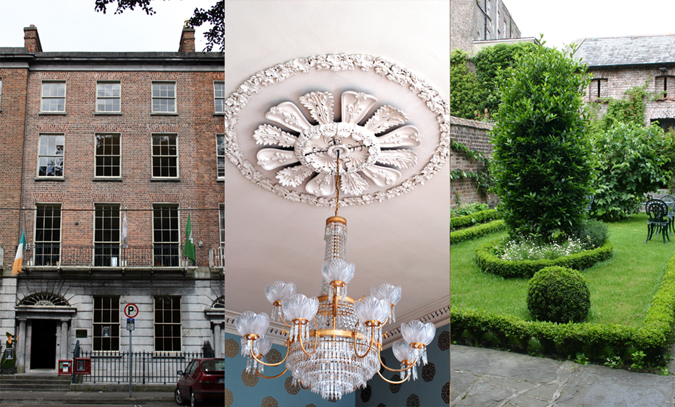 One of a terrace of six townhouses built between 1835 and 1838 by the Pery Square Tontine Company, 2 Pery Square and its immediate neighbours are regarded as the best examples of late Georgian architecture in Limerick City.  To raise awareness of the plight of period buildings in the city, Limerick Civic Trust purchased the townhouse in 1996 in order to restore it to its former glory and, stripping back layers of twentieth-century décor, uncovered original chimneypieces, joinery, paint work and plasterwork.  The adjoining garden has also been restored and the original layout of paths, beds and privies has been reinstated.

Back to Places to Visit: Limerick