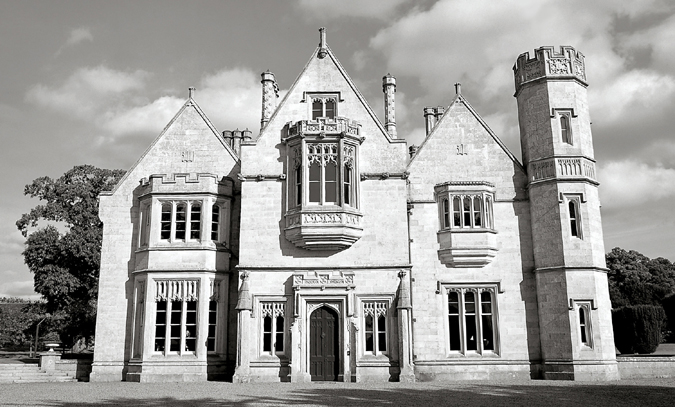 Dunleckney Manor, the ancestral seat of the Bagenal family, dates from the mid nineteenth century but is said to incorporate the fabric of an early seventeenth-century house.  A Tudor Revival masterpiece by Daniel Robertson (d. 1849), famed for his work at Johnstown Castle in County Wexford and the gardens at Powerscourt House in County Wicklow, Dunleckney Manor boasts intricate carved granite embellishments that impress as a testament to the skill of the stone masons employed by the Bagenals.  A tour of the house will reveal an elaborate staircase repurposing medieval woodwork “rescued” from Saint Canice’s Cathedral in Kilkenny and rich plasterwork in the late Perpendicular Gothic style.  Visitors may also amble through the gardens and parkland where an eighteenth-century lime avenue, once neglected, has been carefully restored.

Back to Places to Visit: Carlow