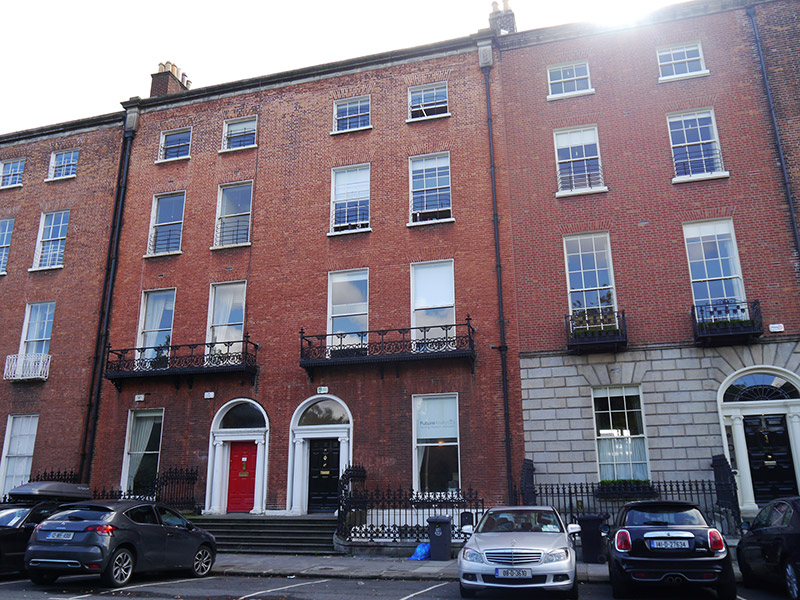 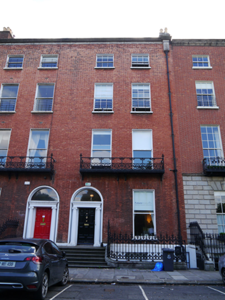 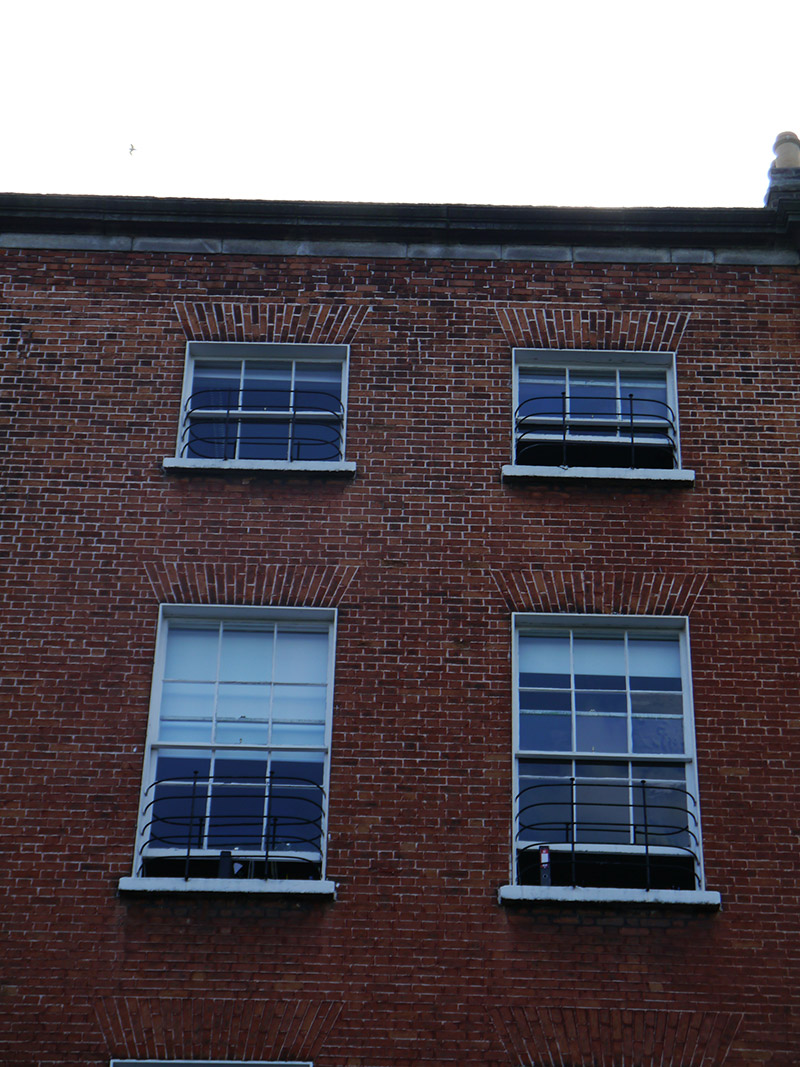 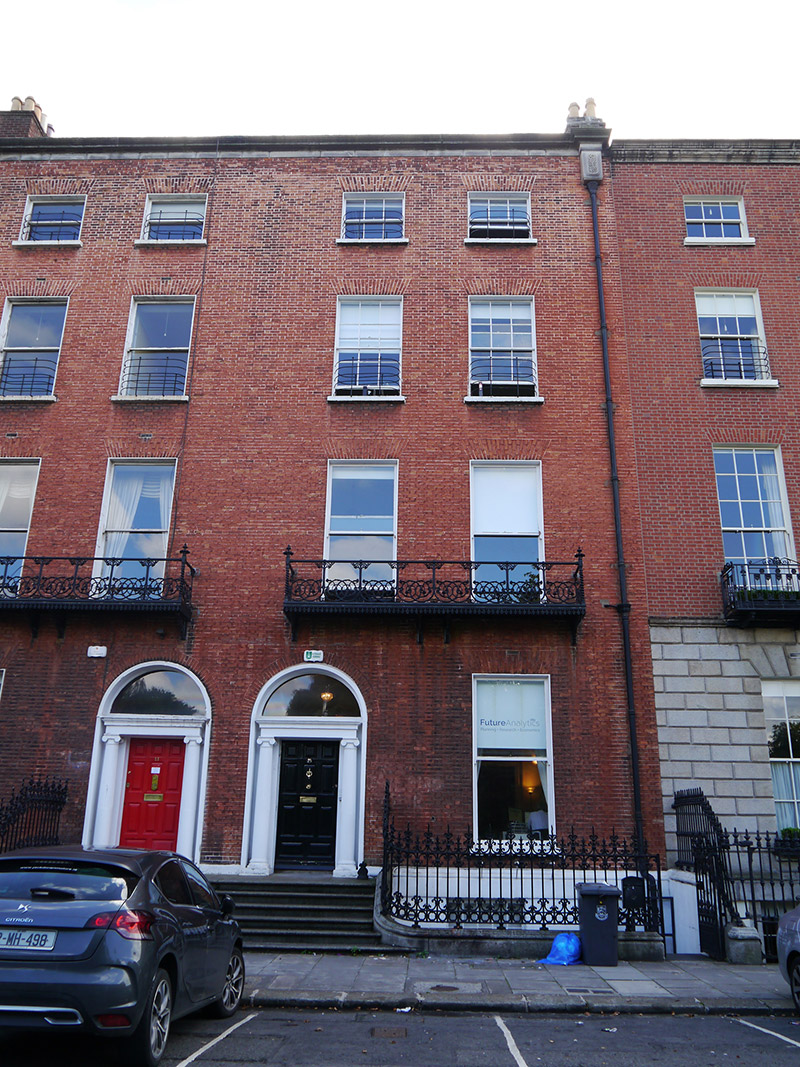 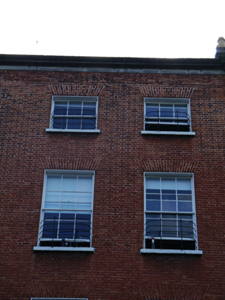 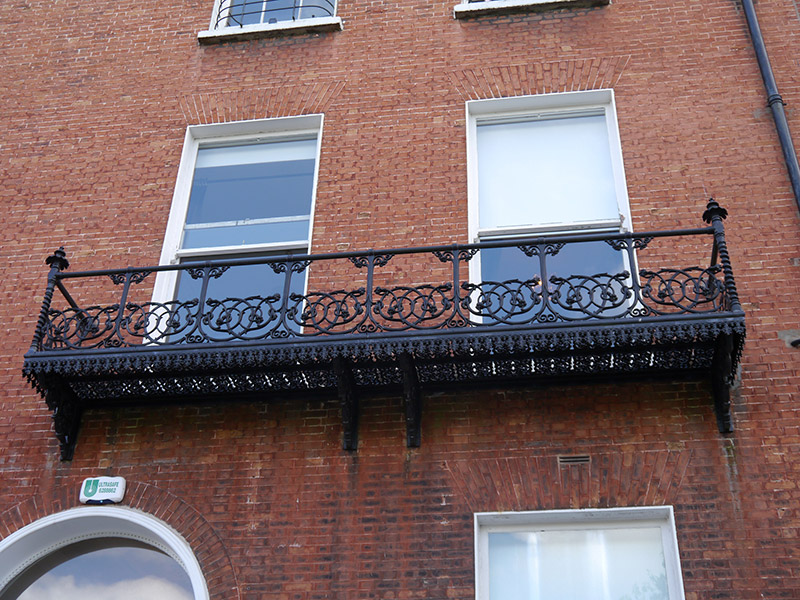 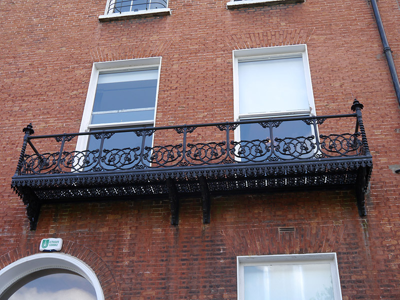 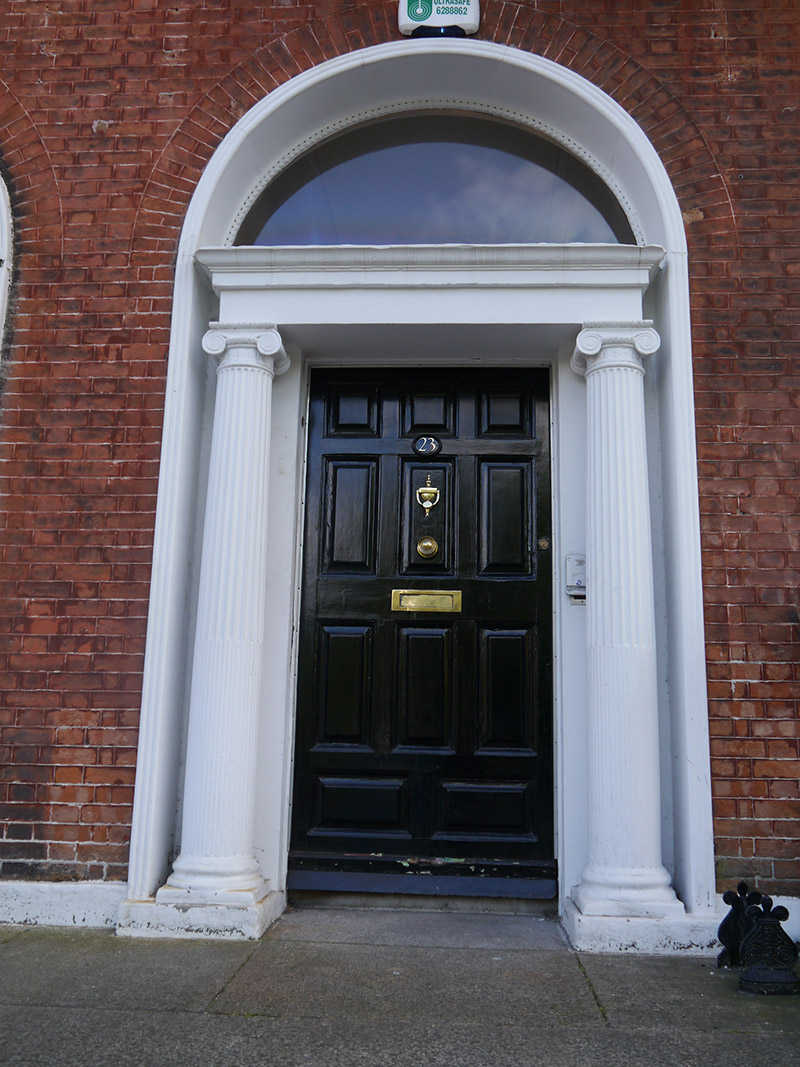 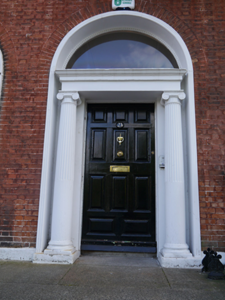 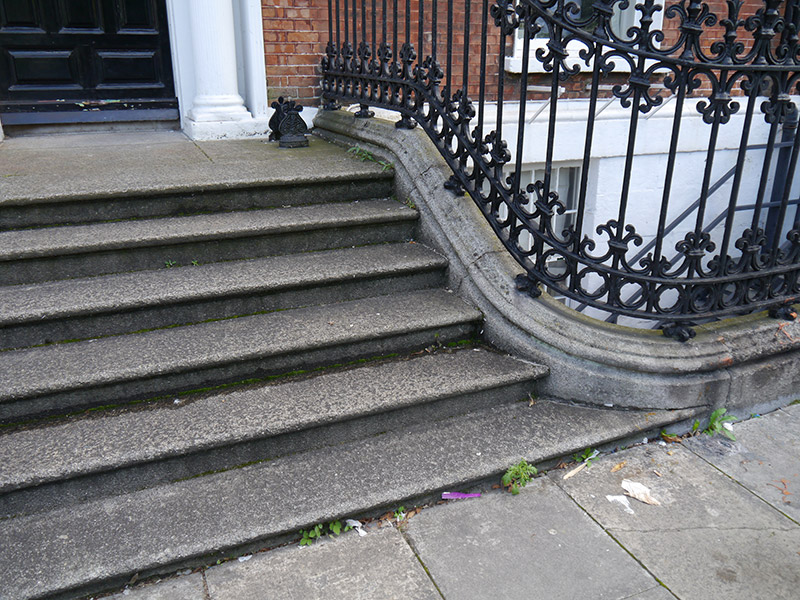 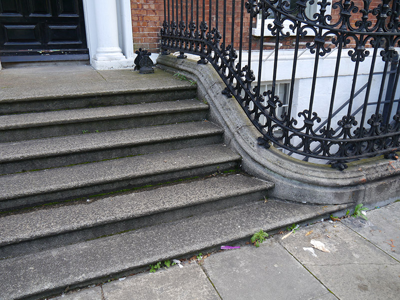 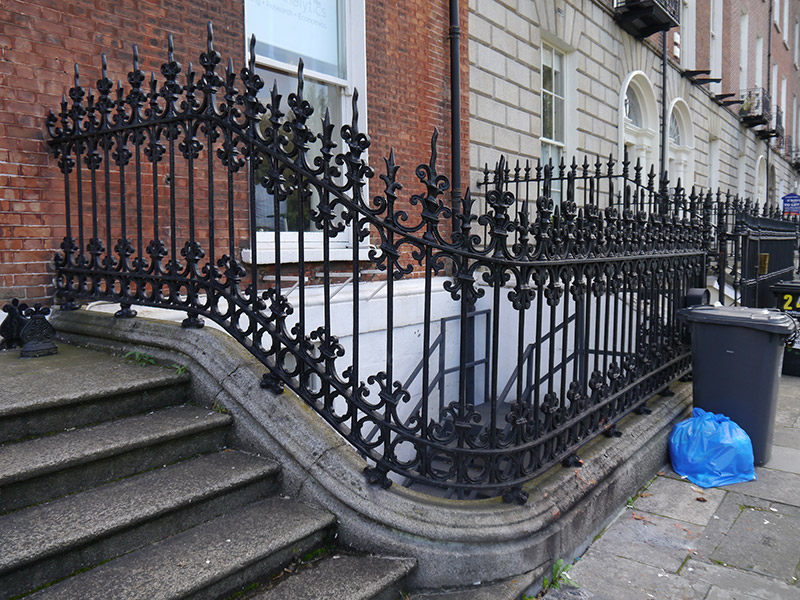 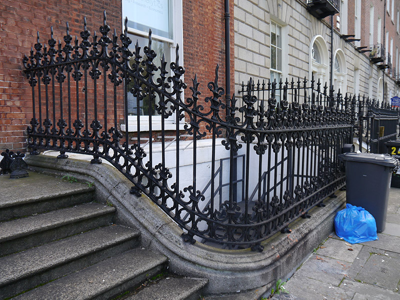 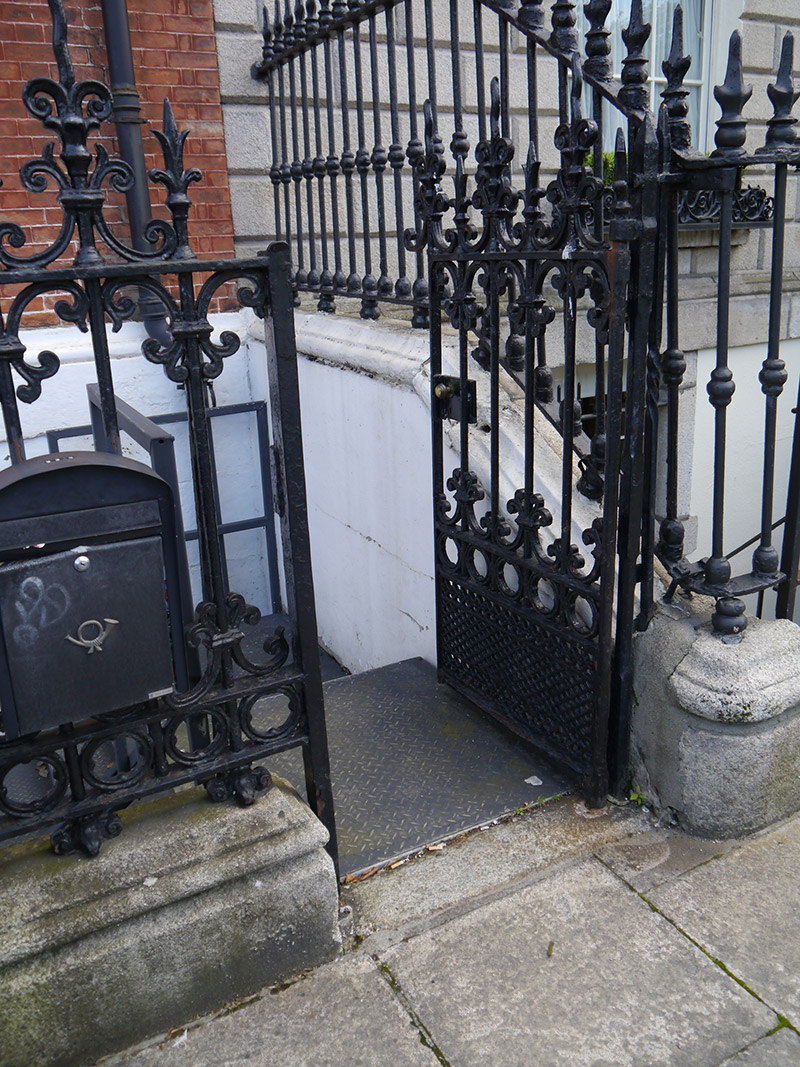 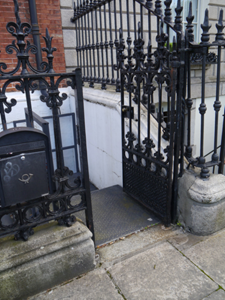 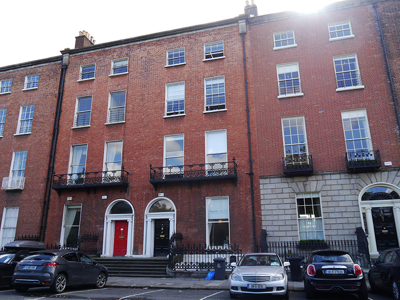 Nos. 19-23 were built as a unified group by the firm of Henry, Mullins & McMahon, although 22-23 are a pair with a slightly higher cornice level. A typical example of the Dublin Georgian townhouse, the well-balanced proportions and restrained detailing of the principal elevation is enlivened by the Greek Ionic doorcase, a common feature of Nos. 19-23, complemented by a variety of classically-styled doorcases across the remainder of the terrace. Retaining its original aspect to Fitzwilliam Square, the ornate balconettes, granite steps and decorative cast-iron railings serve to enhance the overall street setting. Forming part of a largely cohesive terrace, the subtle stylistic and material variations between the neighbouring groups of terraces highlight the speculative nature of the square’s development. The south side constituted the final phase of construction, c. 1823-8, comprising terraces by three different contractors. Laid out in 1791 by the surveyors J & P Roe, Fitzwilliam Square was the last of the city’s Georgian squares to be completed. Development was staggered and progressed slowly until after the Napoleonic Wars.