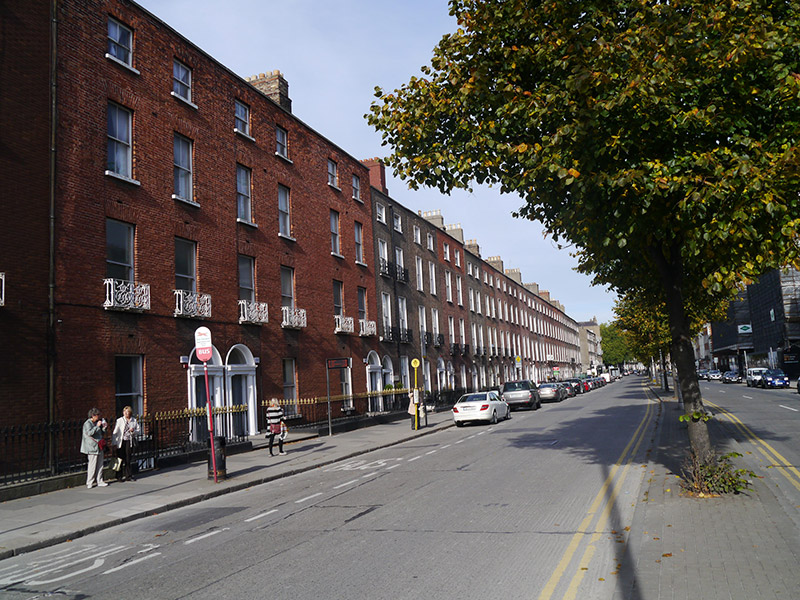 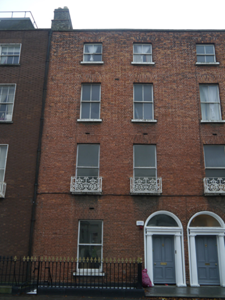 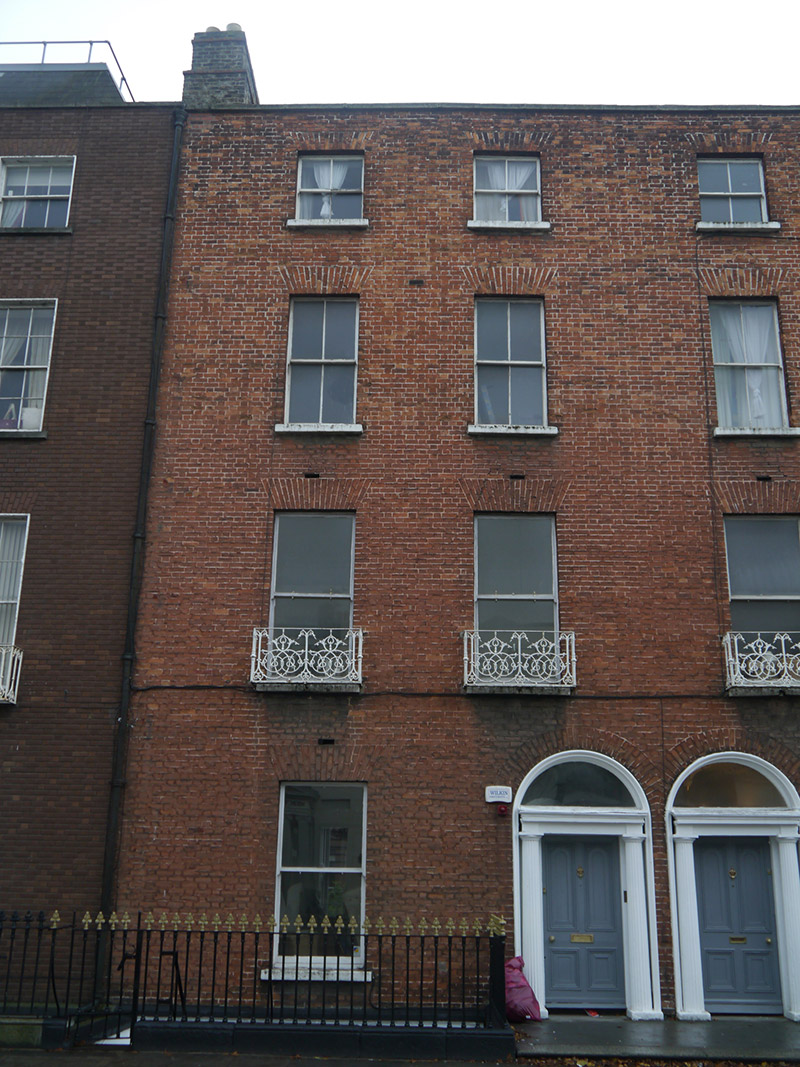 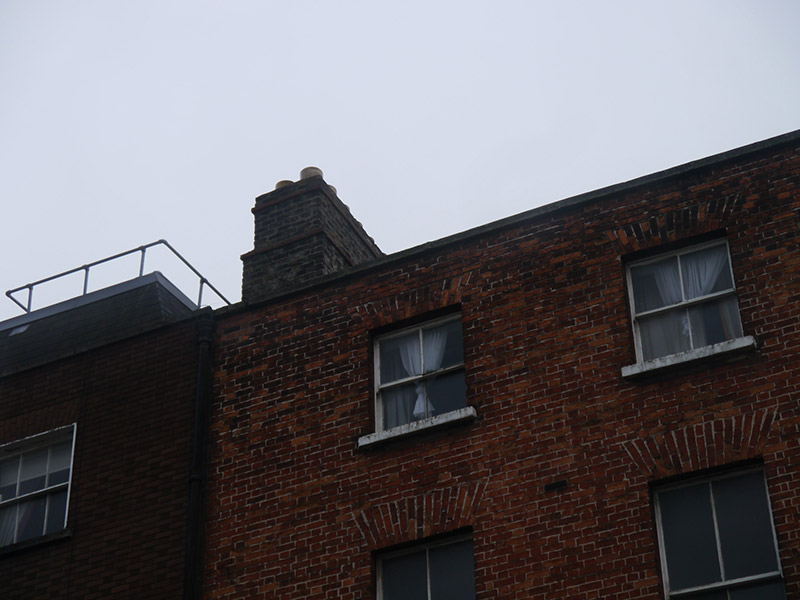 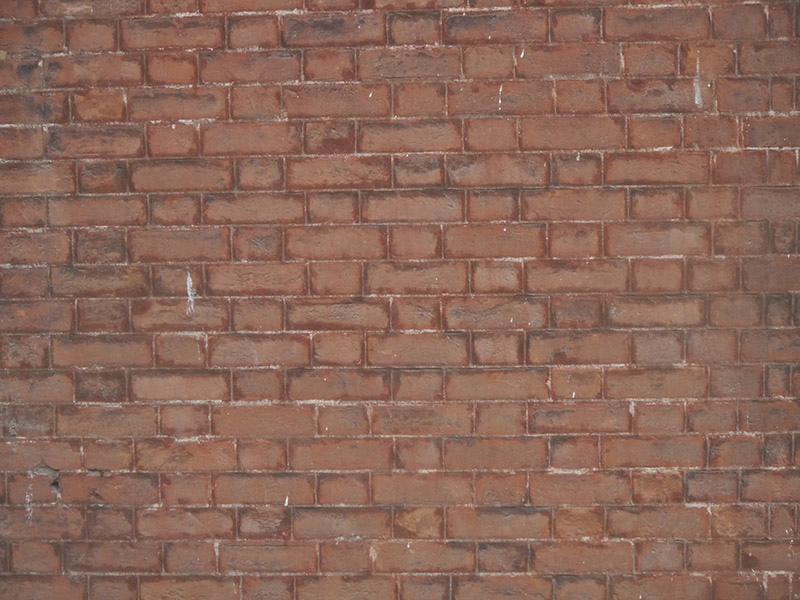 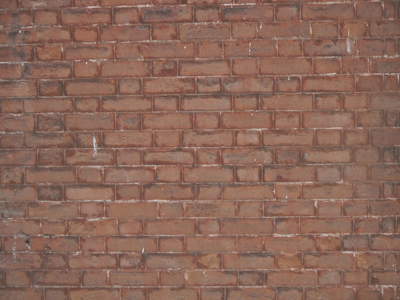 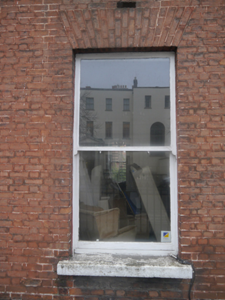 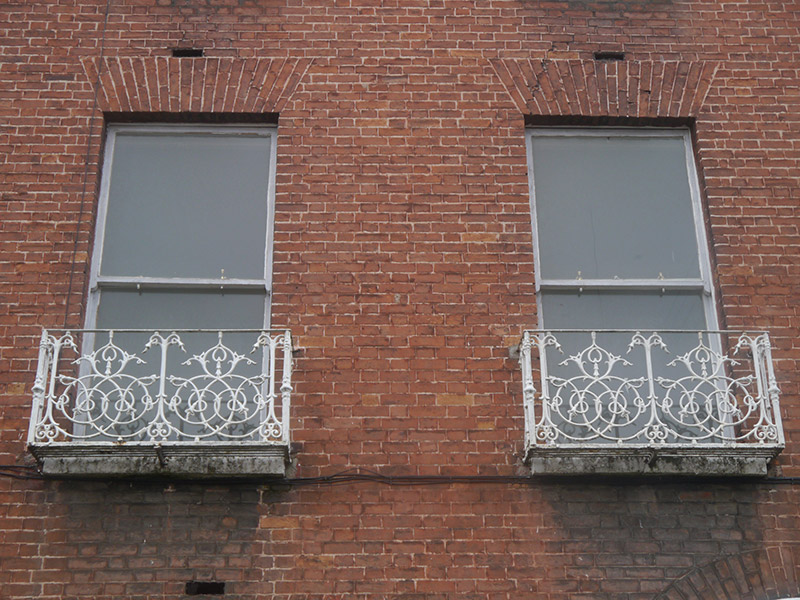 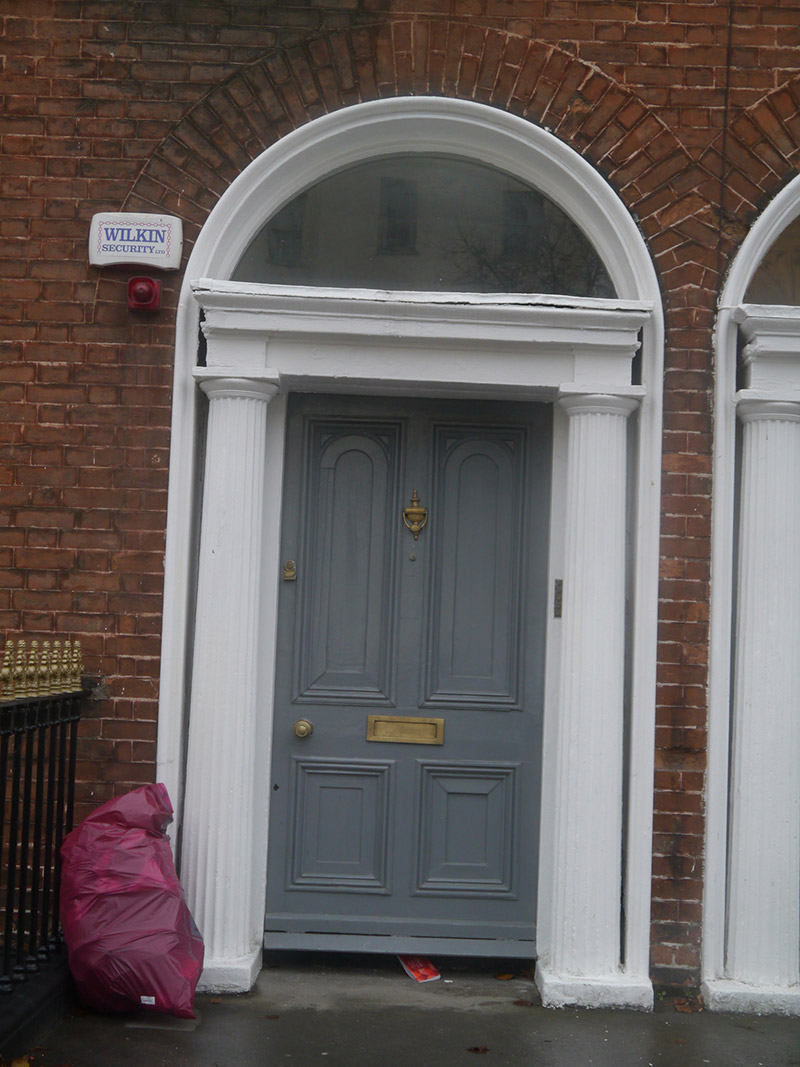 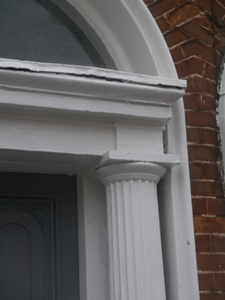 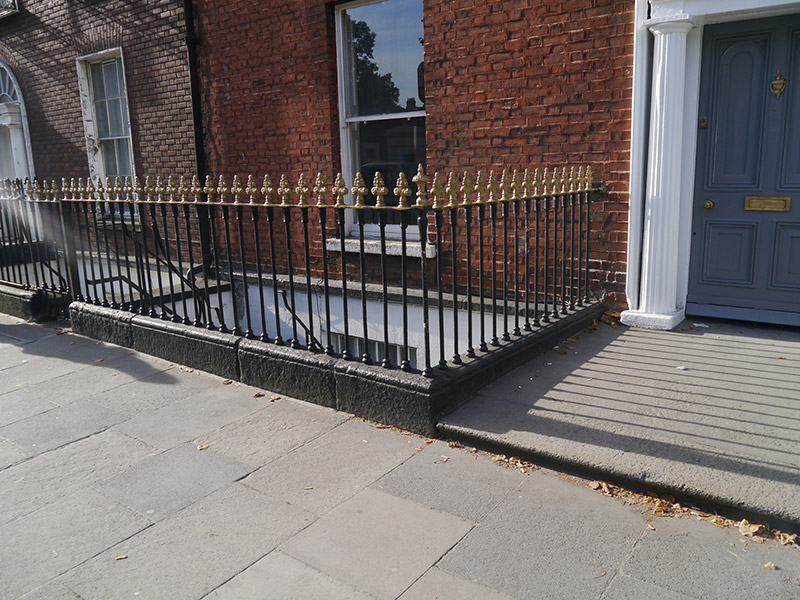 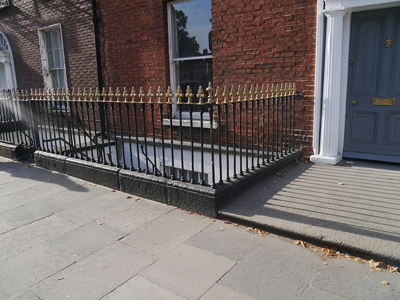 The cohesive terrace of Nos. 88-90 (50930182-4) was built in 1864 and contains some of the last of the Georgian-style townhouses to be completed on the street. Distinguished by a higher parapet level, single and twin-paned sashes and the striking red brick façade, the terrace is set apart from many of the earlier terraces which line the south side of Baggot Street Lower. Such discrepancies between neighbouring groups is indicative of the speculative nature of its development. Baggot Street, as it became known in 1773, is an ancient route from the city which was named after the manor granted to Robert Bagod in the thirteenth-century, called Baggotrath. Developed on Fitzwilliam’s land during the late-eighteenth century, construction of the street progressed slowly due to the economic recession of the 1790s; the area to the west of Fitzwilliam Street was built by the late 1790s but development to the east was more gradual with gaps remaining until the mid-nineteenth century.