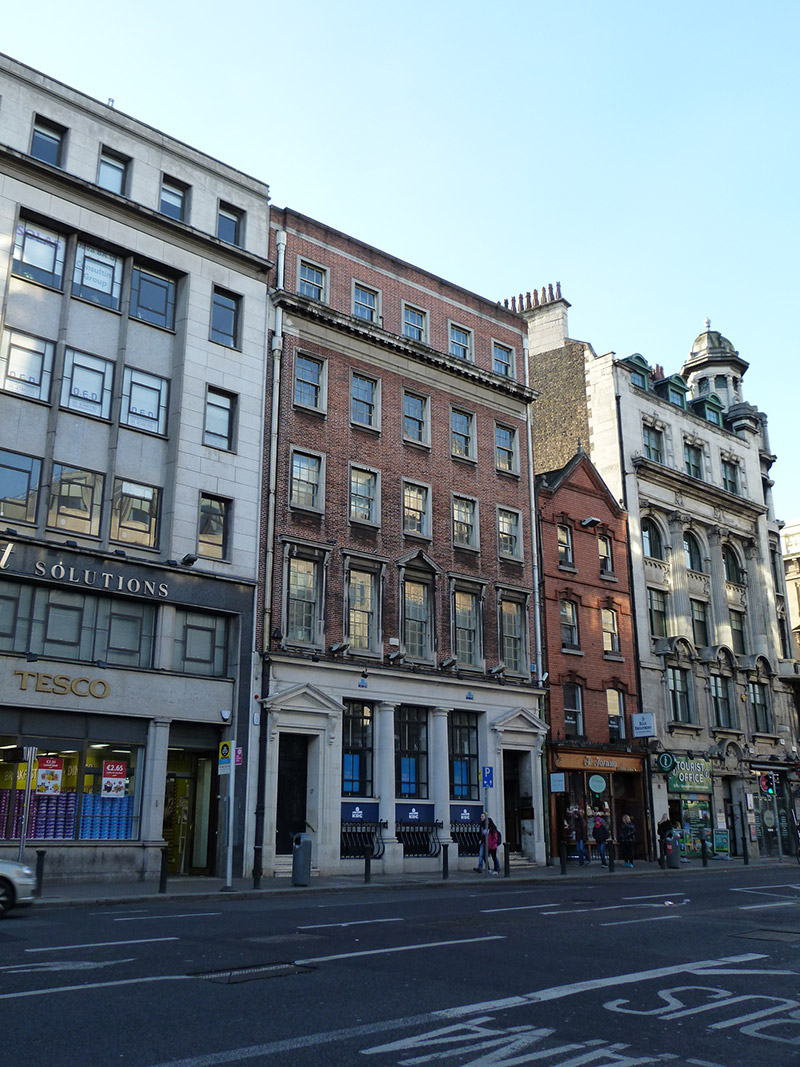 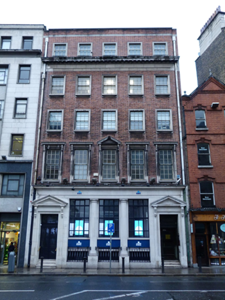 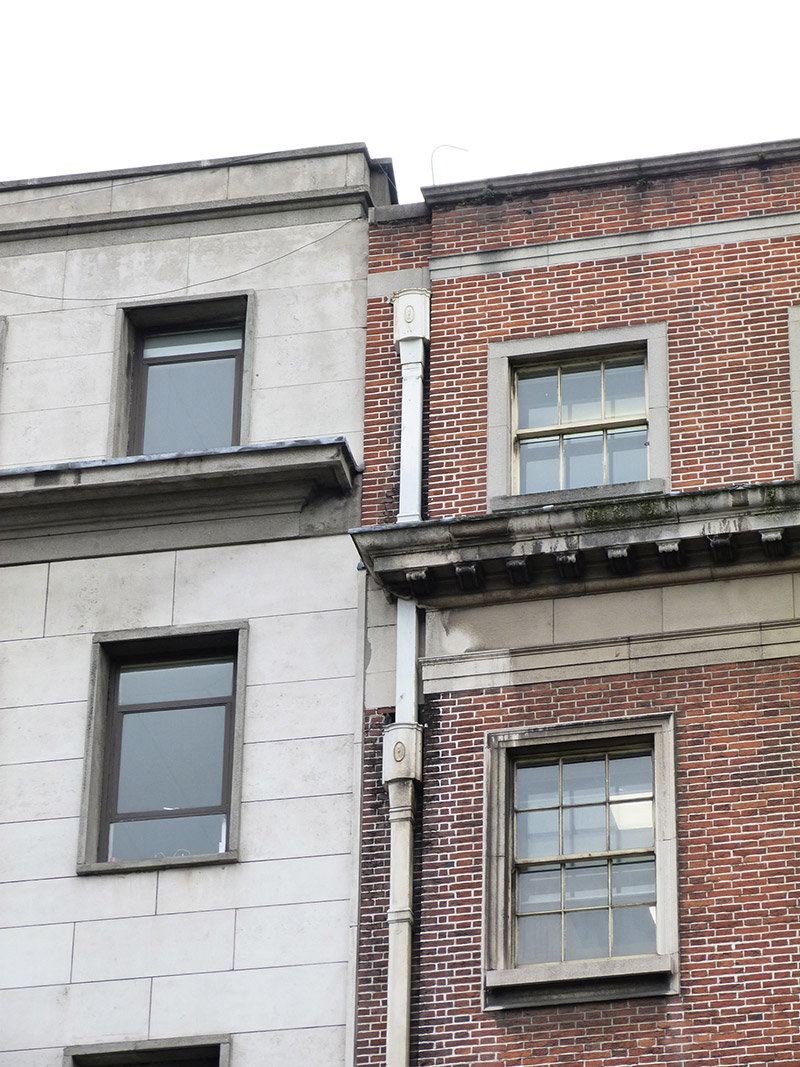 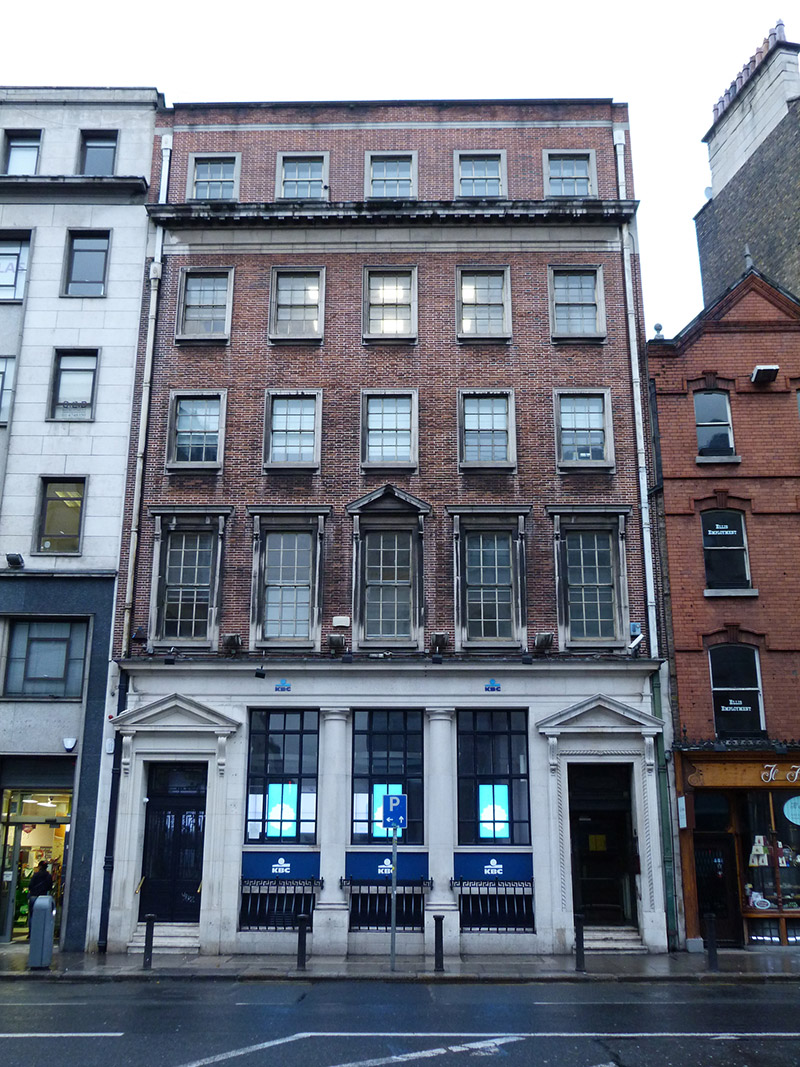 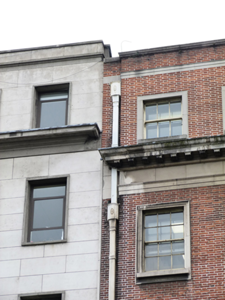 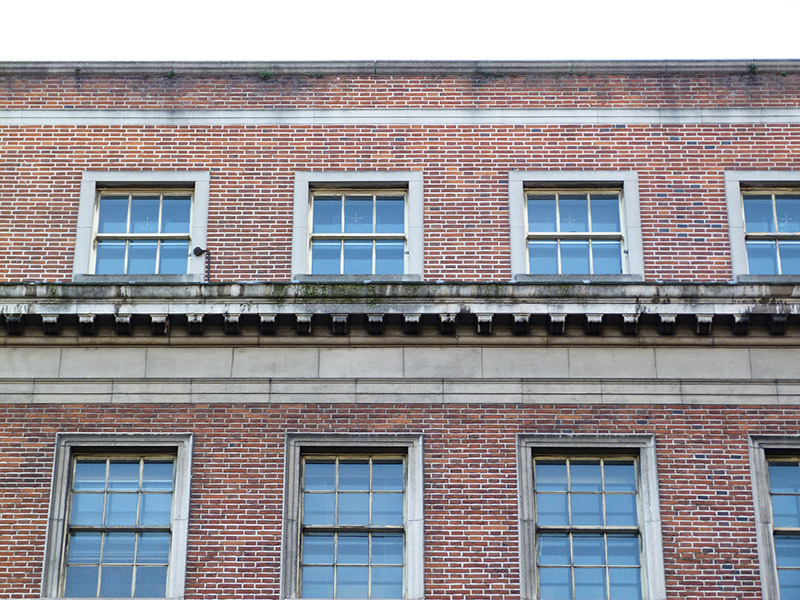 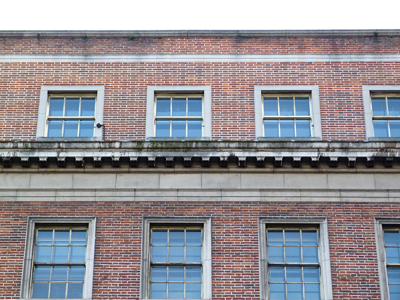 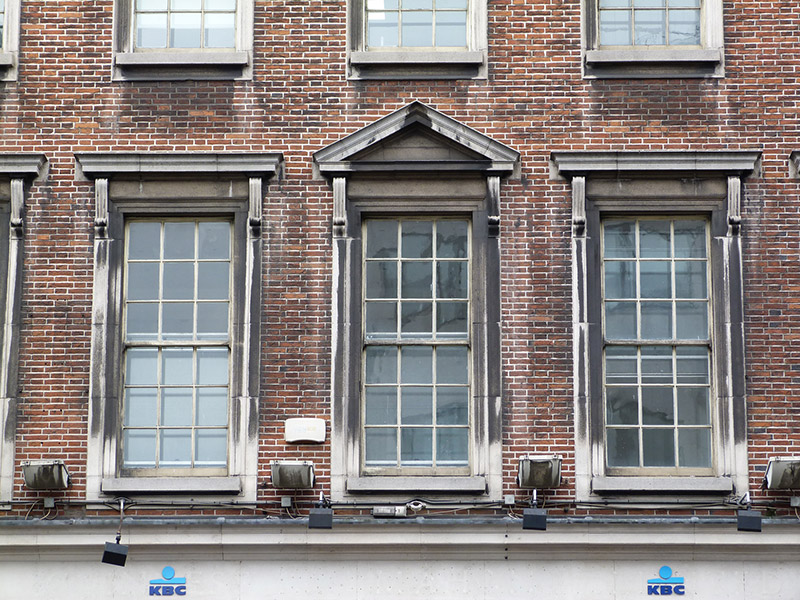 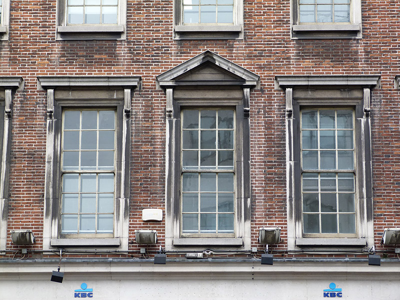 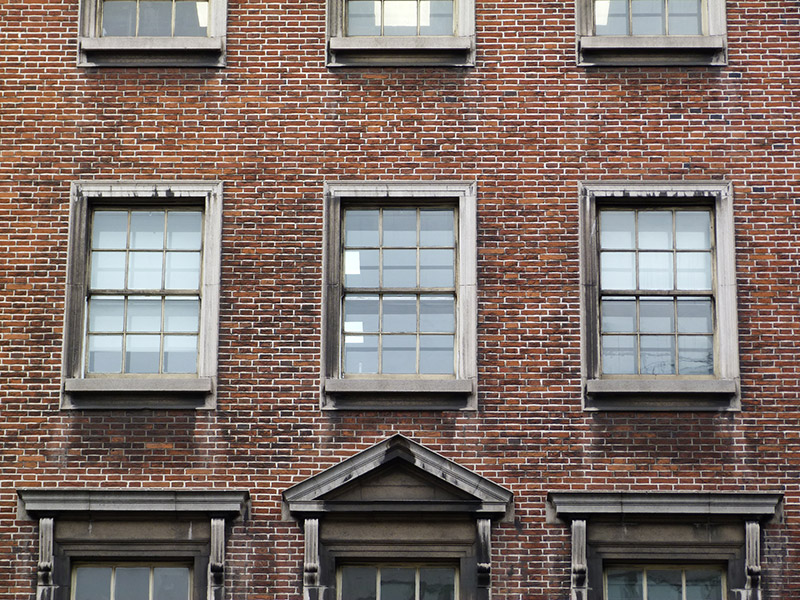 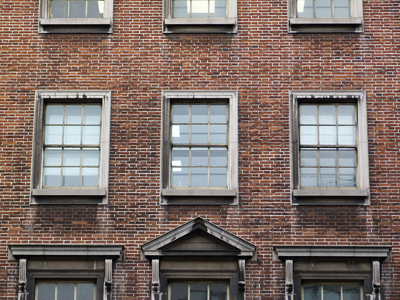 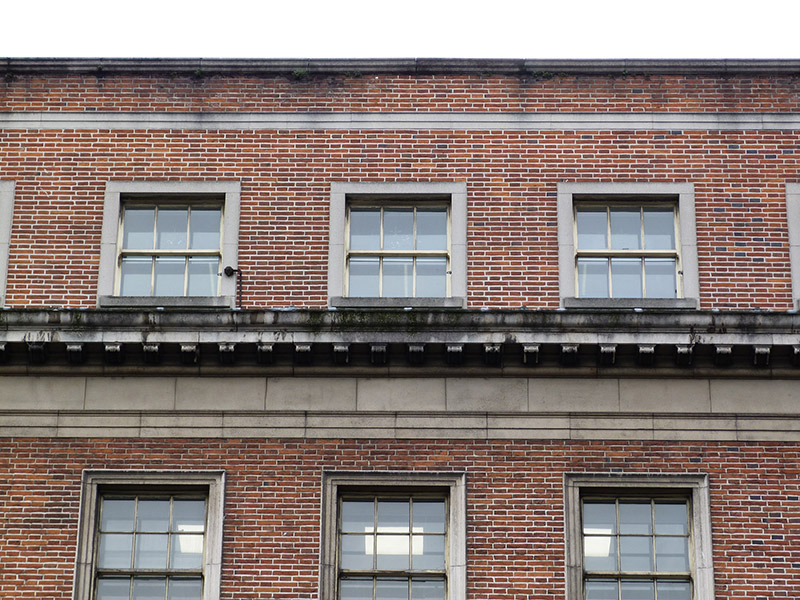 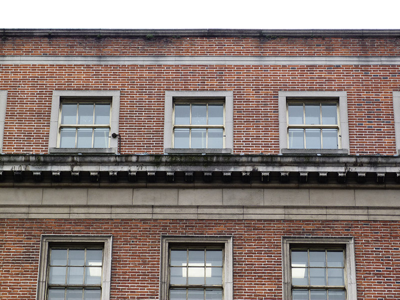 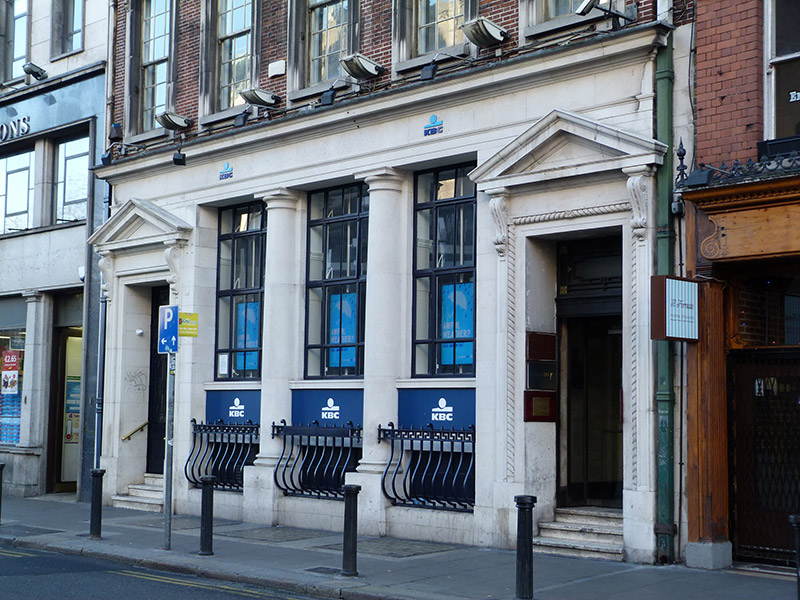 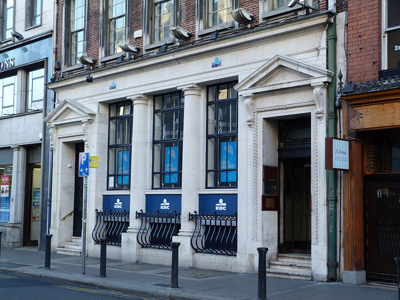 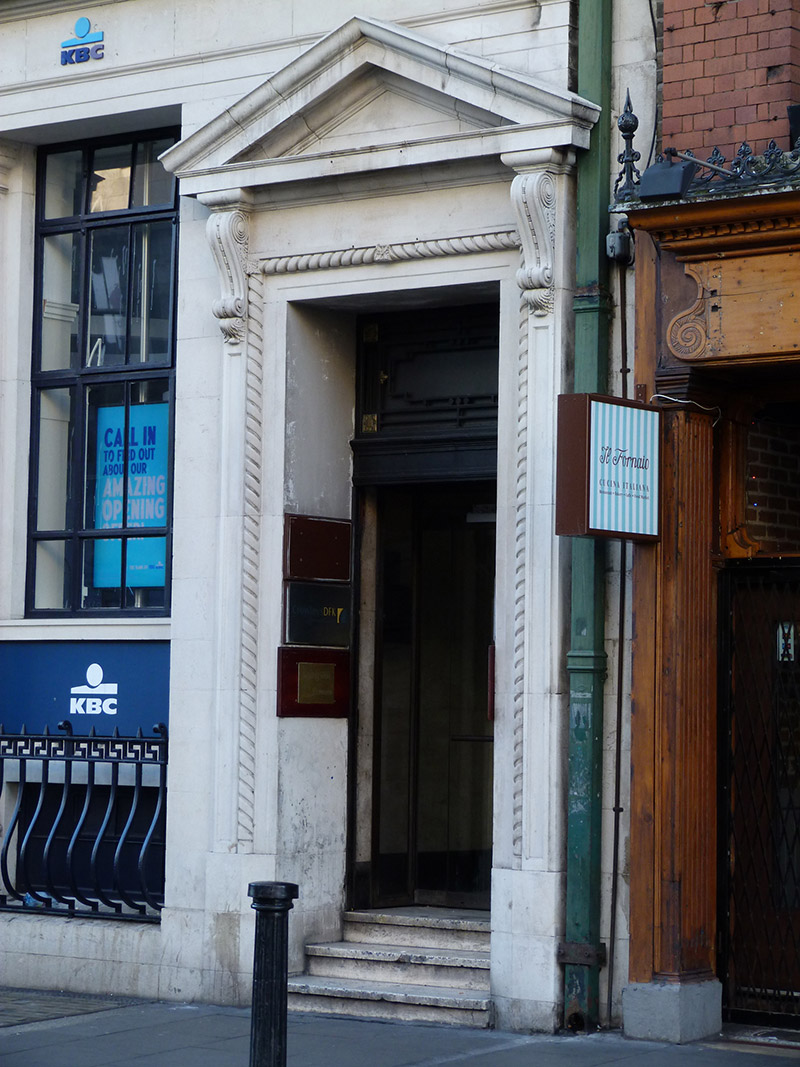 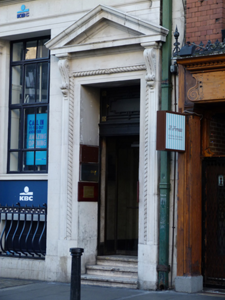 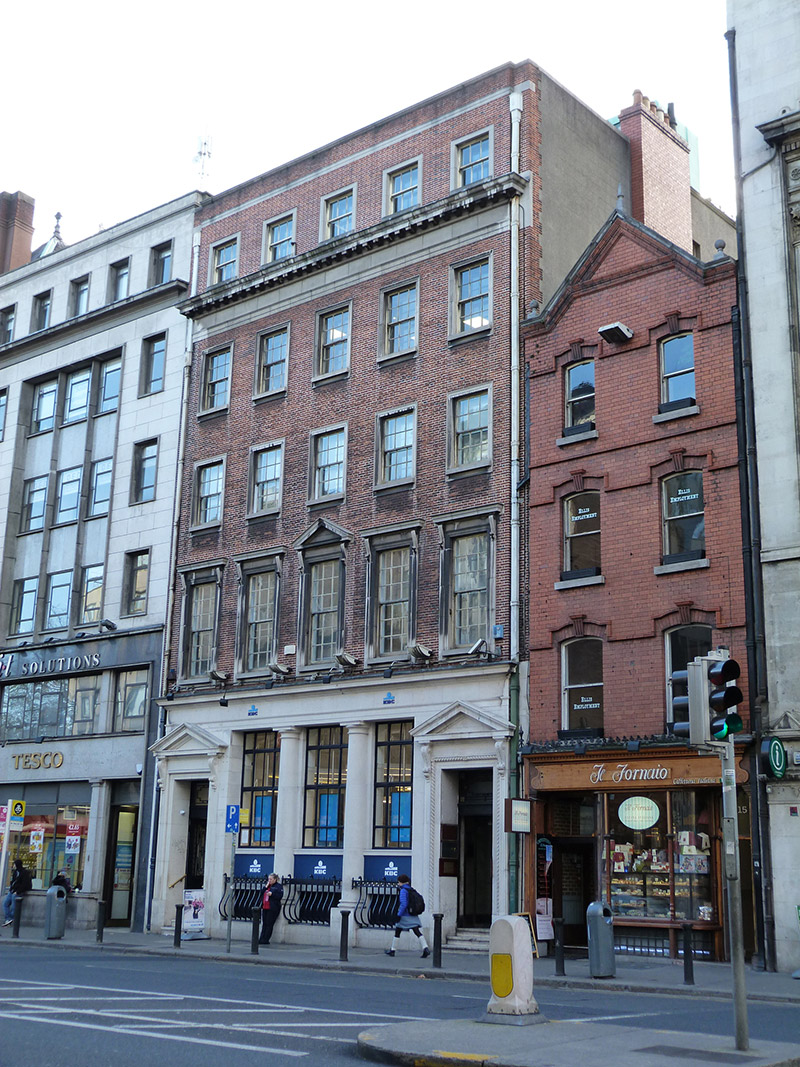 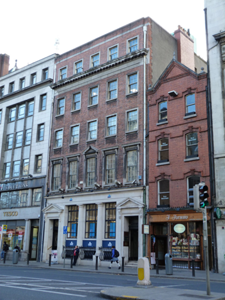 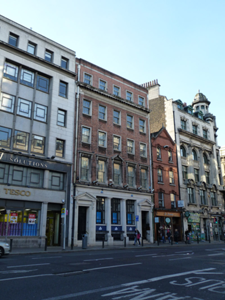 College Green was widened, remodelled and aligned with Dame Street by the Wide Street Commissioners in the 1780s. New commercial buildings and financial institutions were introduced to the street in the late nineteenth and early twentieth centuries and many structures were rebuilt or remodelled. The reconstruction of this building was undertaken in 1930-1 for the Guinness Mahon Bank, to the designs of Robert Donnelly. The contractors were G.& T. Crampton. It exhibits a pared-back classical-style façade with detailing that includes Tuscan columns, pediments and entablatures. The soft red brick and bright ashlar Portland stone are combined to good effect and provide variation to the façade.