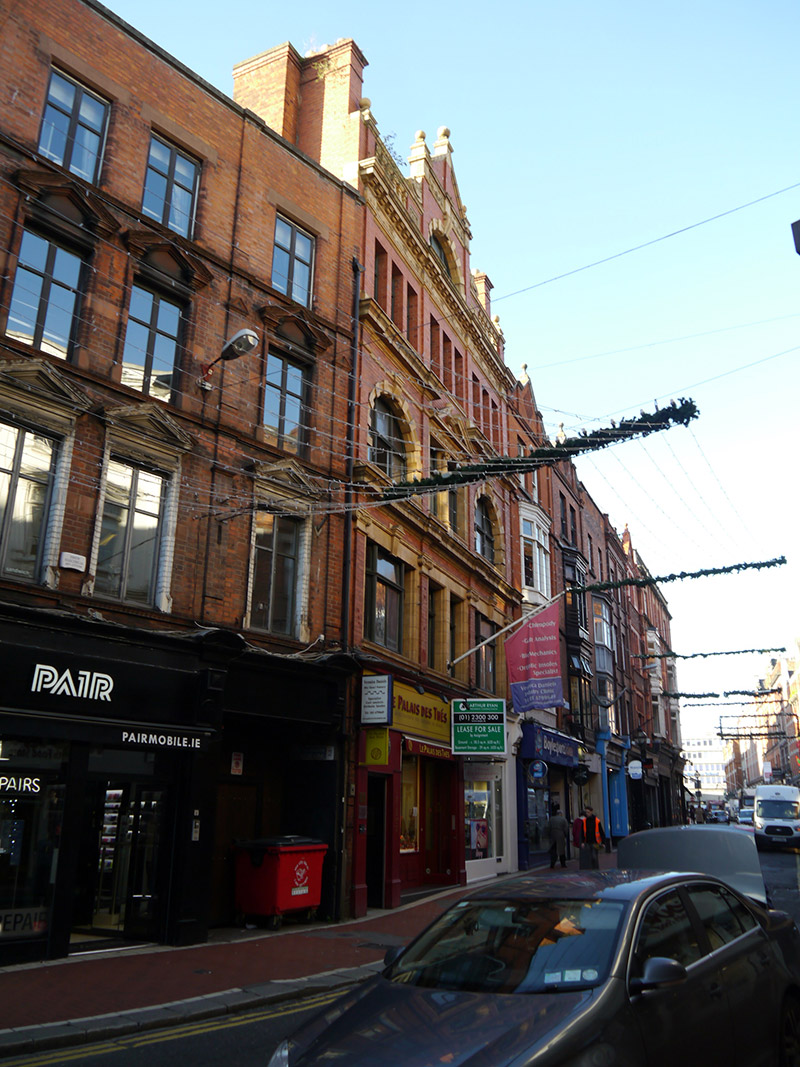 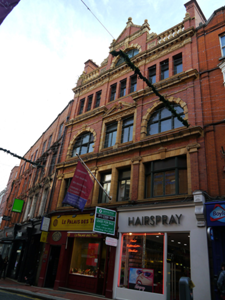 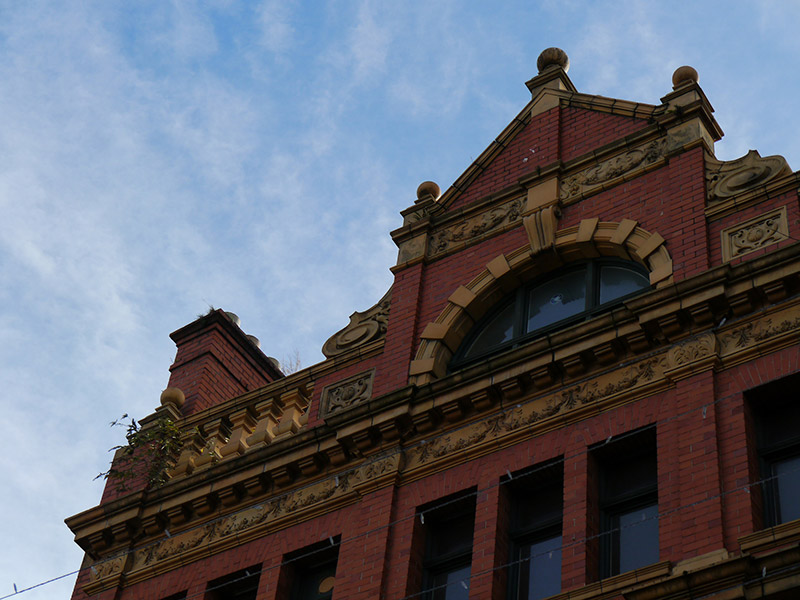 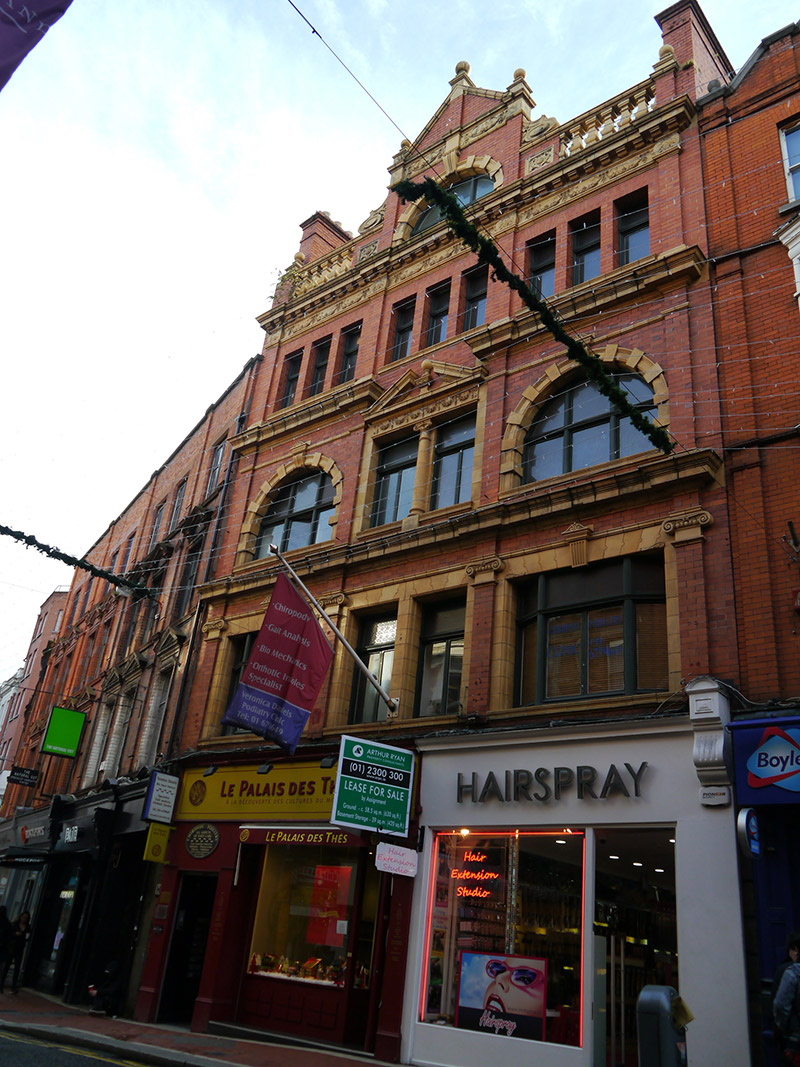 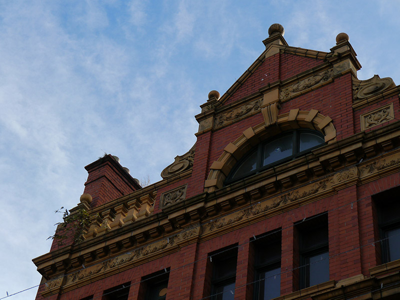 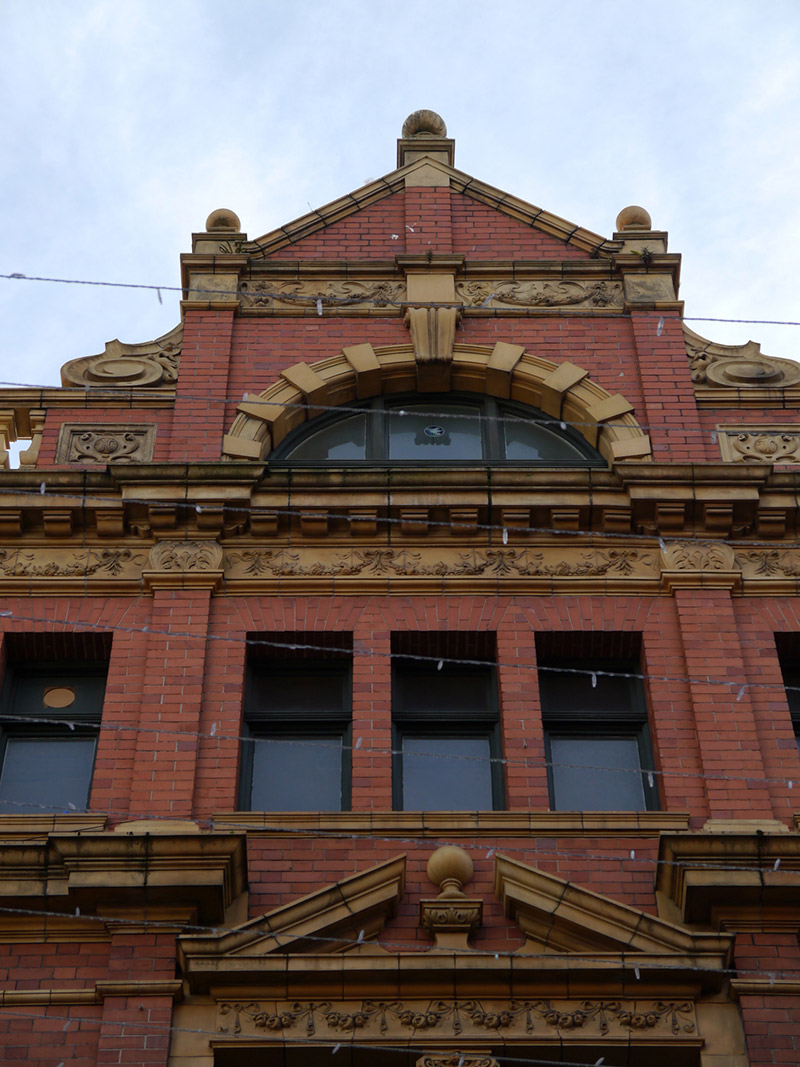 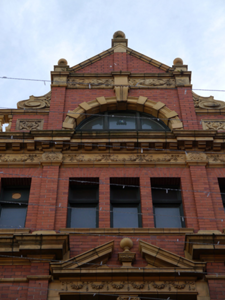 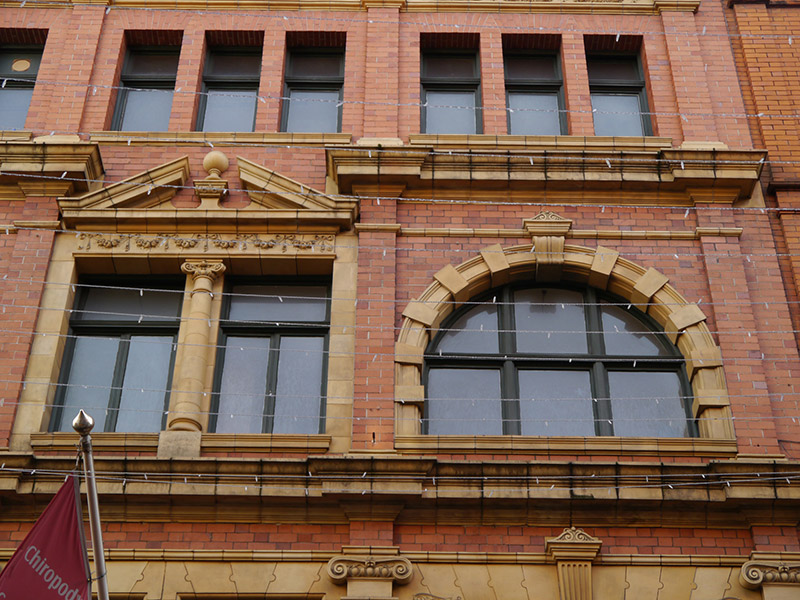 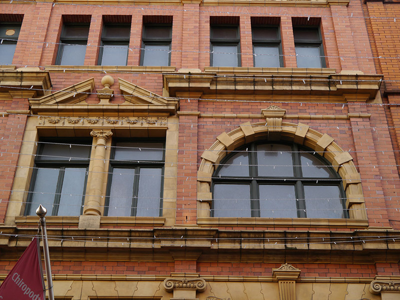 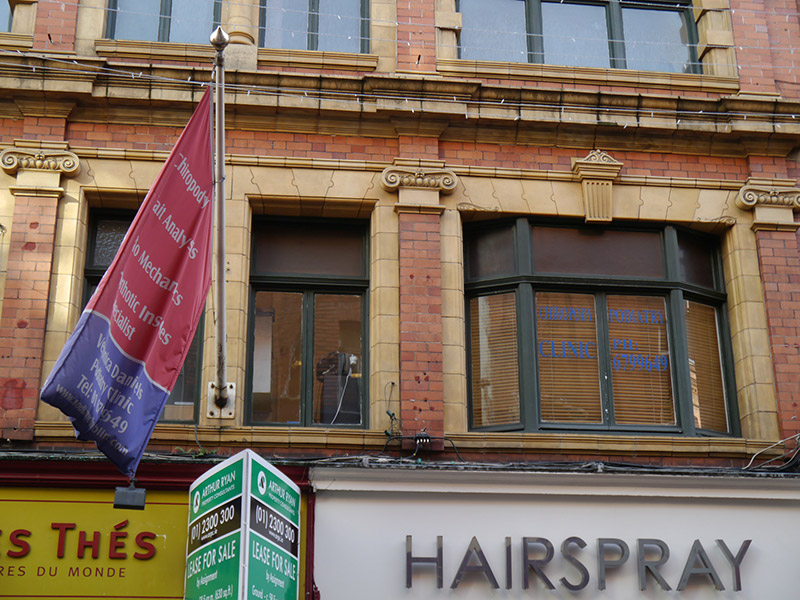 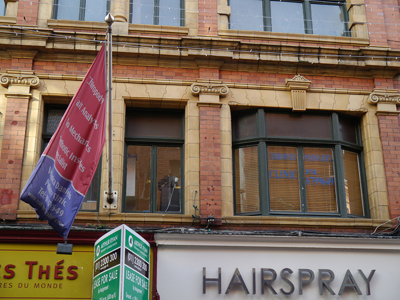 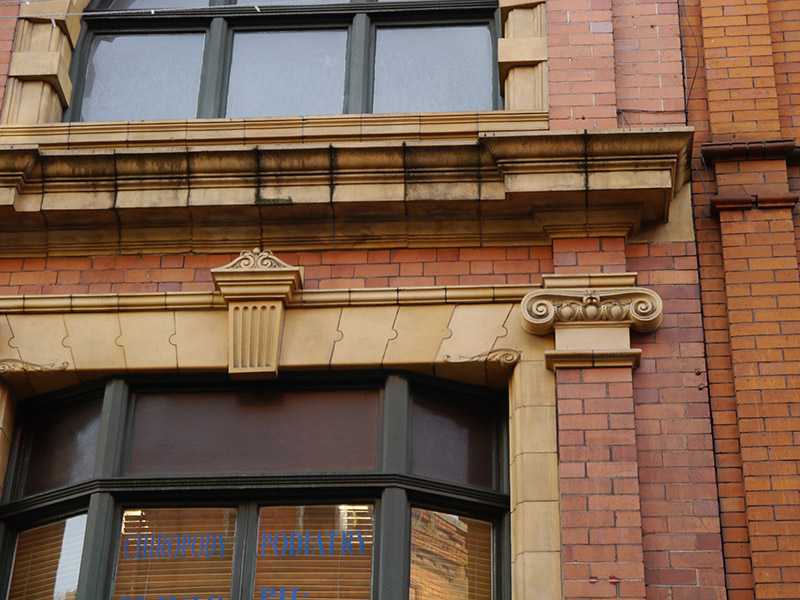 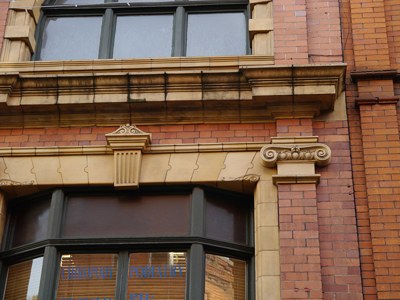 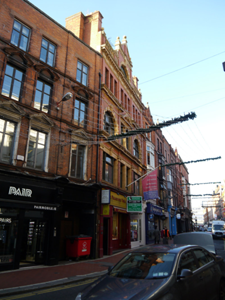 A strikingly composed former hotel, built 1903 to the designs of Albert Murray and rebuilt as a drapery establishment 1915 to the designs of Patrick Munden. The building has a dramatic presence on Wicklow Street, on a grander scale than the surrounding buildings, and is characterized by lively red brick and yellow terracotta detailing typical of the early Edwardian period. Baroque in spirit, the detailing of each level is distinct and rises to a somewhat frothy balustraded attic storey. The building makes a fine contribution to the retail core of the south area.