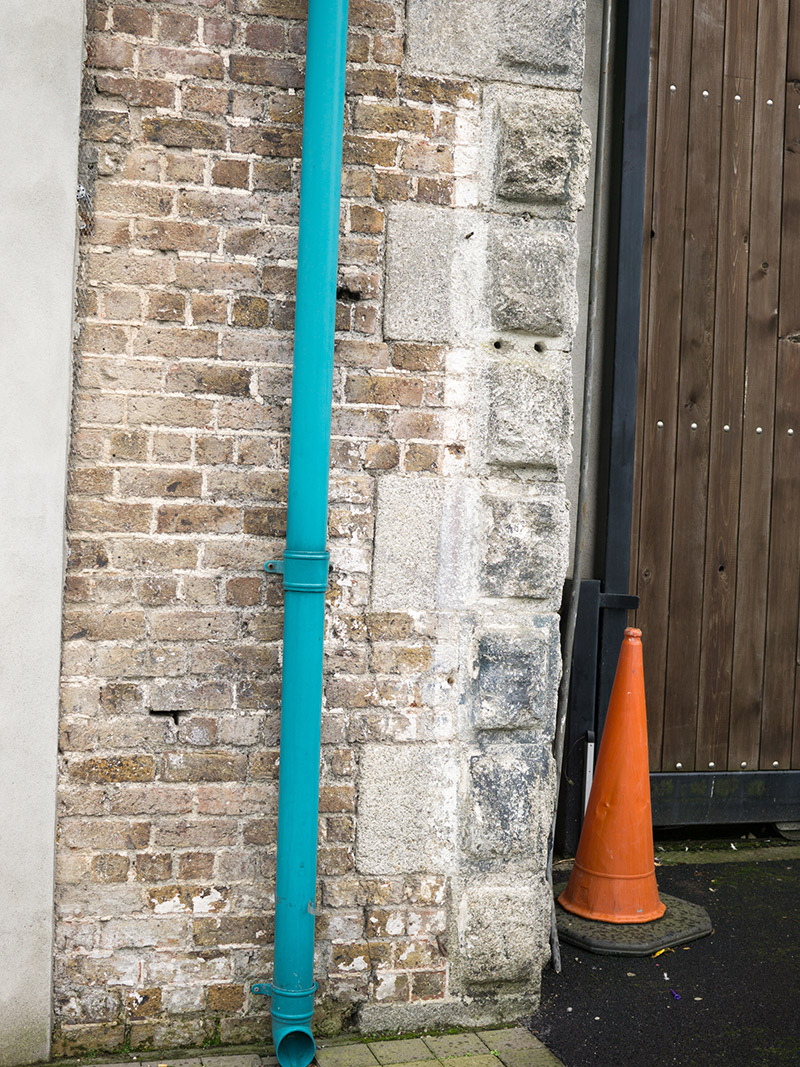 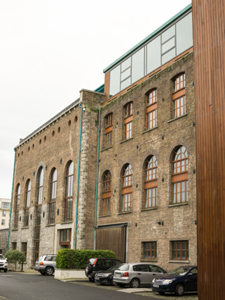 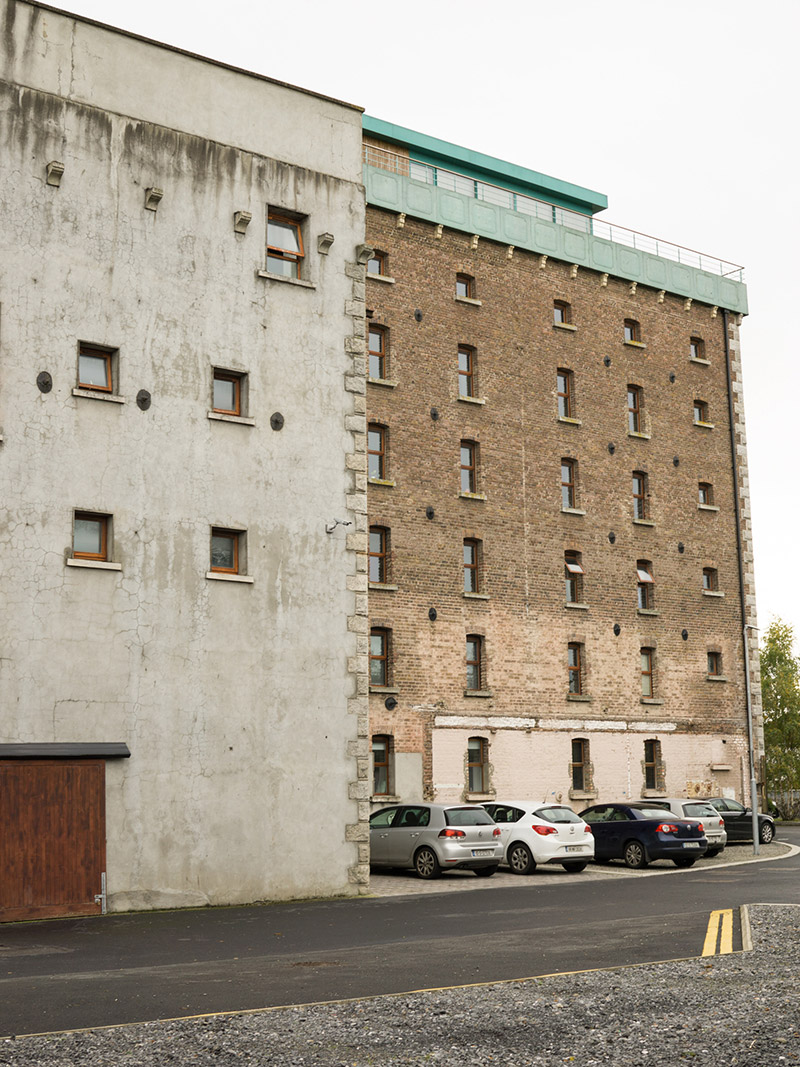 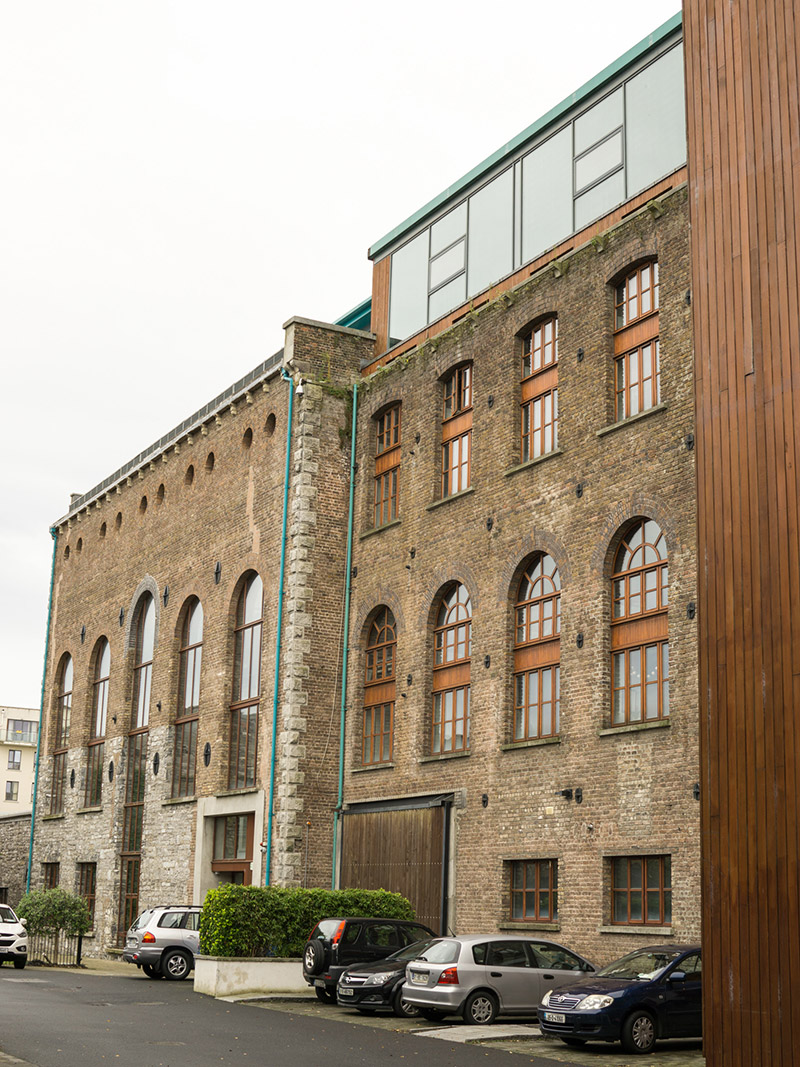 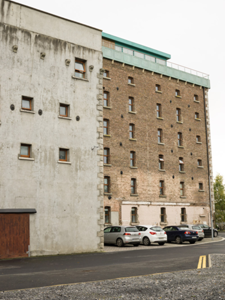 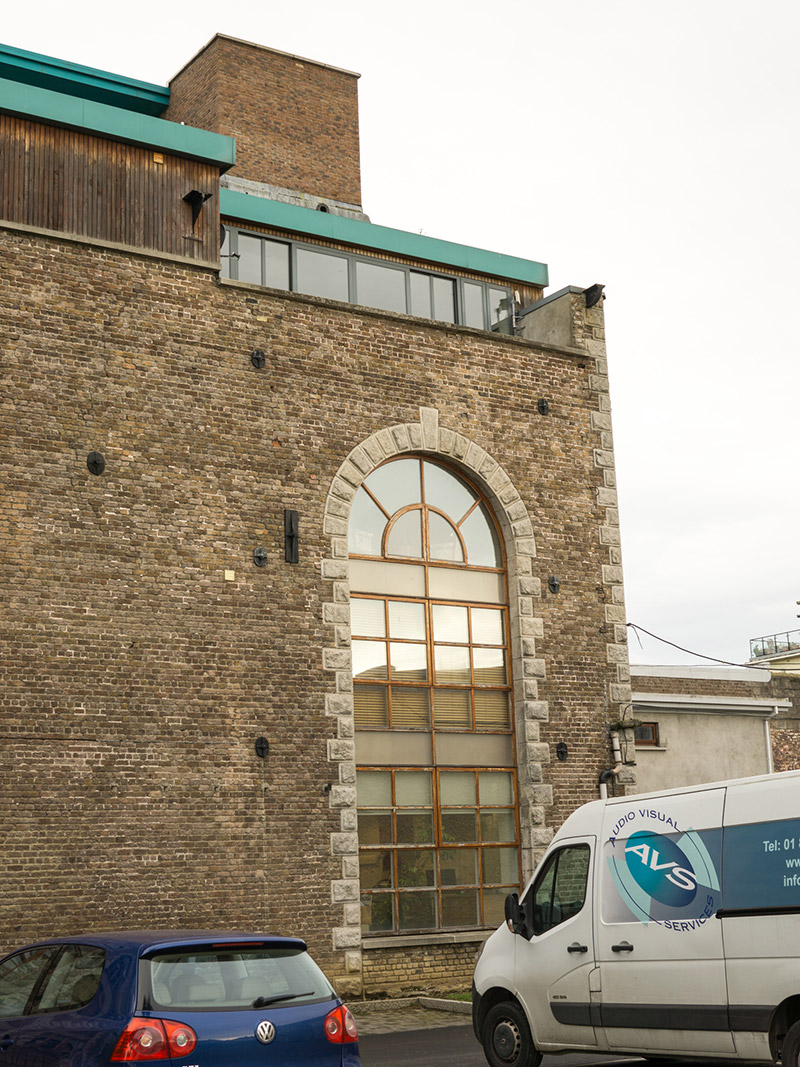 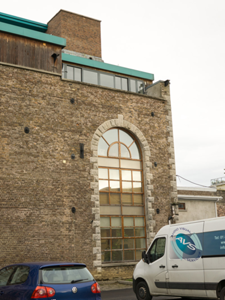 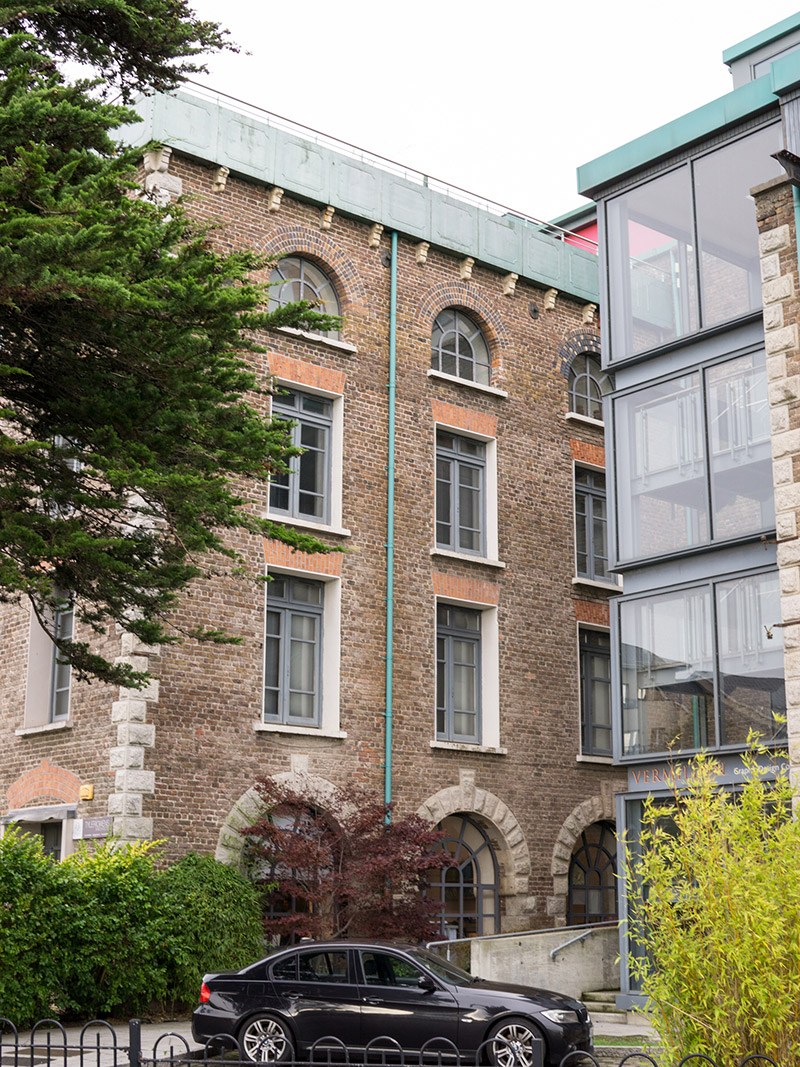 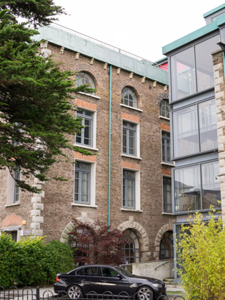 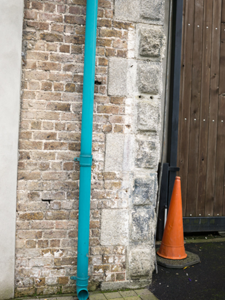 This former distillery complex dominates its environs, lending its name to the nearby Distillery Road and towering over the buildings on Richmond Road. The complex plan form is highlighted by the granite quoins that break the regularity of the brick walls. The water tanks to the roof illustrate the fire safety measures employed when the distillery functioned and add a sense of context while testifying to the engineering skill used in the overall design. The openings for a gearshaft at the south pinpoint the probable location of the original waterwheel. Water-power sites were preferred in the majority of Irish whiskey distilleries, although the presence of a chimney, indicated on the OS maps, shows that this building also used some steam power, probably to run the turbines when the water level in the River Tolka was low. The bonded warehouses located further south, and the warehouse to the north, are undoubtedly associated with the complex, as whiskey distilling was dependent on large warehouse complexes to allow for maturation. The site has been suggested as one of the hiding places used by Éamon de Valera after his escape from Lincoln Jail in 1918.