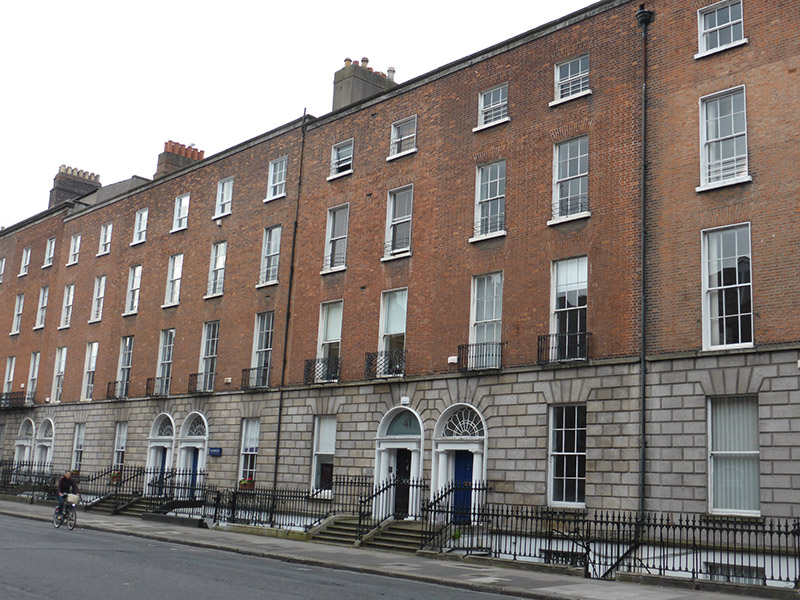 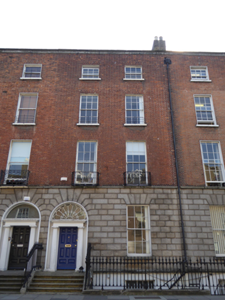 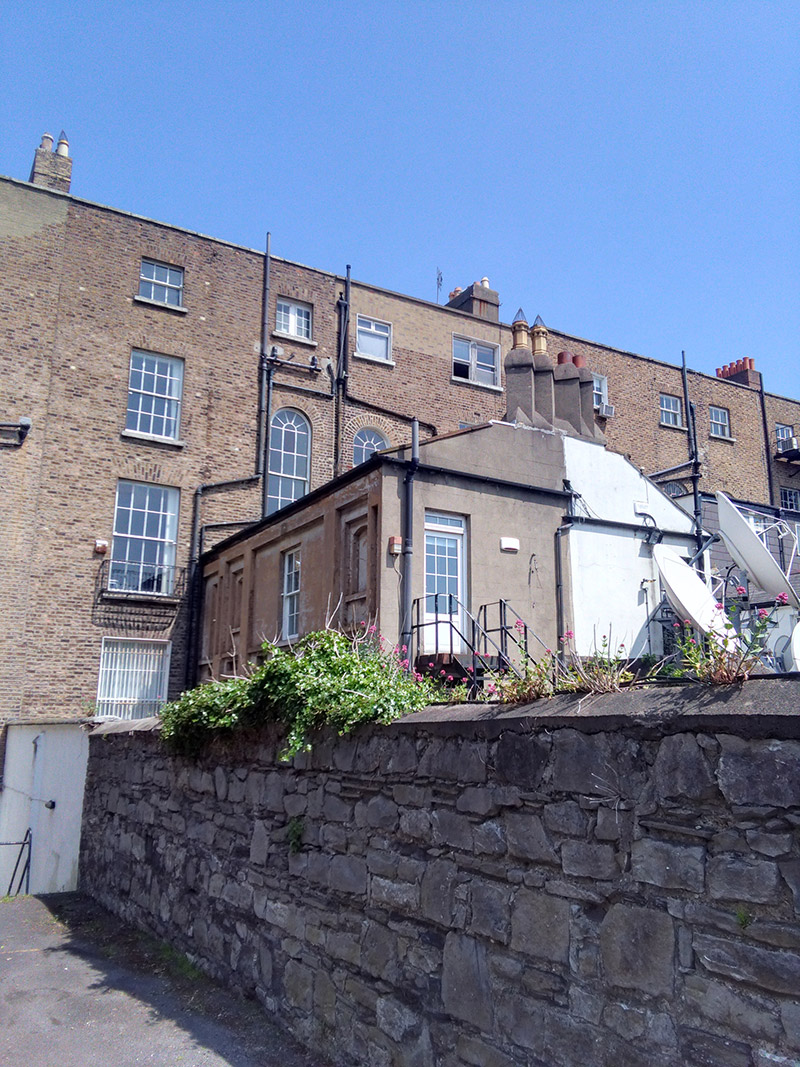 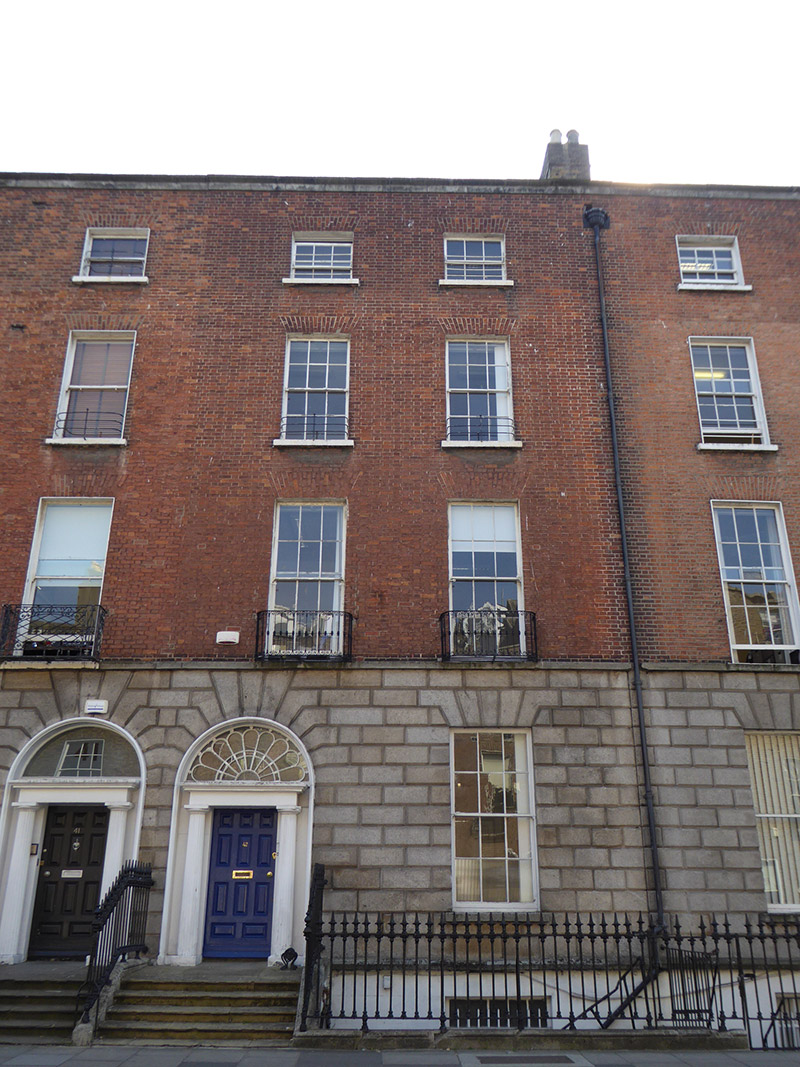 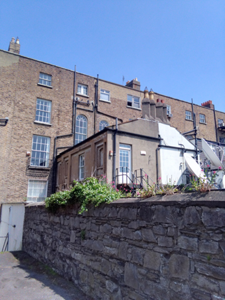 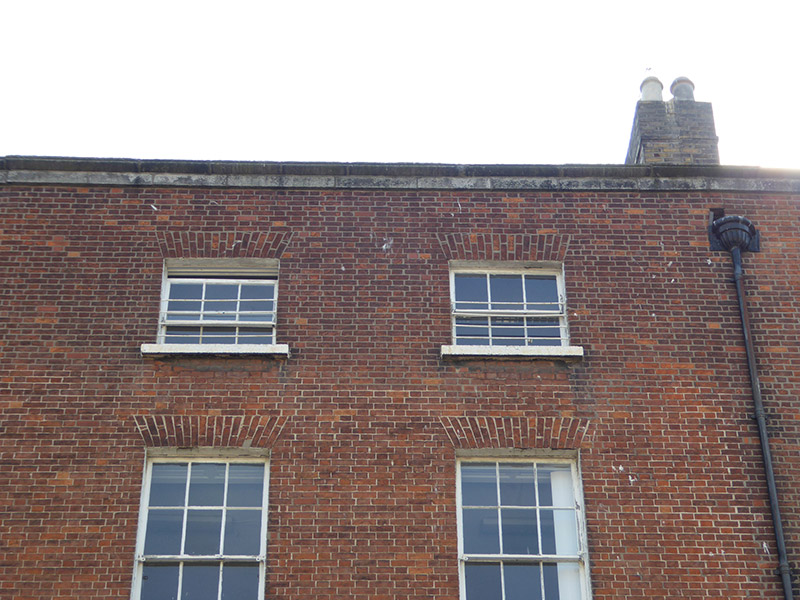 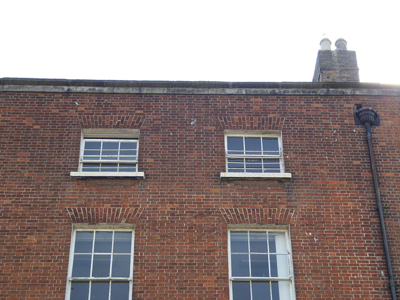 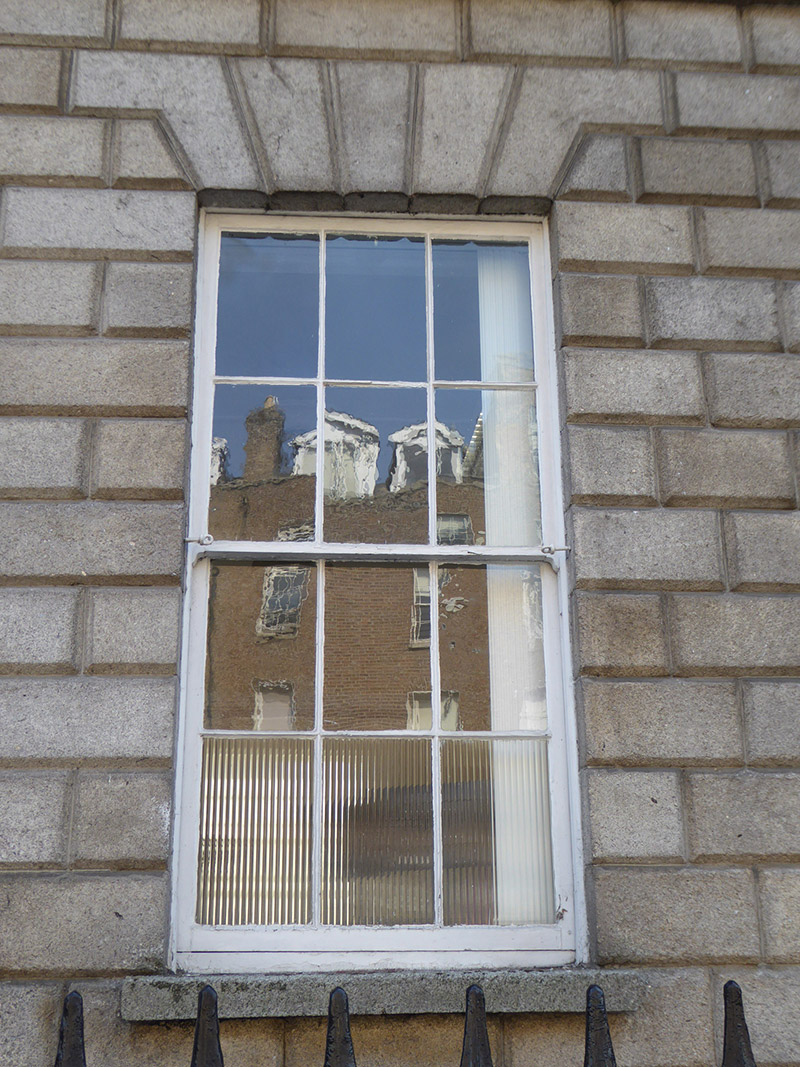 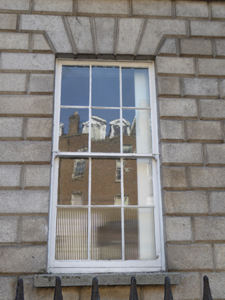 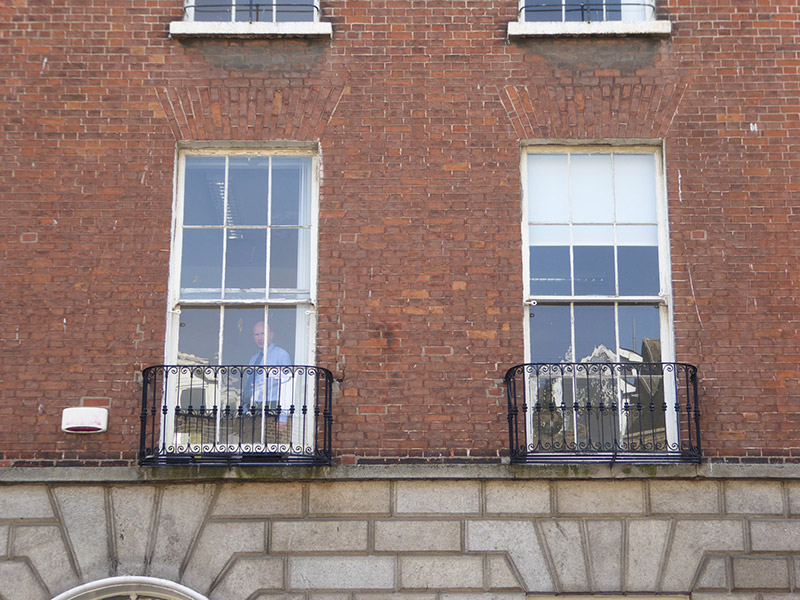 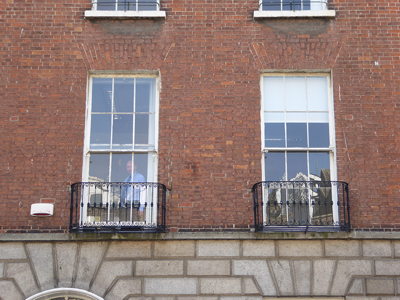 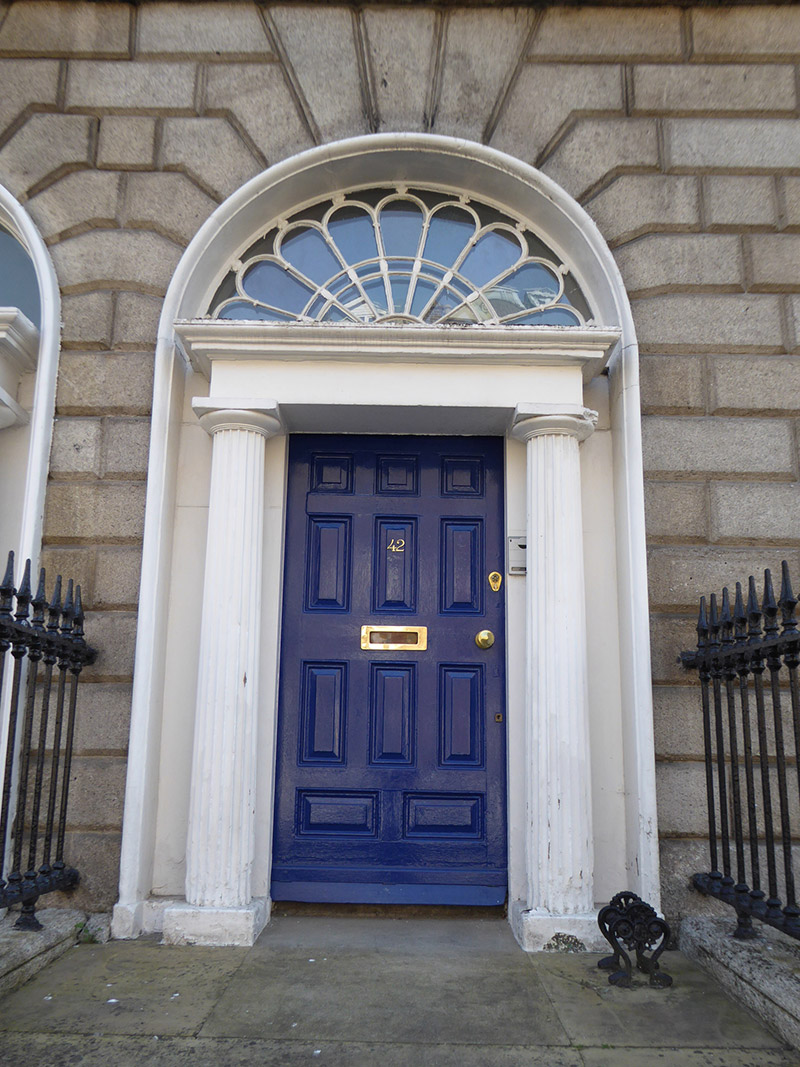 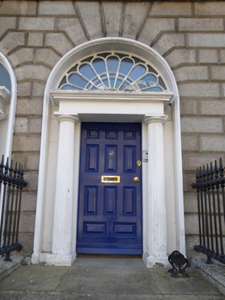 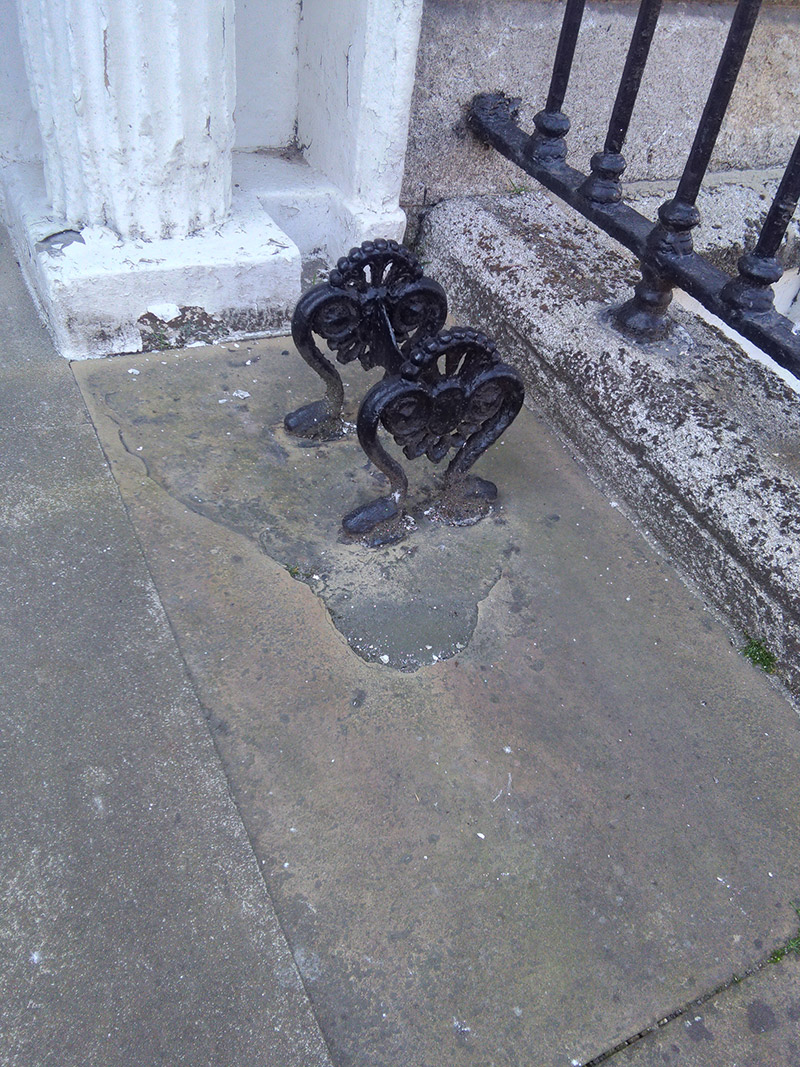 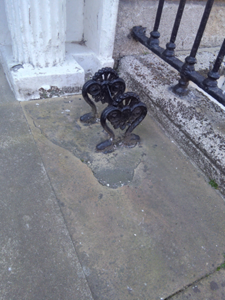 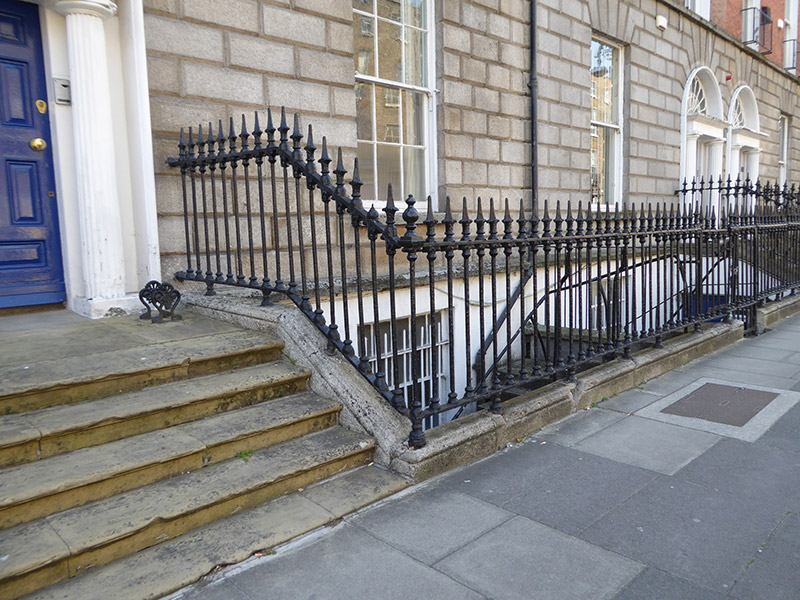 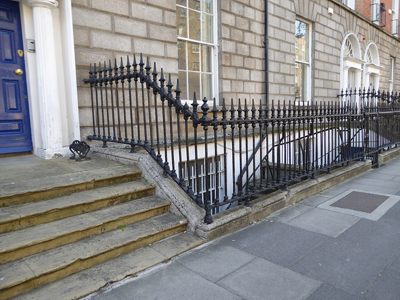 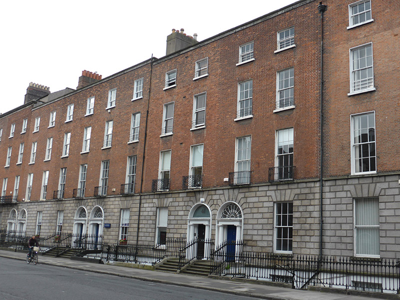 A well retained late Georgian house forming part of a largely unified row lining the south side of Mount Street Upper. It has the rusticated stone ground floor of houses on this stretch of the street, a fine Doric doorcase with a good fanlight, and ornate metalwork to its balconettes, boot-scrape and railings. The intact setting enhances the building and contributes to the intactness of the streetscape. Laid out in the 1780s and principally developed by a Mr Osburne and David Courtney, the street was built to link the newly constructed Grand Canal to the upper-class residential developments radiating from Leinster House. Built in pairs and rows over a period of thirty years, the fifty-four houses on the street were completed by 1834. Variations within the street, such as differences in parapet heights, are a telling feature of its piecemeal development, the south side notably grander than the north, boasting granite rustication across much of the ground floor. Mount Street Upper is terminated at its east end by St. Stephen's Church, transforming what is a typical and relatively modest late-Georgian street into an urban set-piece, a key vista of Georgian Dublin.