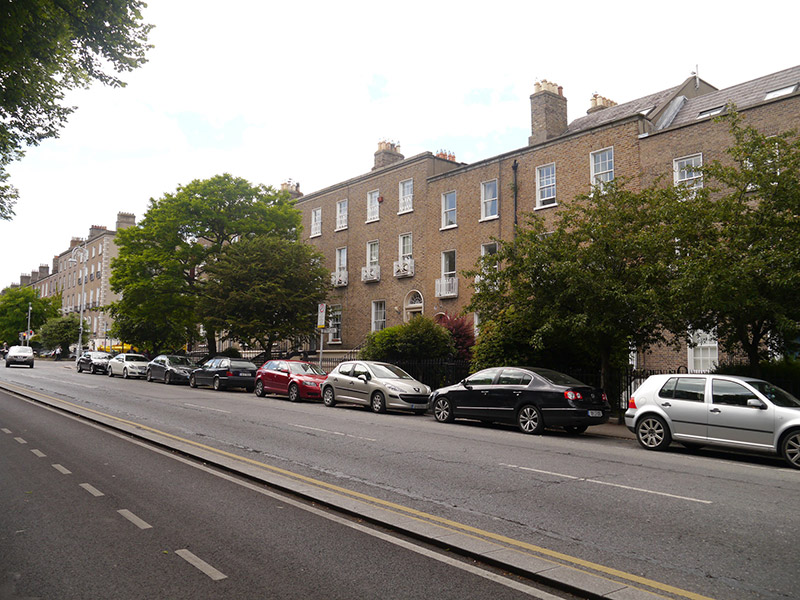 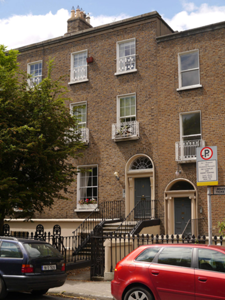 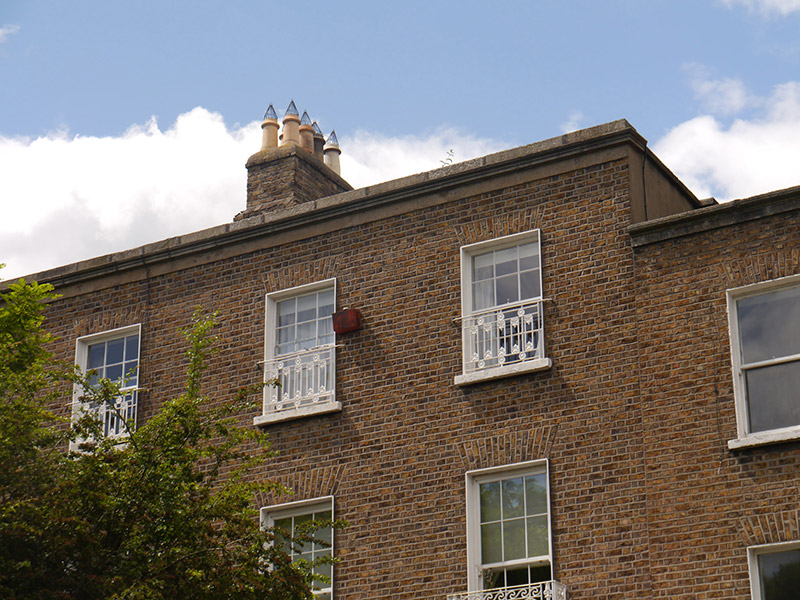 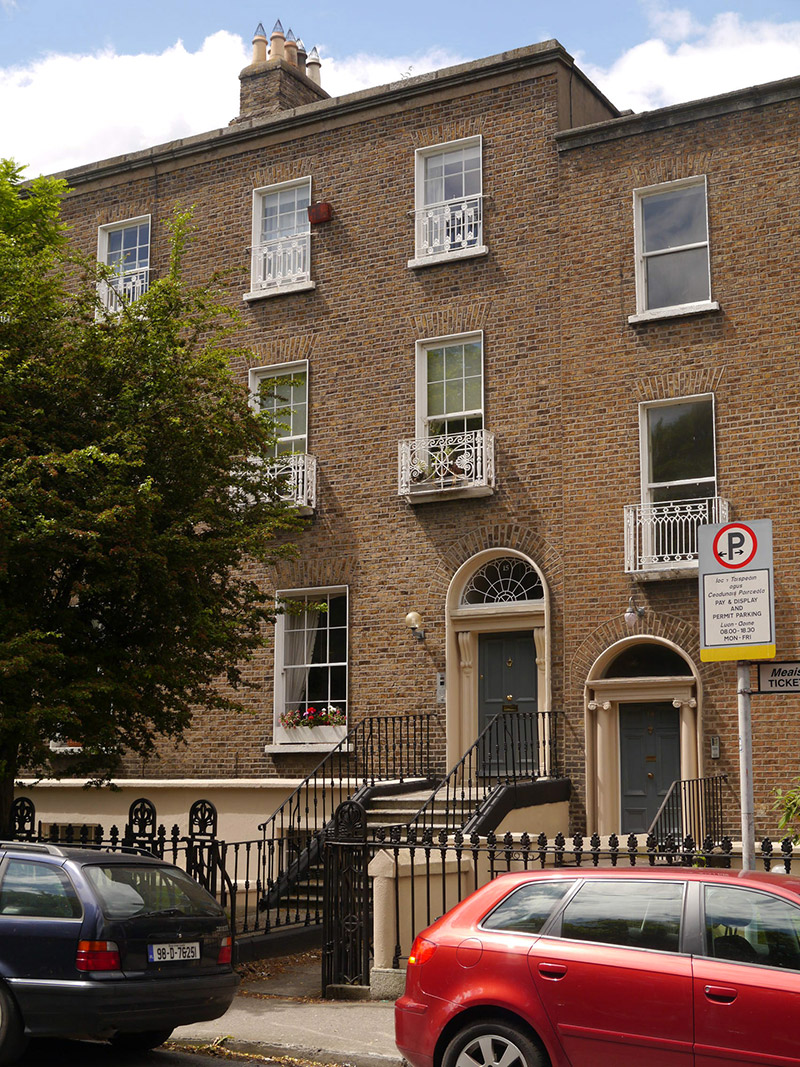 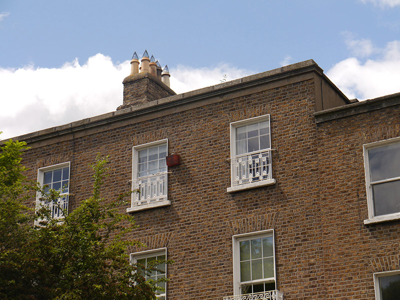 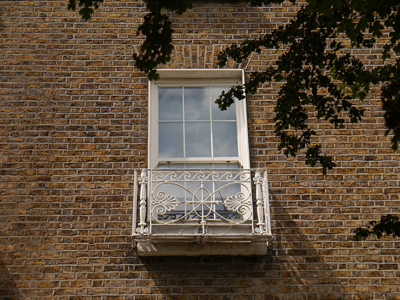 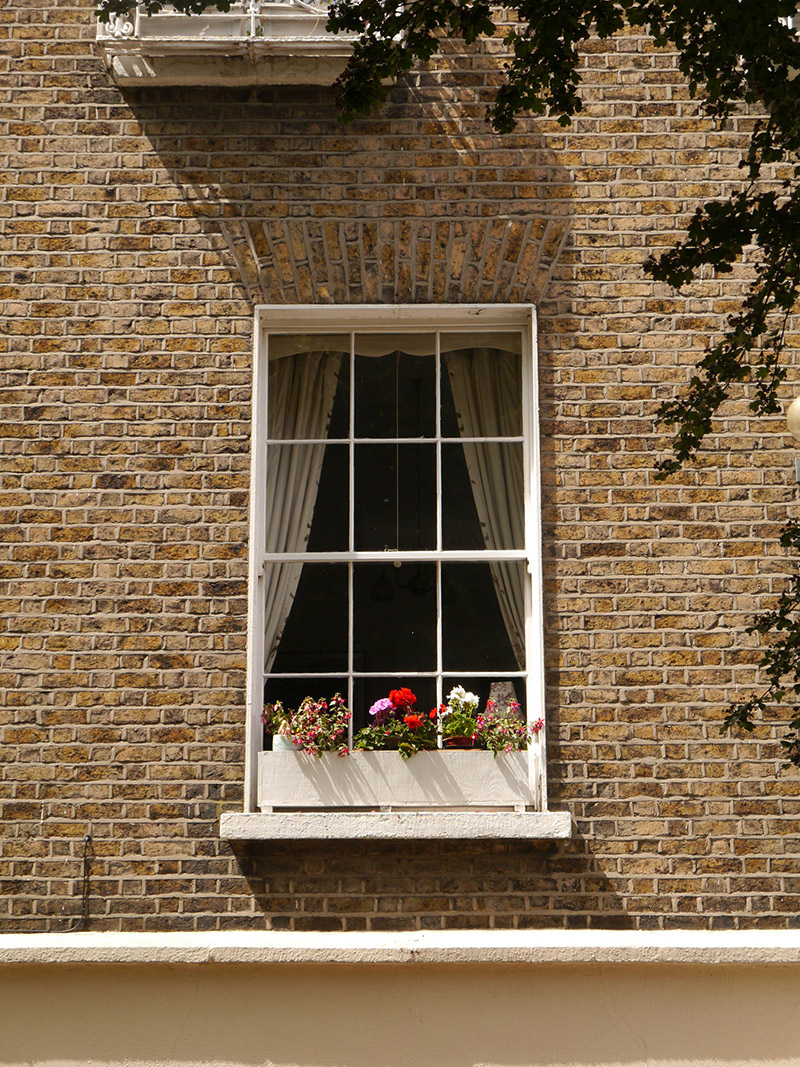 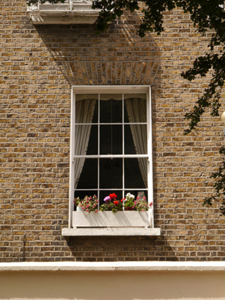 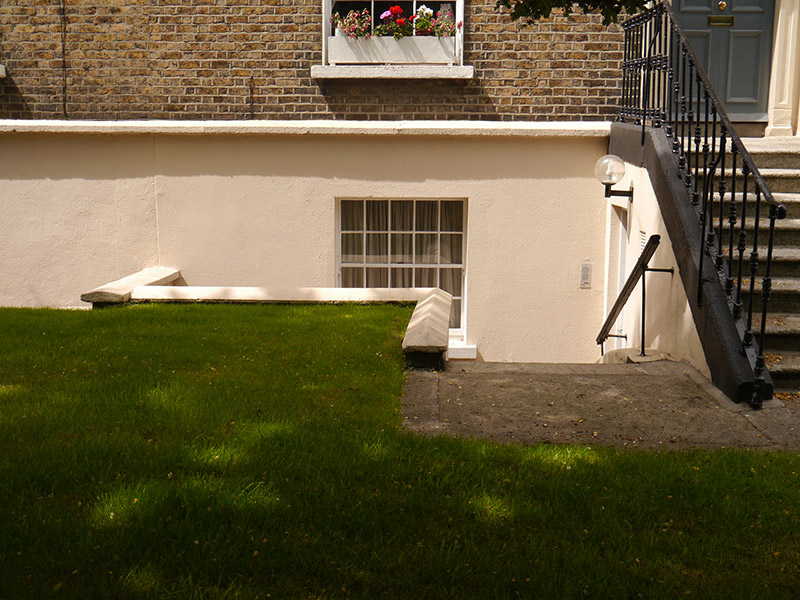 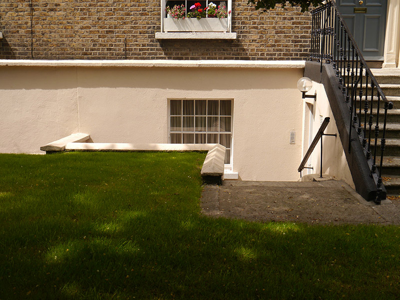 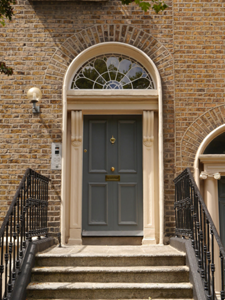 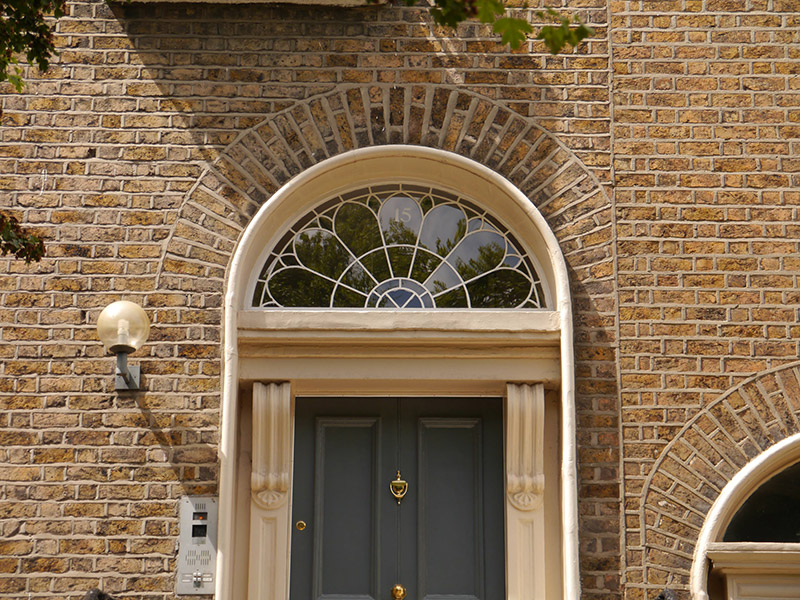 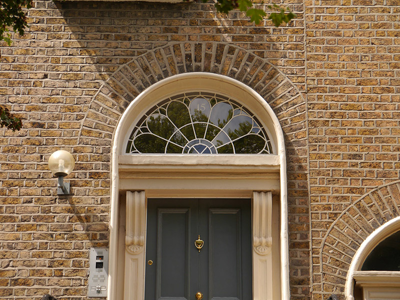 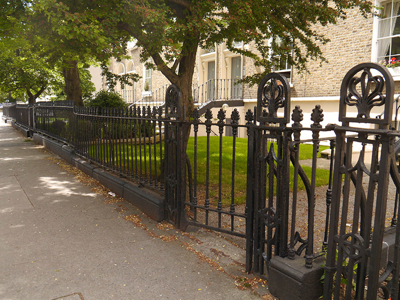 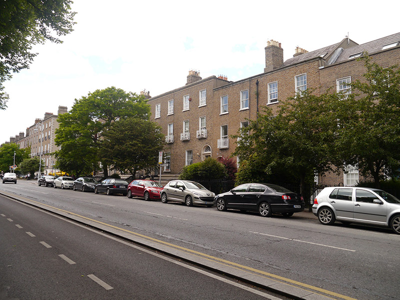 A Georgian-style house, forming part of a cohesive and relatively well-retained terrace on Warrington Place. It features a pilastered doorcase and decorative cast-iron railings and balconettes. Higher than the pair to the east, it and the other houses in the terrace, are characterized by well-balanced proportions typical of the period, contributing strongly to the character of the streetscape along the Grand Canal and to the architectural heritage of south Dublin. Warrington Place was laid out 1791, but built in the early nineteenth century.