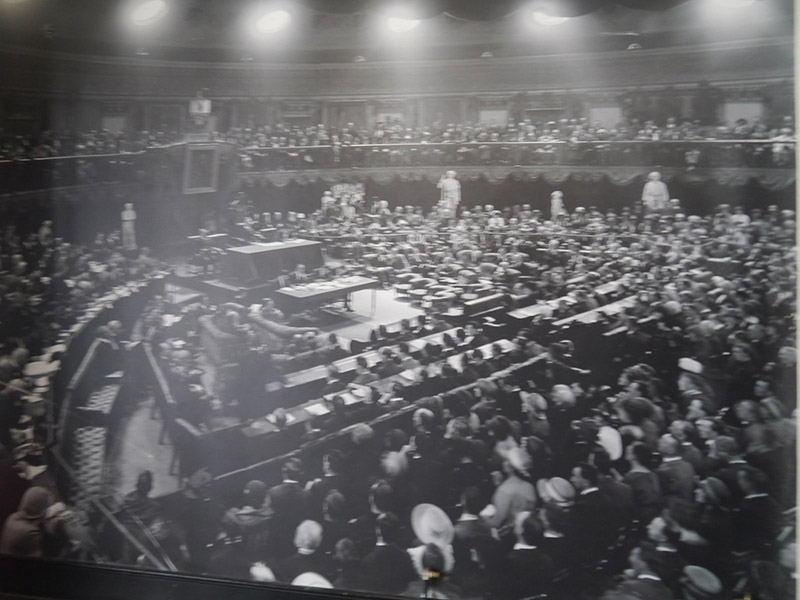 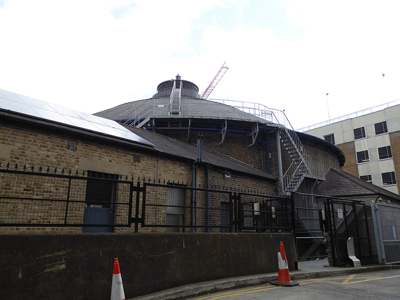 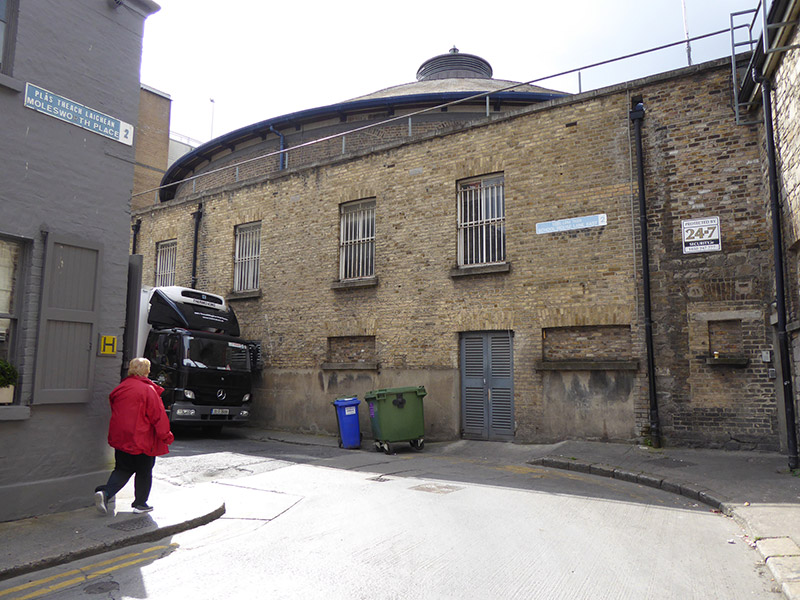 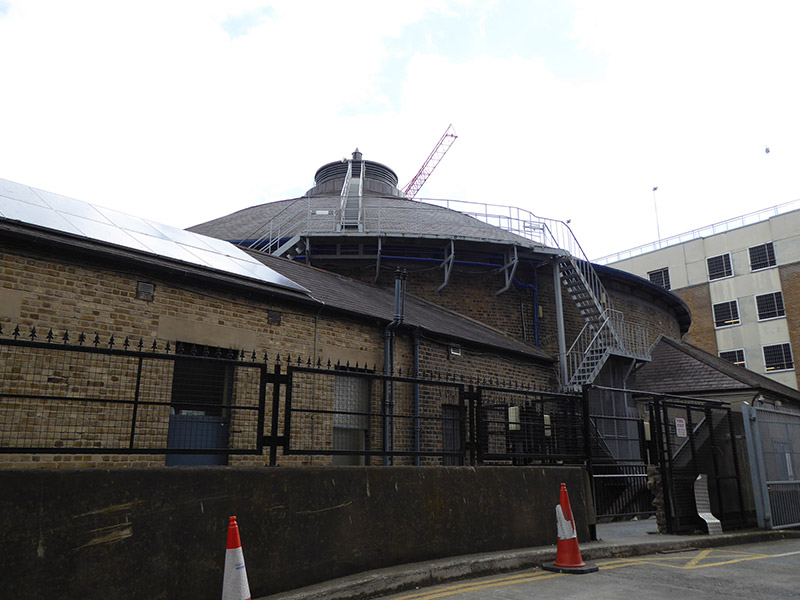 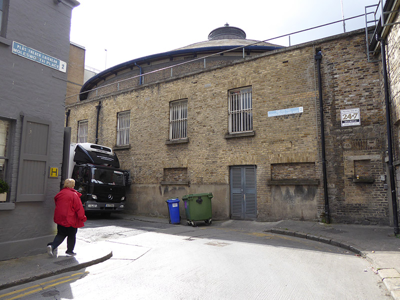 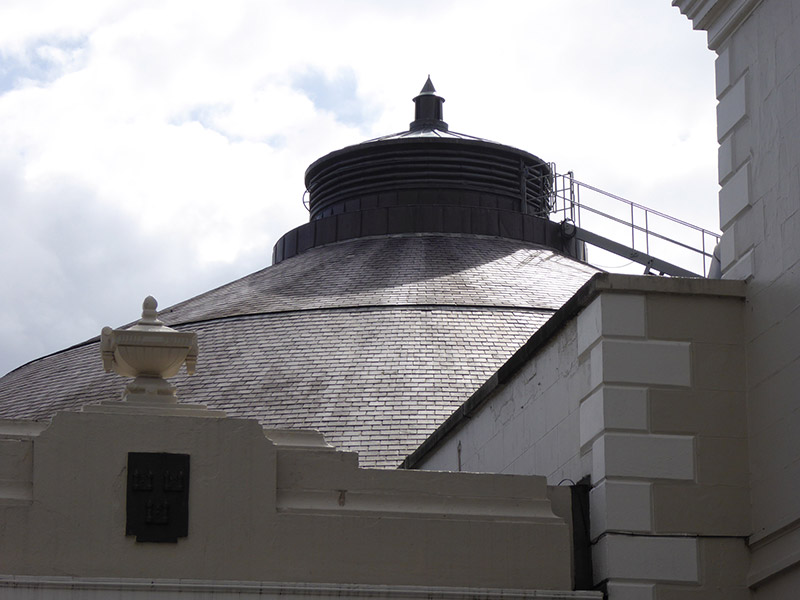 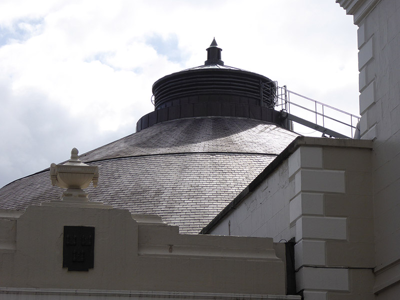 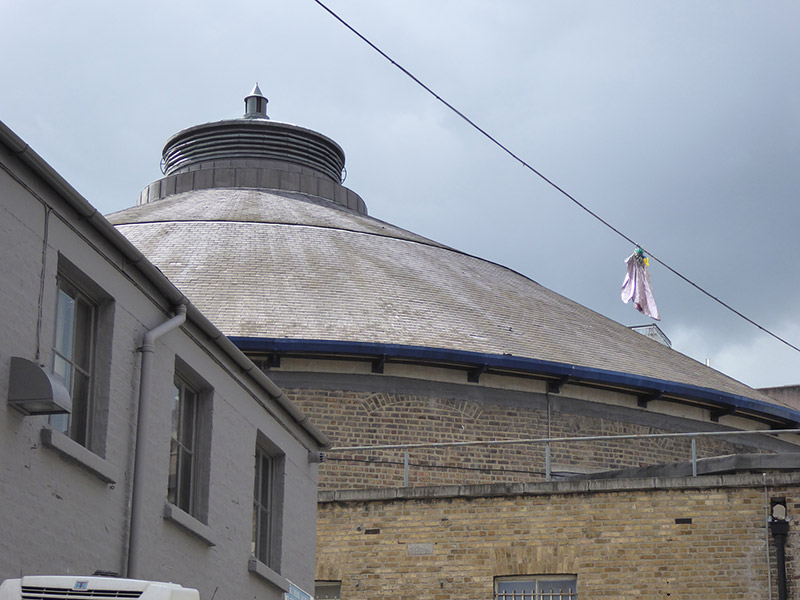 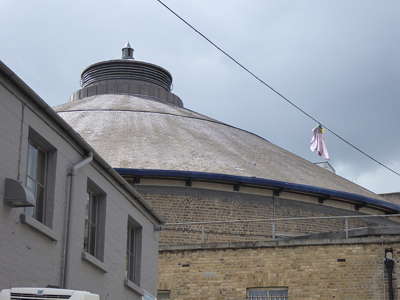 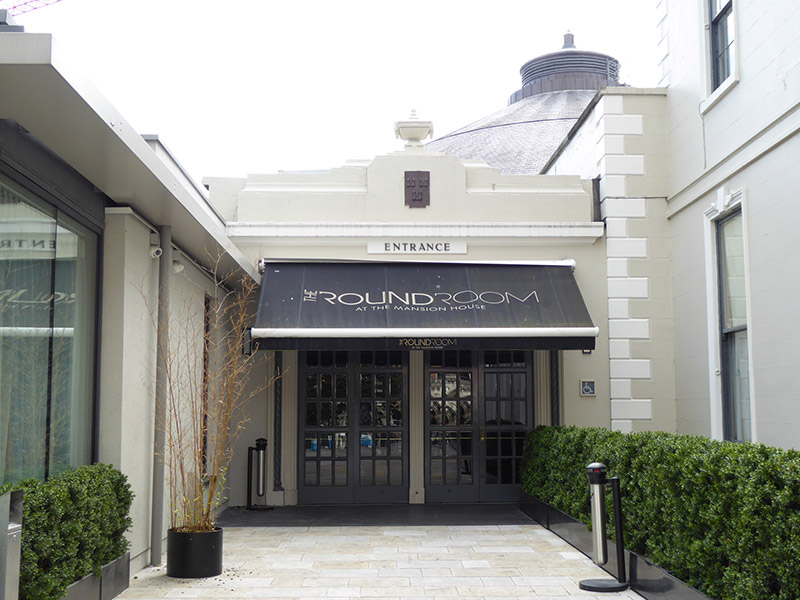 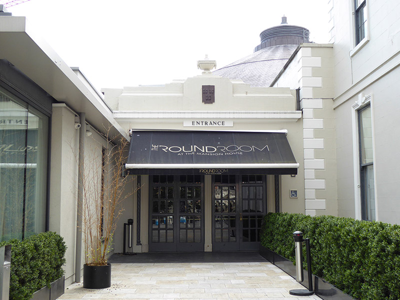 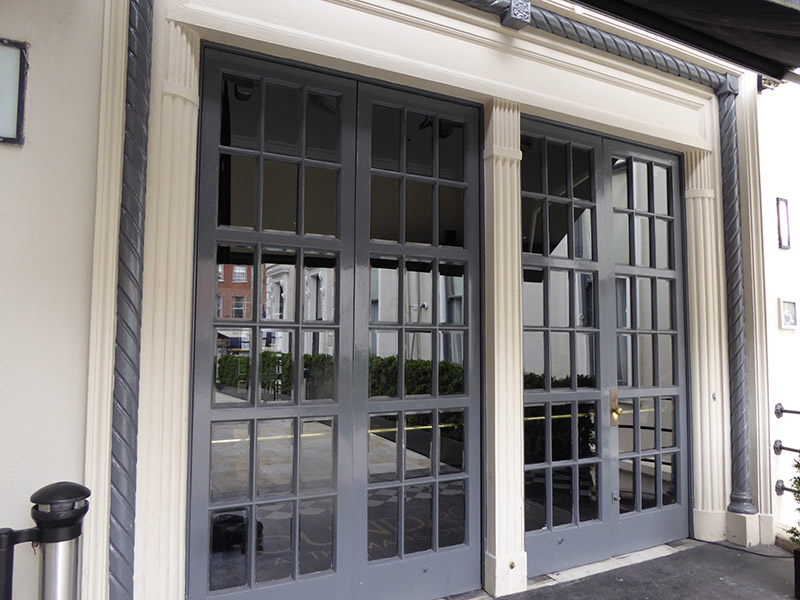 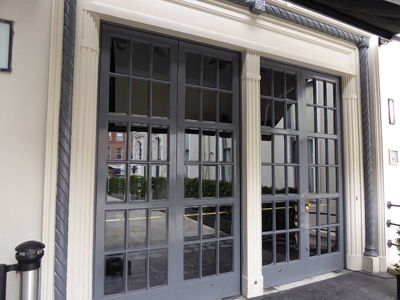 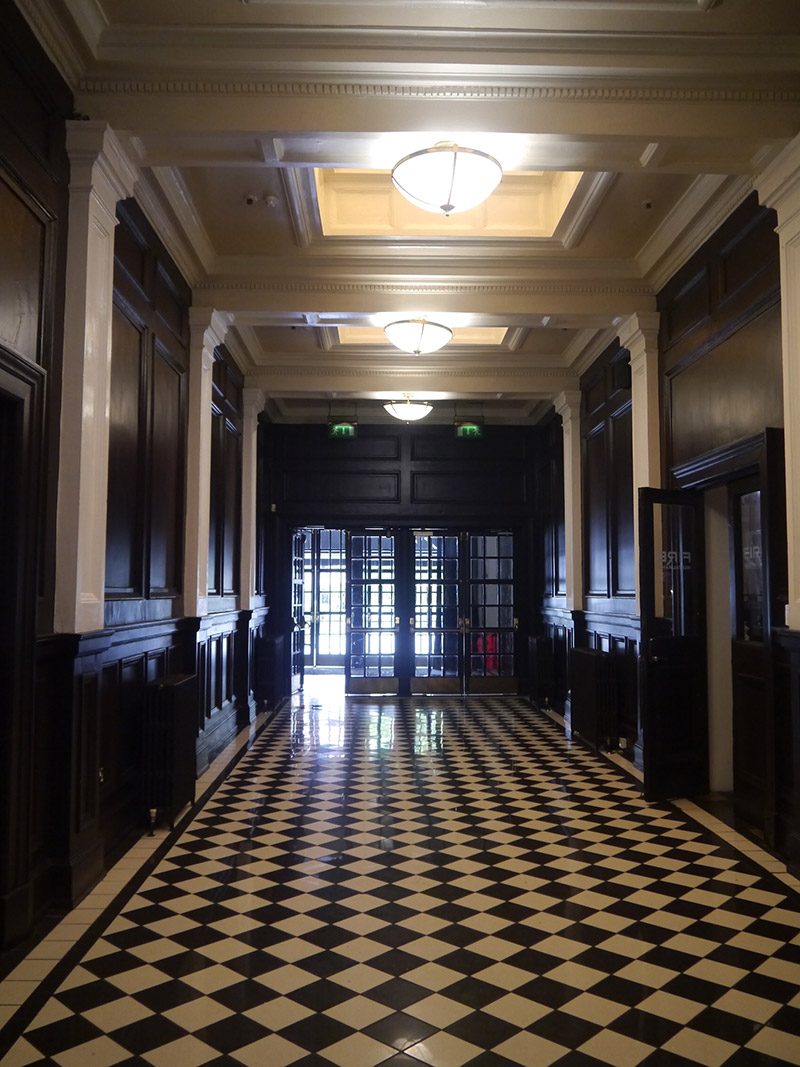 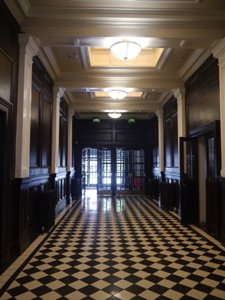 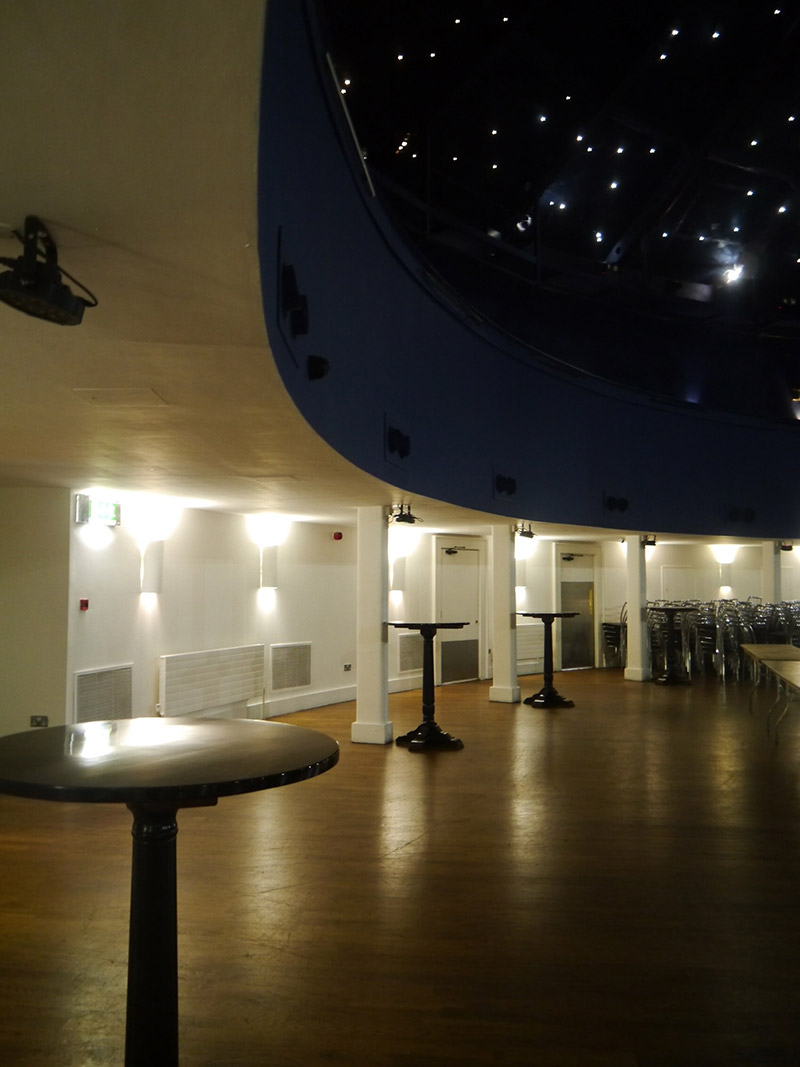 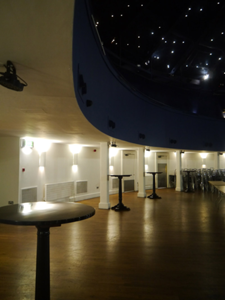 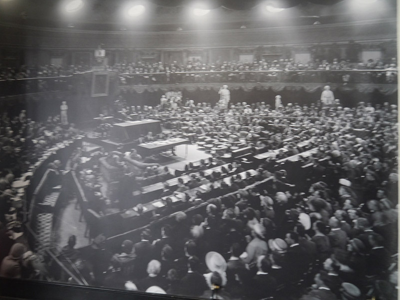 The Round Room is part of a complex of buildings at the Mansion House. The Round Room was constructed in 1821 to designs by John Semple in six weeks, to host a civic banquet in honour of the visit of King George IV. The building has witnessed a number of historic events, including the meeting of the first parliament of the Republic, Dáil Éireann, on the 21st of January 1919. Samuel Lewis described the Round Room in his Topographical Dictionary of 1837 as follows: 'externally a plain edifice of brick on a detached and receding site on the south side of Dawson-Street; the interior contains some large apartments fitted up in an antiquated style…Beyond this is the ball-room, used also for civic dinners [and] wainscoted with Irish oak…A door from the ball-room opens into a noble rotundo, 90 feet in diameter, round which is continued a corridor five feet wide; the walls are painted in imitation of tapestry, and the room is covered with a dome; in the centre is a lantern, by which the apartment is lighted; it was built in 1821 expressly for the reception of George IV, who honoured the corporation with his presence at dinner'. Casey also refers to a description by John Wilson Croker, describing it as 'the interior circular court of a Moorish Palace open to the sky: the battlements were a gallery walled with ladies, music and a company of halberdiers, in Spanish dresses of light blue silk, as a guard of honour to the king'. Today, the hall is much altered; Victorian remodelling in 1892 by Spencer Harty and G.C. Ashlin included the insertion of a balcony, round clerestory lights and pilasters that have in turn been removed and replaced by a concrete gallery and dais. Much of the interior is now masked by extravagant lighting effects and the original roof structure was replaced in 1999 by Dublin City Council. Although having a fairly functional exterior, largely screened from public view by the surrounding civic complex, the Round Room makes an important contribution to the site and enhances the historic and civic significance of the complex.