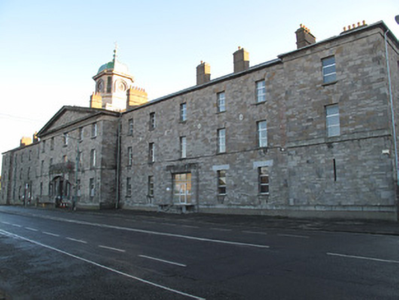 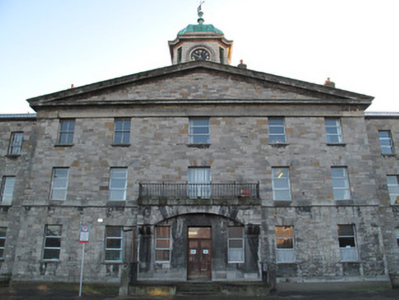 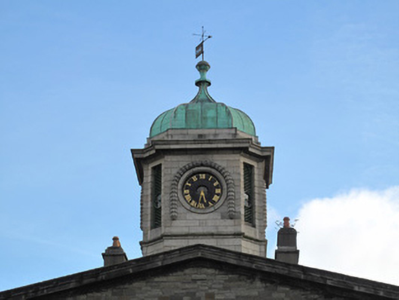 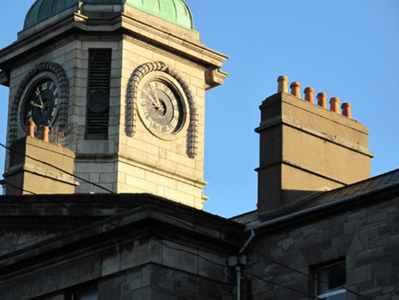 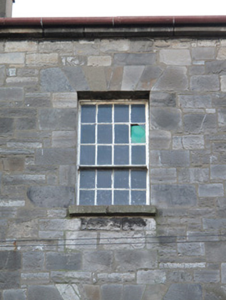 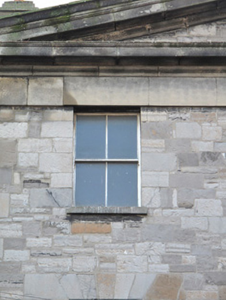 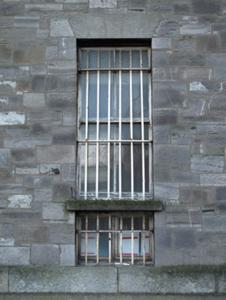 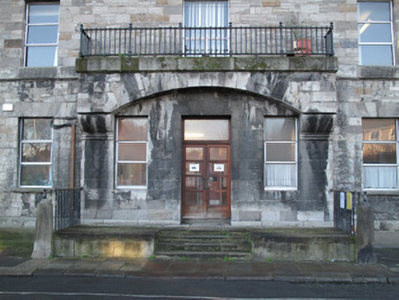 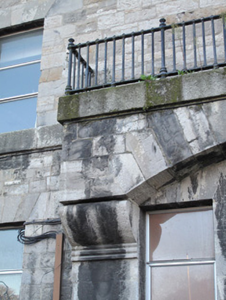 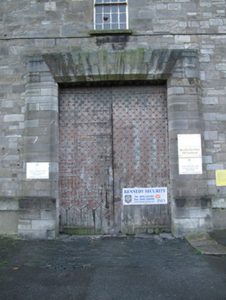 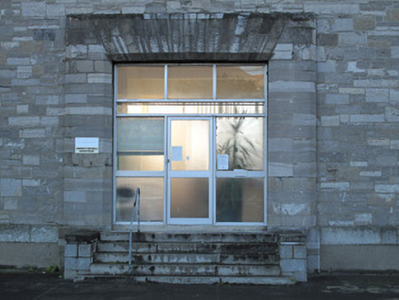 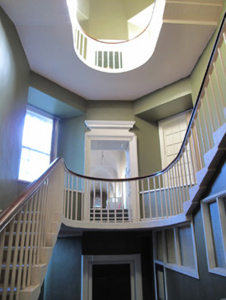 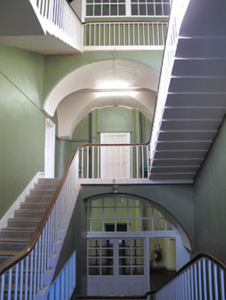 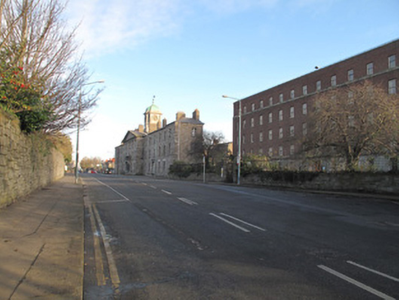 Designed by Francis Johnston, the Richmond Penitentiary was part of an experiment in the early years of the nineteenth century which sought to replace transportation and aimed to reform rather than punish. It was originally built on a radial plan, with a five-sided enclosure to the rear. This radial plan was common in penal architecture at the time. The front range, which is the only surviving aspect, makes a considerable impact on the streetscape of Grangegorman Lower. Its intimidating facade is enlivened by a sense of symmetry which is created by the central pedimented bay and projecting end-bays. Some granite dressings enhance the calp limestone facade, and are testament to the skill and craftsmanship of stonemasons at the time. The clock-tower is of technical as well as aesthetic interest, as the original clock-mechanism of 1817 remains in use. The building remained in use as a prison for a short time only, and throughout the nineteenth century was used by the hospital in the vicinity, before being handed over to the Richmond District Lunatic Asylum in 1897.