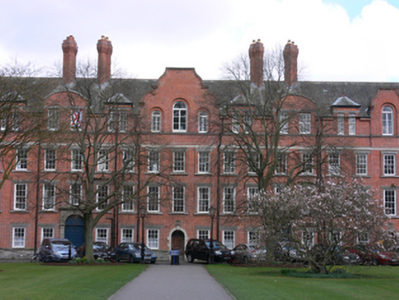 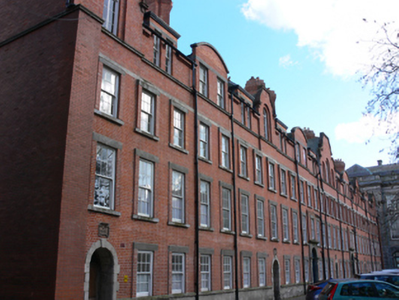 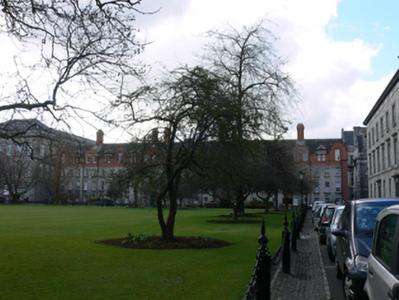 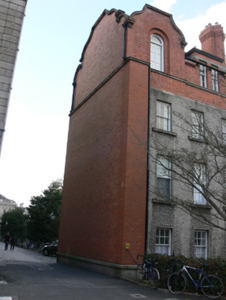 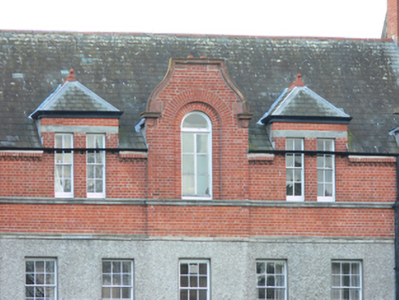 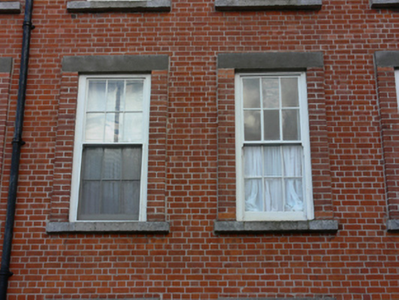 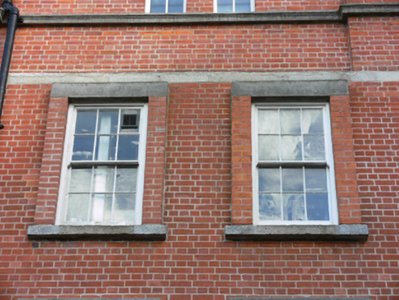 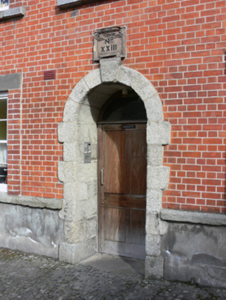 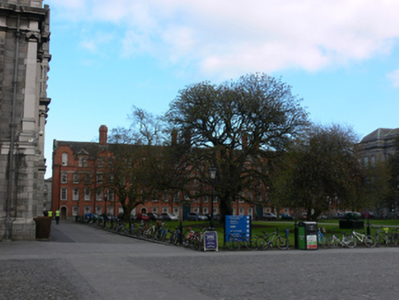 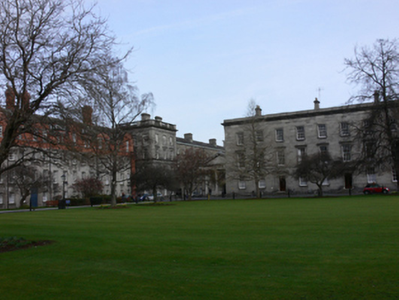 Known as the Rubrics, a corruption of 'red bricks', this range was part of a larger building, possibly by Thomas Burgh, the surveyor general. The red brick buildings were noted as in some state of decay by Samuel Lewis (1837). In 1840 three bays were removed from either end of the range. The plan of the original quadrangle, to which this range belonged, followed the pattern of the monastery which predated the establishment of the college. The Hatfield Plan of 1592 shows a smaller quadrangle of red-brick ranges, with a chapel in the north-east corner. The Rubrics is the oldest surviving building on the campus. It displays many characteristic features of the seventeenth century, in particular its long narrow plan form. However the gables and tall clustered chimneystacks, which are typical early features, were in fact built in 1894 when the upper floor was added by R.J. Stirling.