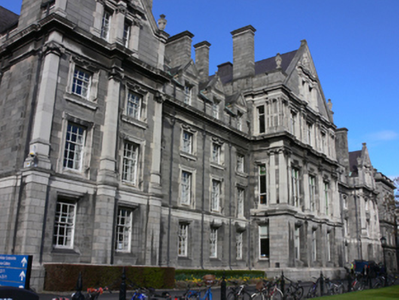 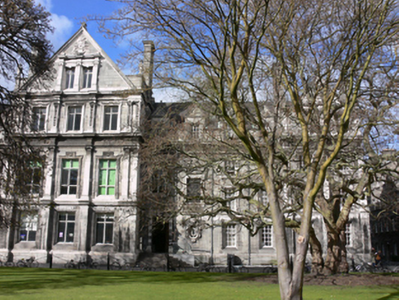 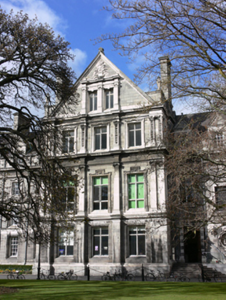 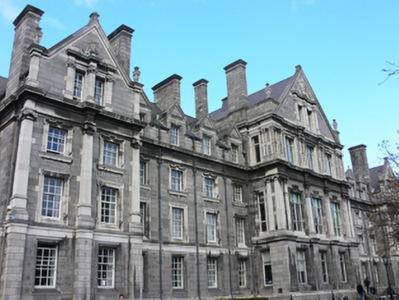 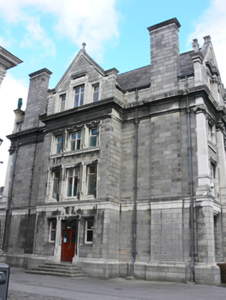 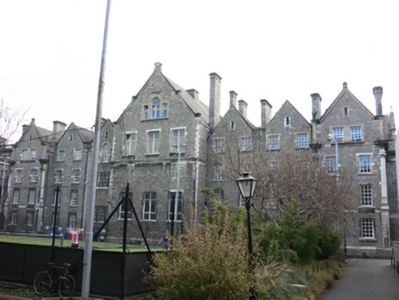 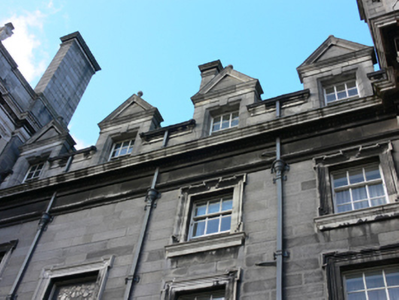 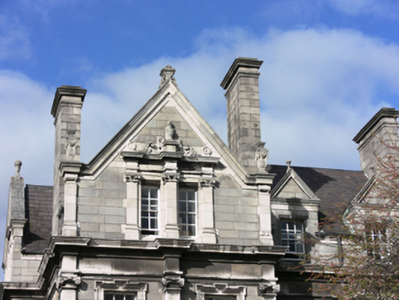 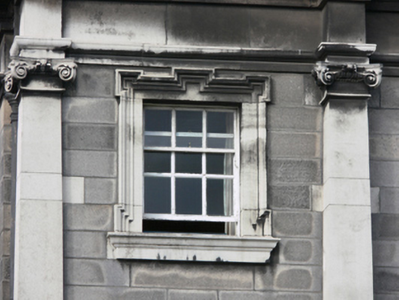 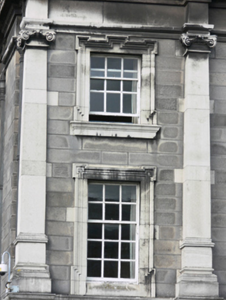 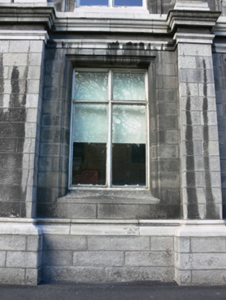 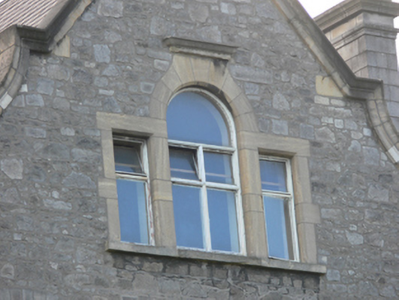 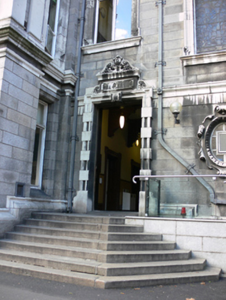 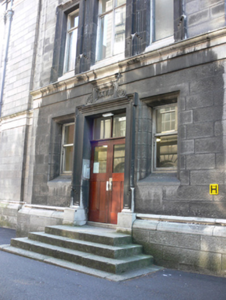 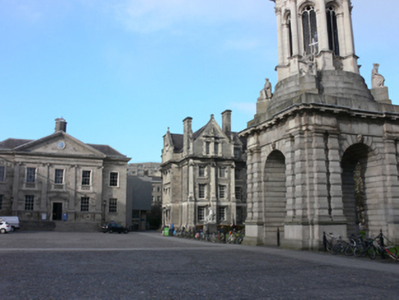 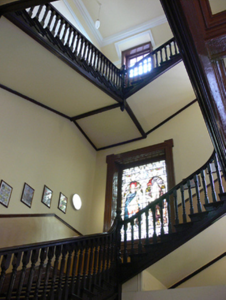 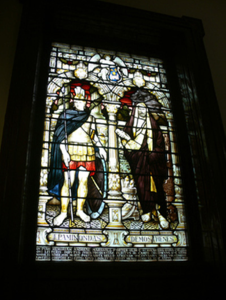 Originally named the Graduates Tercentenary Memorial Building, this building was erected in 1902 to designs by Sir Thomas Drew, to commemorate the three-hundred year anniversary of the founding of Trinity College. The structure replaced ‘Rotten Row’, a residential range dating to c.1700, with a belfry added in 1740, which was similar to the extant Rubrics (50020387). It is now known simply as the Graduates Memorial Building or GMB, and comprises two residential halls flanking a society hall and debating chamber used as the base of a number of Trinity’s oldest societies including the Philosophical Society, the College Historical Society and the College Theological Society. The bronze relief, of George Ferdinand Shaw, in the debating chamber, is by Oliver Sheppard (cast 1899). This opulent Tudor influenced Gothic revival building has a commanding presence dividing two important quadrangles in the campus. The design was proposed in 1899 as a result of a competition which saw entries from Robert John Stirling and Sir Thomas Newenham Deane, as well as the successful Drew. The building’s gabled elevations reflect the gables of the nearby Rubrics, and contrast pleasingly with the restrained classical facades of Botany Bay and nearby Parliament Square (50020376). Although the upper floors of the building were damaged by fire in 2000 the building retains much of its historic character.