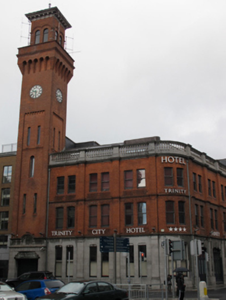 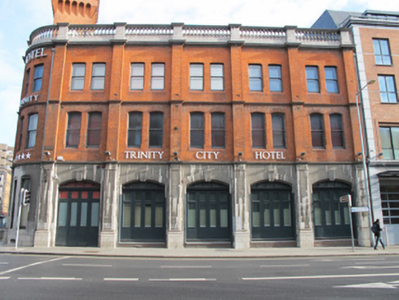 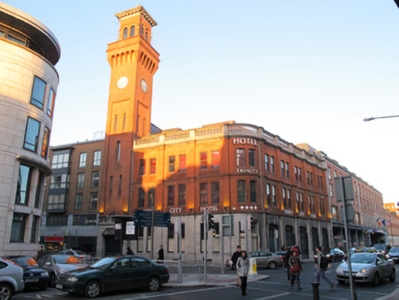 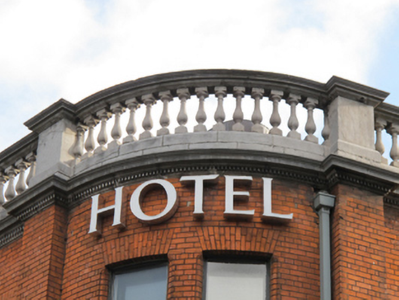 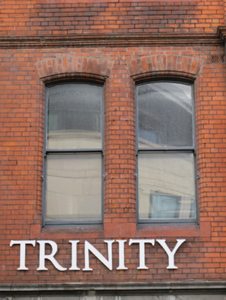 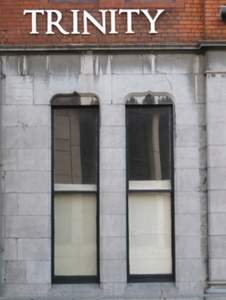 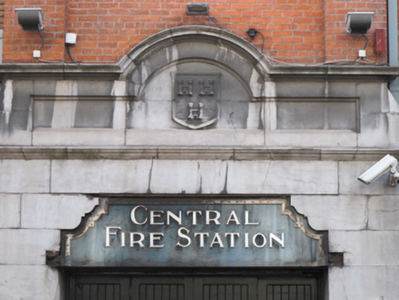 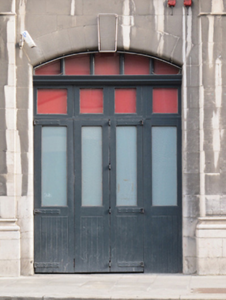 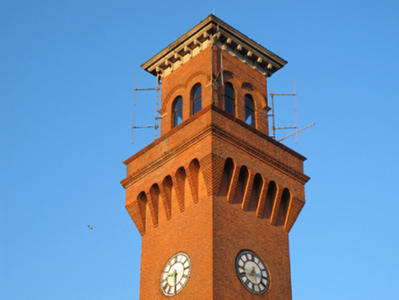 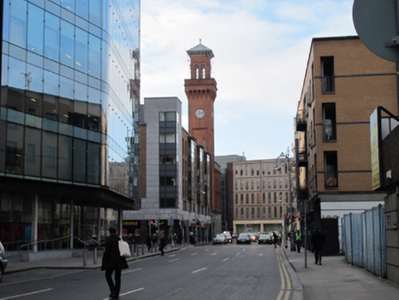 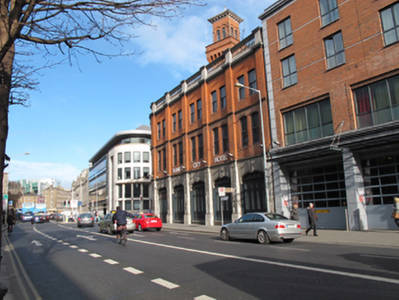 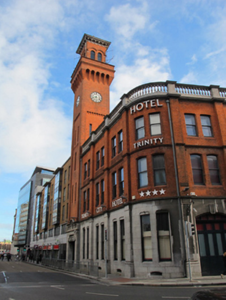 Designed by city architect C.J. McCarthy and built by James Donovan & Sons, this building served as the central fire station for the Dublin fire brigade. The tower, modeled on an Italian campanile, is its the most striking feature. It served both as a look-out for fires and for hanging and drying leather fire hoses. Its four distinctive clocks were made by Ganter Brothers in 1906. This was one of three purpose-built fire stations built in the city in the early years of the twentieth century, the others being on Dorset Street (1903) and Thomas Street (1913). It originally contained dormitories and a gym for firemen as well as stables for the horses that drew the fire engines. It incorporated a number of innovative features, including connection to a city-wide telegraph fire signal system, brass sliding poles from the dormitories to the engine bays, automatic horse releases and quick-opening folding teak doors, allowing for a fifty second turnout. Although it has lost some original fabric, it retains much of its original form and character and is a significant landmark on the Dublin city skyline.