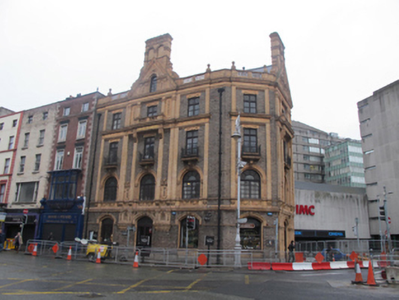 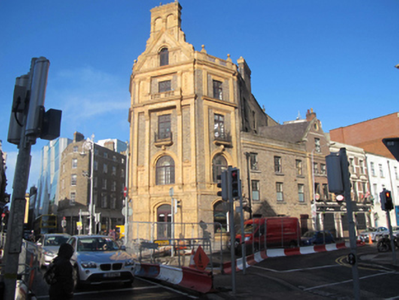 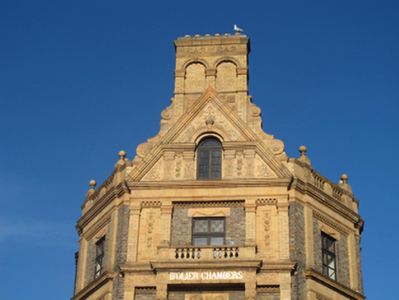 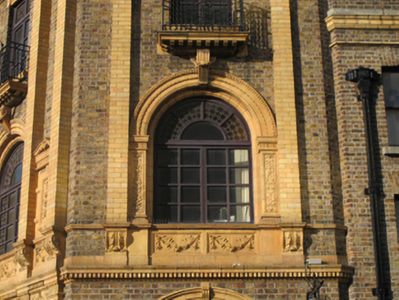 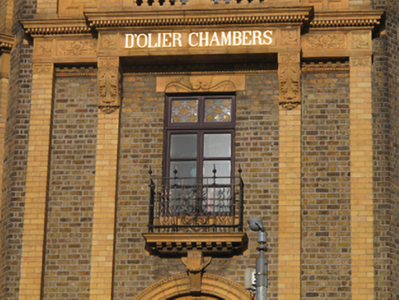 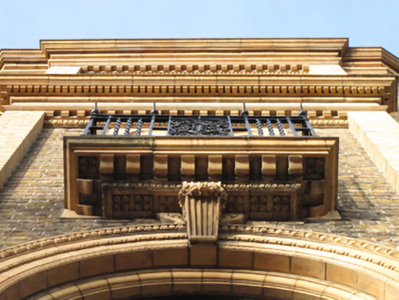 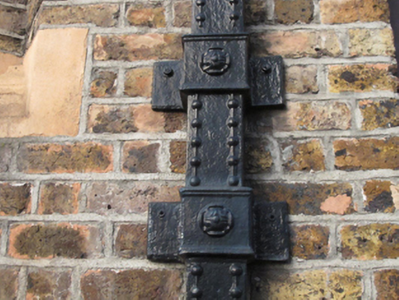 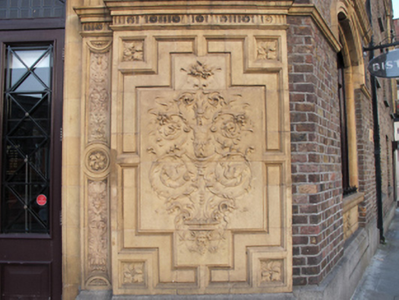 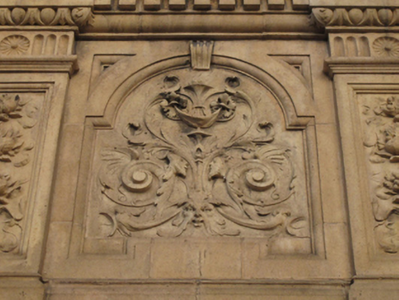 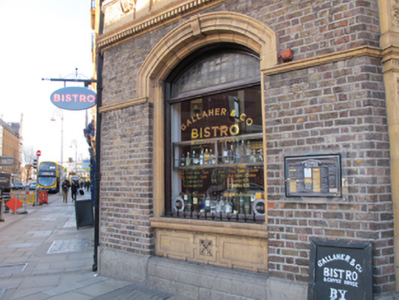 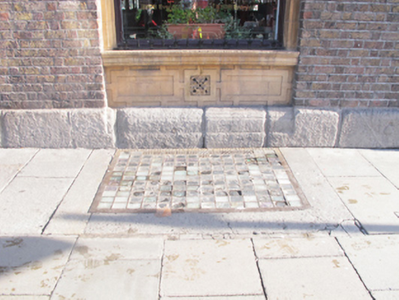 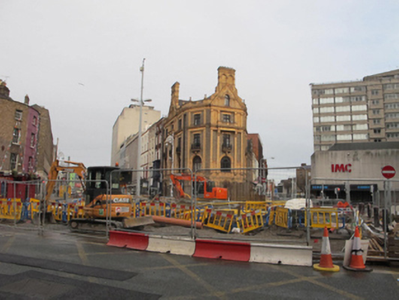 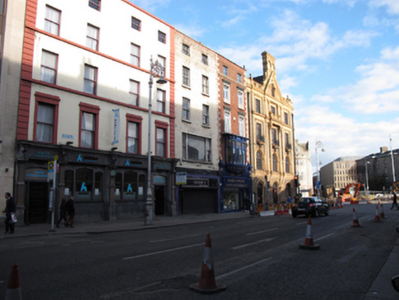 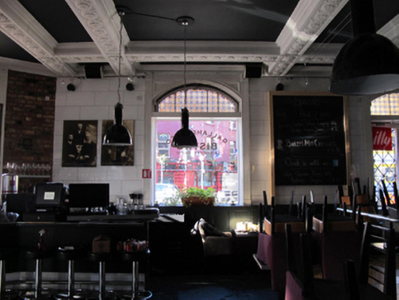 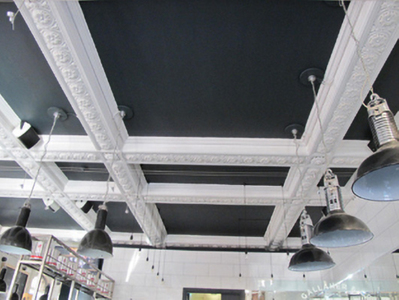 With its form, scale, and elaborate terracotta embellishment, this building is a striking addition to the streetscape. It is prominently sited overlooking the junction of D’Olier Street, Fleet Street, College Street, Pearse Street, Townsend Street and Hawkins Street. D’Olier Chambers was designed and built by the Irish architect J.F. Fuller as the southern branch of Gallagher & Company, tobacco manufacturers. Fuller specified that J.C. Edward’s best buff terracotta and facing bricks were to be used. This is one of a number of late Victorian commercial buildings in Dublin which make extensive use of terracotta, providing textural and tonal variation with the brown brick of the façade. The pedimented breakfronts, surmounted by elaborately detailed chimneystacks, create a remarkable silhouette, and lend diversity to the architectural character of the area.