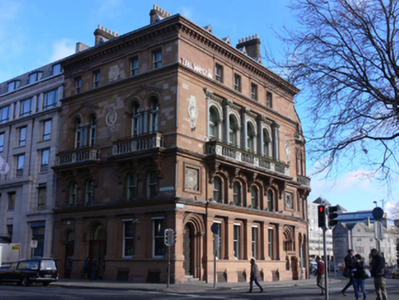 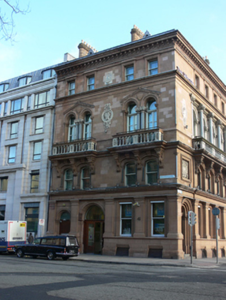 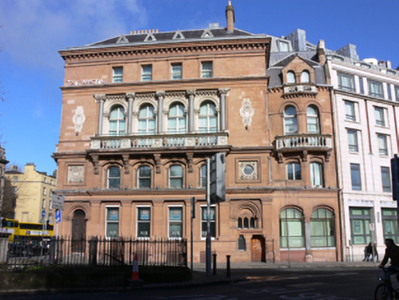 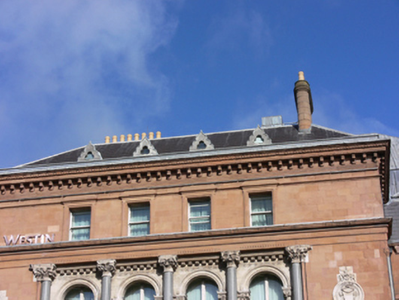 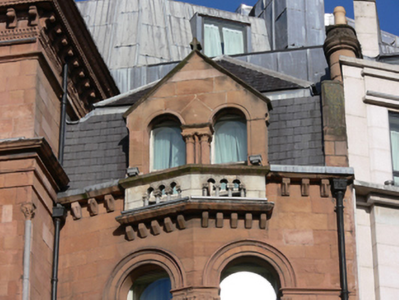 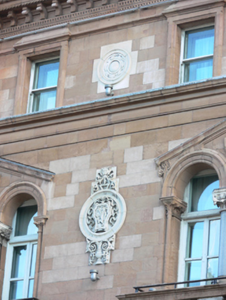 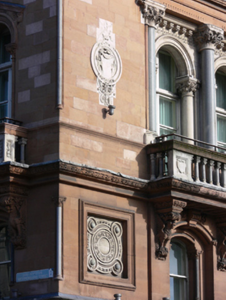 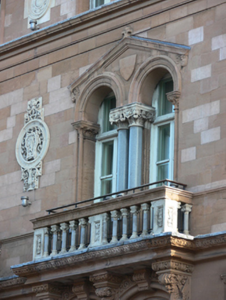 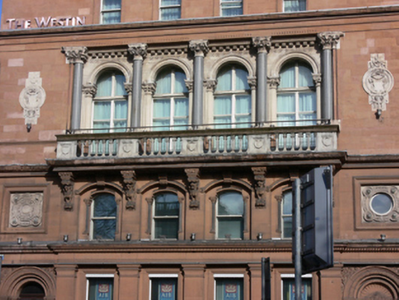 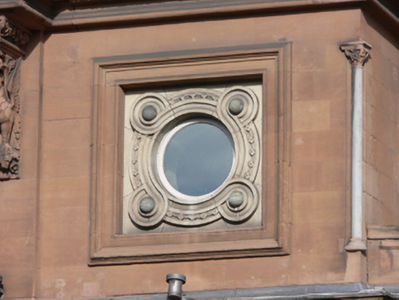 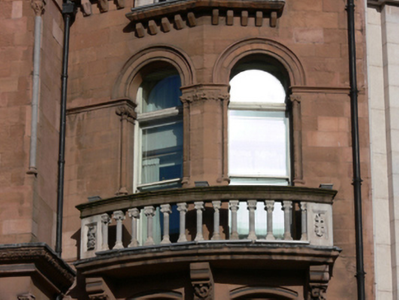 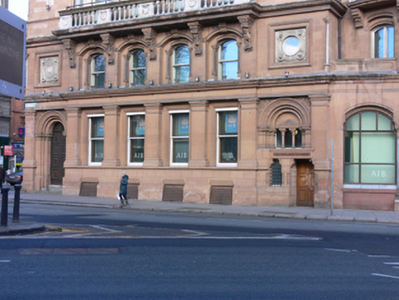 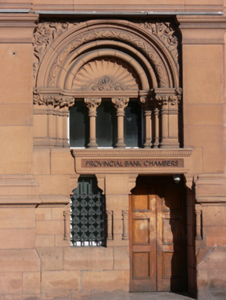 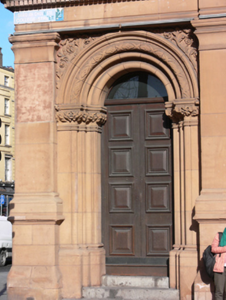 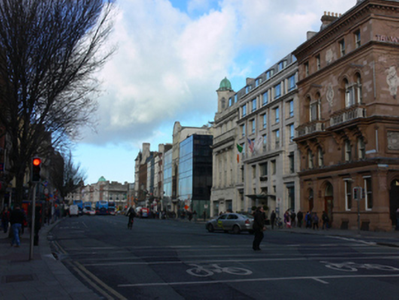 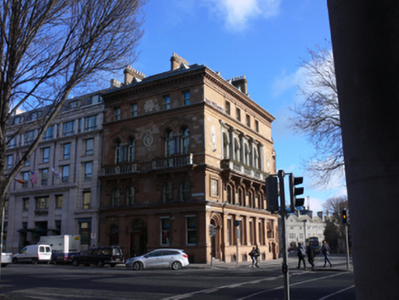 Built as the offices of Scottish Widows Insurance in 1875 to designs of the prolific architect T.N. Deane (1827-1899), this impressive building has a commanding presence on the junction. The limestone panels and balconies form a pleasing contrast with the vibrant hues of the ashlar sandstone walls, while the well-executed detailing, internally as well as externally, adds further artistic interest. These masonry details remain sharp, possibly as a result of their renovation and repair in 1912 by the contractor S.H. Bolton under the guidance of T.M. Deane. The Venetian Renaissance style of the building complements and contrasts with the neoclassical style which dominates nearby College Square. Scottish Widows Insurance was established by Lloyds Bank at the beginning of the nineteenth century. The building's setting, surrounded by commercial buildings, indicates the success of Dublin based financial services at the time.