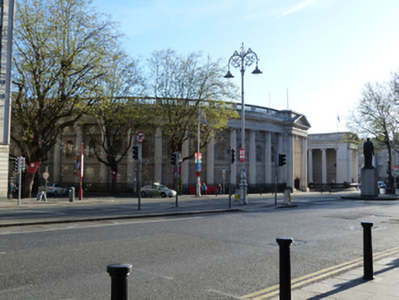 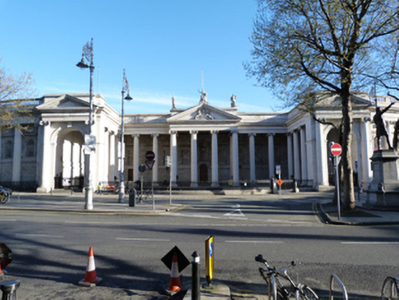 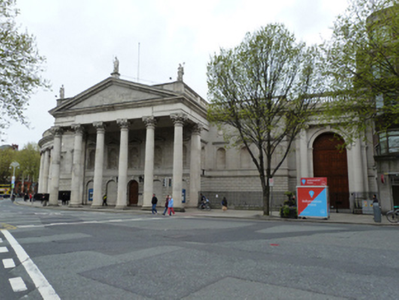 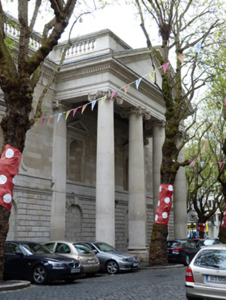 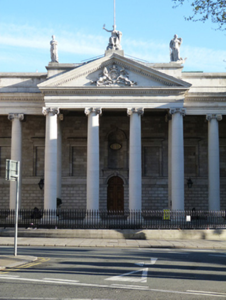 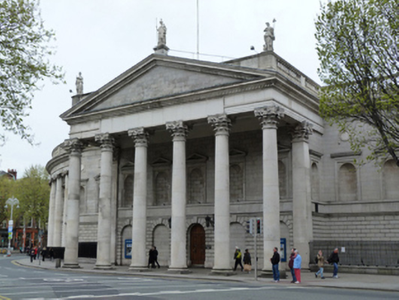 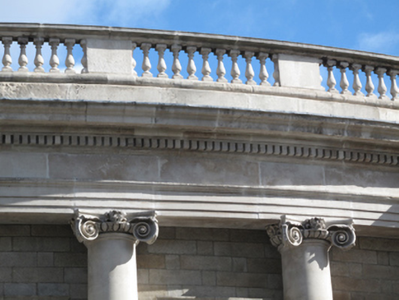 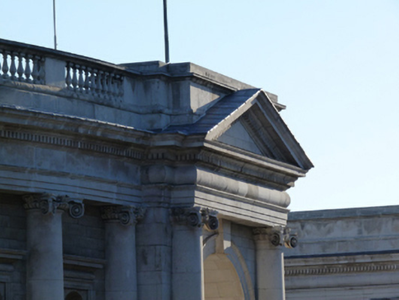 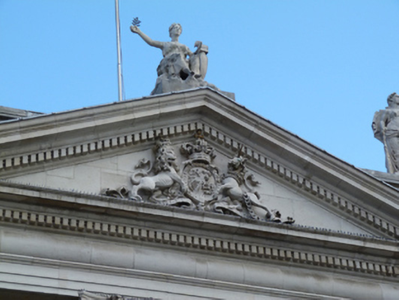 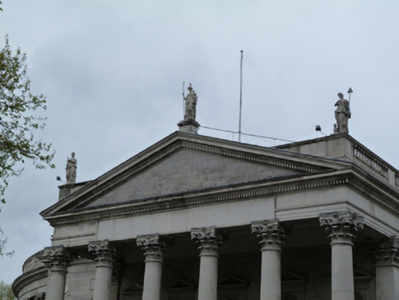 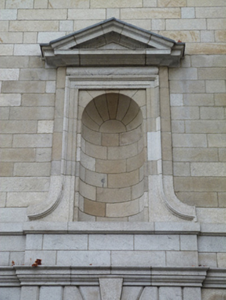 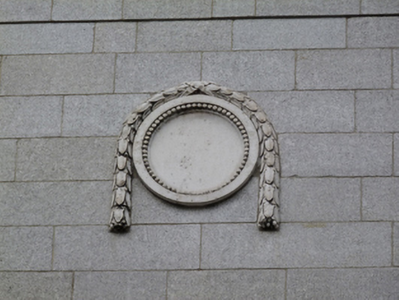 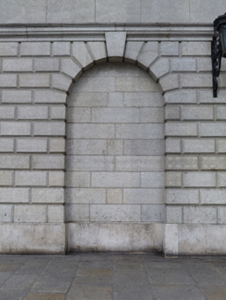 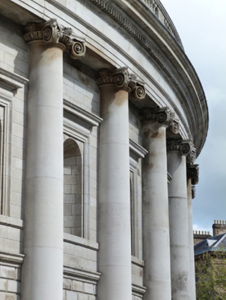 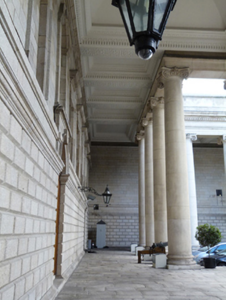 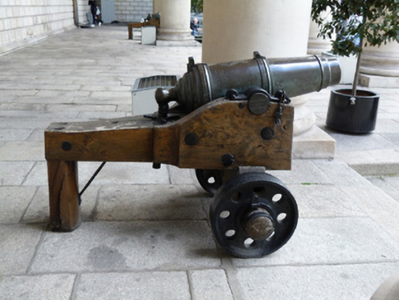 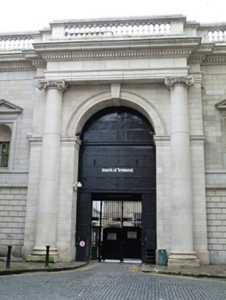 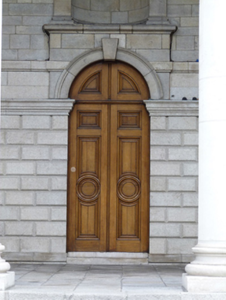 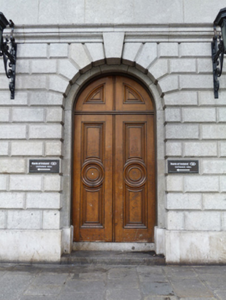 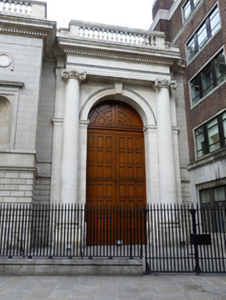 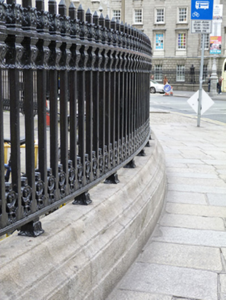 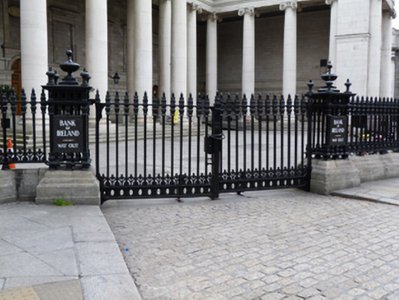 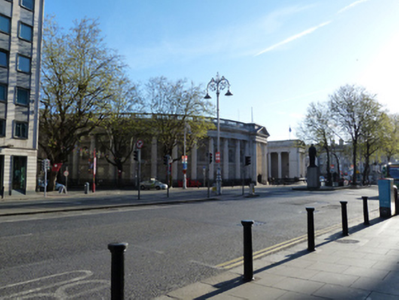 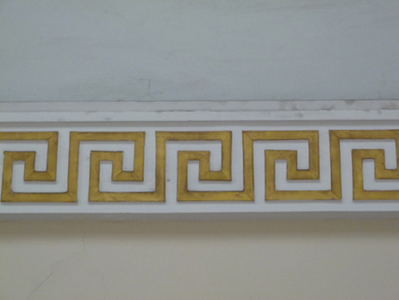 The site of the Bank of Ireland and former Parliament House was occupied from the late fifteenth century by Sir George Carew’s Hospital and subsequently Chichester House, the residence of Lord Deputy Arthur Chichester. The parliament first sat in Chichester House. In 1728 the site was cleared and the first purpose built bicameral assembly building in Europe constructed, to the designs of Sir Edward Lovett Pearce. Its magnificence and scale reflect the confidence of the Dublin parliament. Now regarded as a Palladian masterpiece, it is one of the most significant buildings of the style in Ireland. Pearce’s building consisted of the central block with its colonnaded piazza to College Green. Cartographic and graphic sources indicate it was hemmed in on both sides by houses. Pearce introduced the combination of Portland stone and granite, a combination widely used in the city in the Georgian period. It was extended to the west by James Gandon, adding the curved screen wall and the Corinthian portico facing Trinity College in 1785. In 1792-94 by Edward Parke added a western colonnade and tetrastyle portico fronting onto Foster Place. Following the Act of Union, the parliament was closed and the building was purchased by the Bank of Ireland (founded 1783) and adapted by Francis Johnston as their headquarters. Johnston remodelled the interior and unified the façade along College Green by adding a matching curved screen wall behind Parke’s colonnade. The statues of Hibernia, Fidelity and Commerce, by Edward and John Smyth, were added to the entrance portico as part of the project. Most of Pearce’s interiors were lost in the remodelling as a bank, but the corridor and House of Lords survive. The retention of many early features add artistic interest to the interior, including carved stone fireplaces, which attest to the high degree of artisanship involved in the execution of the composition. Carved timber fittings, dating from the conversion for use as a bank, remain in use. The interior is replete with Classical motifs, indicative of the ongoing popularity of these in the architecture of public buildings. The setting is enhanced by well-executed late nineteenth-century railings by Kennan & Sons. Together with the front of Trinity College, the building contributes to make one of the premier urban spaces of the city.