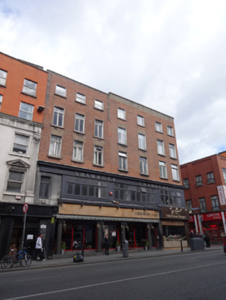 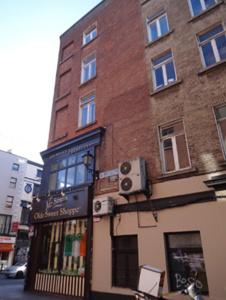 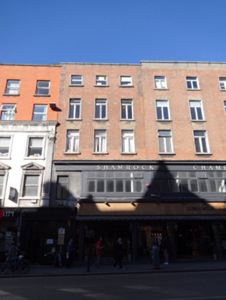 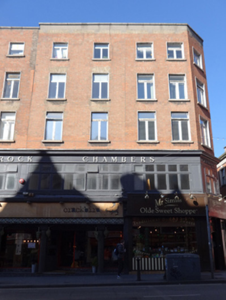 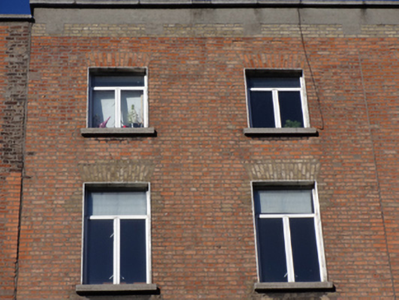 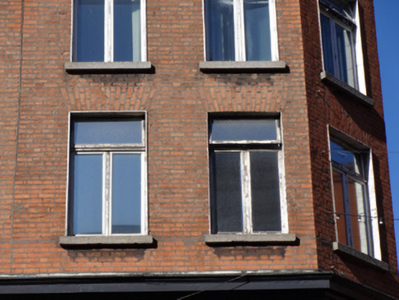 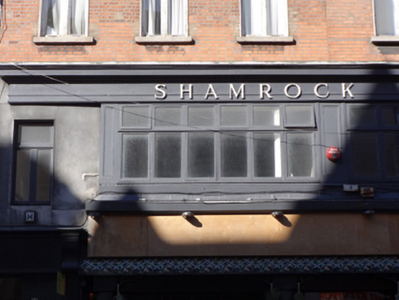 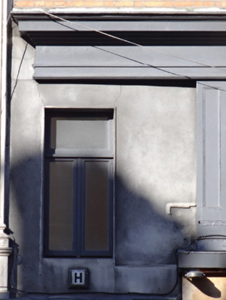 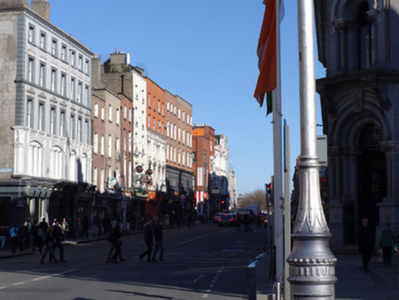 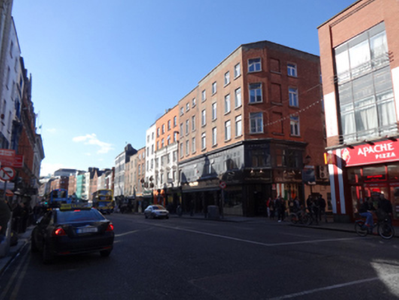 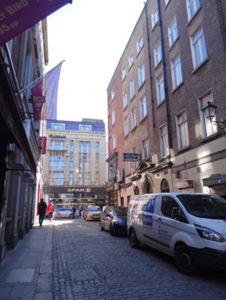 Due to its form and scale, this building makes a strong impression on the streetscape. The first floor glazed screen is particularly striking. Its development is unclear, and although it may contain earlier fabric, its present form arises from works in 1871 by J. Rawson Carroll for Brown, McConkey & Co., and later alterations in 1890, 1909 and 1930 for the Lipton family who were tea merchants. The name Shamrock Chambers was derived from the name of their racing yacht. The later rendered shopfront on the Eustace Street elevation demonstrates good quality decorative detail, in particular the ornamental detail within the round-headed windows. The internal lift dates to c.1890 and is one of the last metal-cage lifts in the city. Dame Street, which derives its name from a dam which powered a mill on the River Poddle, was an important thoroughfare during the eighteenth century, connecting the Parliament House, now Bank of Ireland, with Dublin Castle. It was significantly rebuilt in the latter decades of the eighteenth century by the Wide Streets Commissioners.