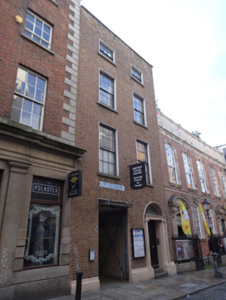 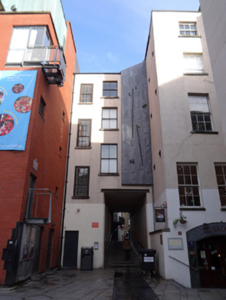 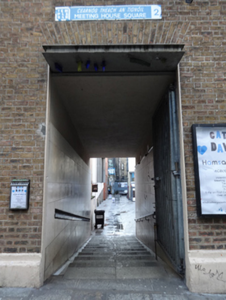 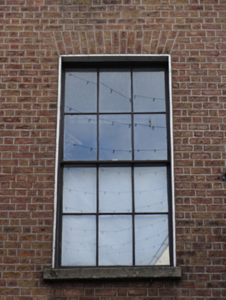 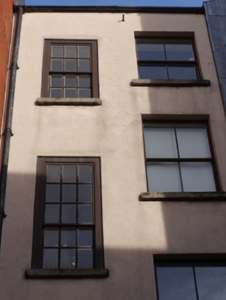 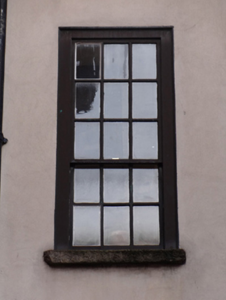 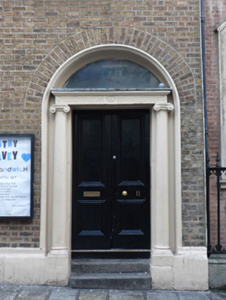 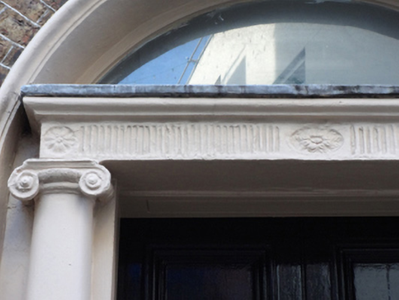 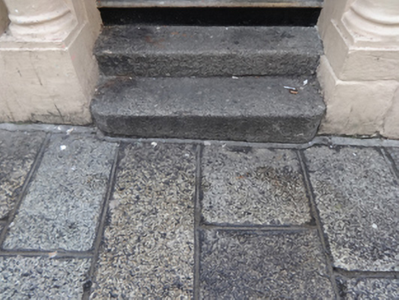 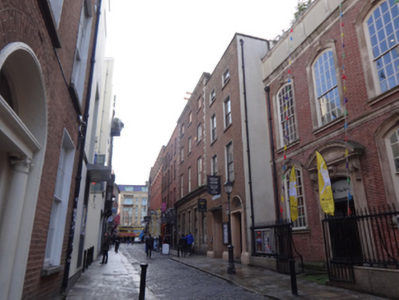 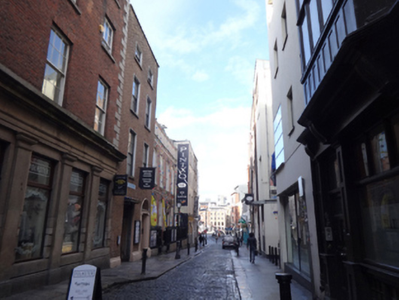 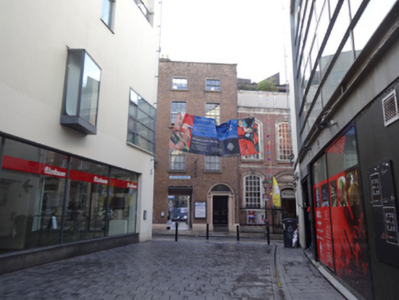 This building's good quality late-Georgian replacement facade belies its early eighteenth-century origins, which are clearly revealed by the rear elevation's rare surviving original windows and glazing. The graduated fenestration pattern also underscores its early origins. Salient interior joinery, including original hall and stair wainscoting, has also survived the building's varied uses, including a plate warehouse and solicitors' offices in the nineteenth century. The doorcase with subtle embellishments adds decorative interest to the unadorned facade. It acts as an historic vista terminus to the modern Curved Street. Good-quality glass sculptural insets within the archway and to the rear elevation by Felim Egan date to 1992, and relate the historic building to its new role as a gateway to Meeting House Square, the artistic and cultural hub of Temple Bar.