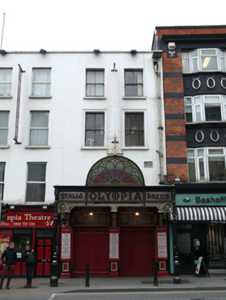 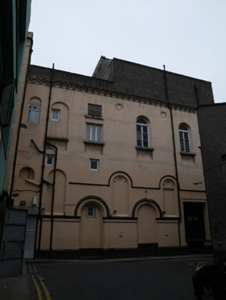 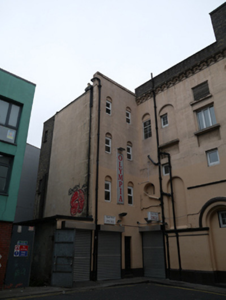 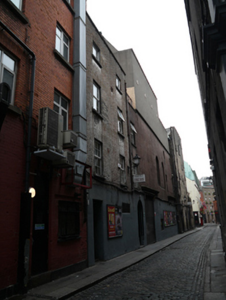 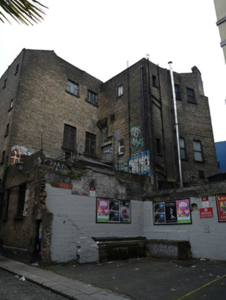 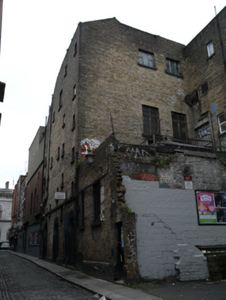 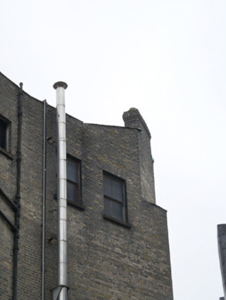 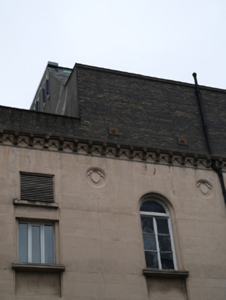 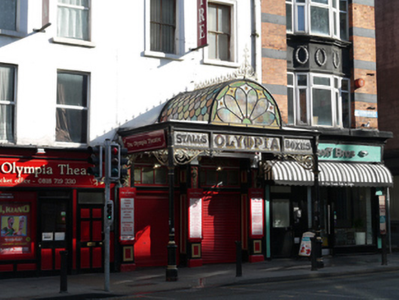 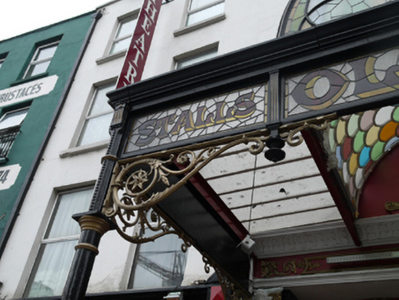 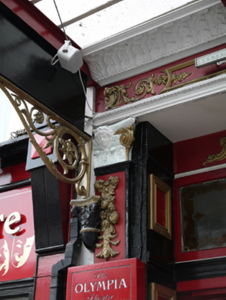 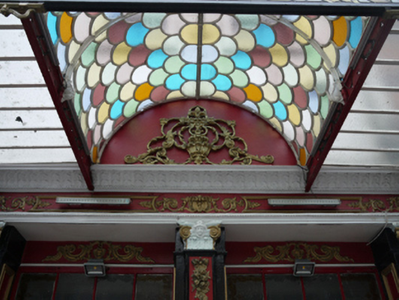 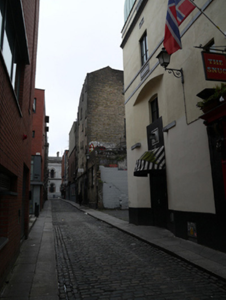 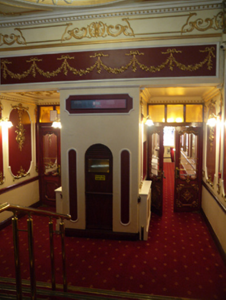 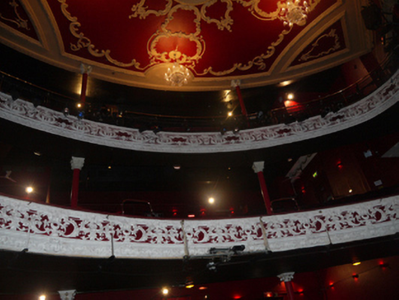 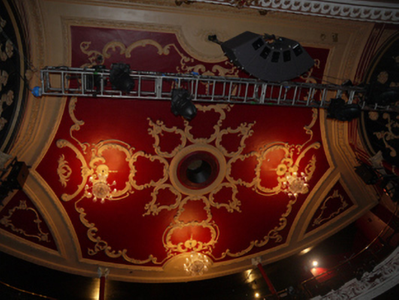 The Star of Erin Music Hall was established here, behind the eighteenth-century house, in 1879. It was built for Dan Lowrey, to designs by J.J. O'Callaghan, with the principle entrance from Crampton Court. It served as the location, in 1896, of the first screening of a cinematic film in Ireland. It was completely remodeled to designs by Richard Henry Brunton to become the Empire Palace Theatre of Varieties in 1897. Works included the addition of a canopy, fabricated by Saracen Ironworks Glasgow, to the Dame Street entrance, serving the practical function of shelter and advertising the theatre, as well as lending considerable decorative interest to the composition. The theatre's former orientation to Crampton Court is evident, with the outline of earlier openings remaining. Aside from the stained glass and enriched stucco detailing of the entrance, which constitutes a notable addition to the streetscape, the restrained eighteenth-century Dame Street facade belies a rich Rococo-revival interior that retains much early fabric, with gilt and elaborate plaster detailing, and the balconies and colonnaded boxes characteristic of Victorian theatres. It was named the Olympia in 1923, following Independence. The proscenium arch collapsed in the 1970s. Scott Tallon Walker Architects undertook the theatre's restoration. The canopy was damaged by a vehicle in 2004, but was later restored. With its long history as a theatre, this building is an important reminder of the cultural heritage of Dublin, with continued significance in the cultural life of the city today. It is reputed that Peadar Kearney, author of the national anthem, turned the fire hose on the orchestra in 1915 for playing the British anthem.