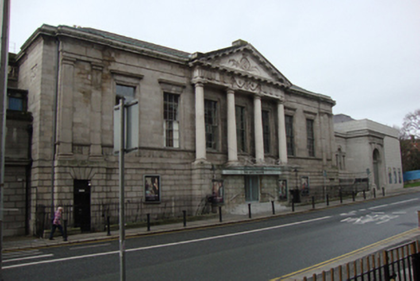 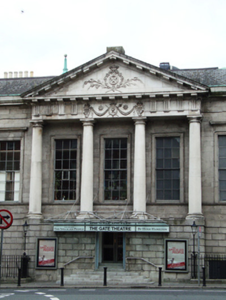 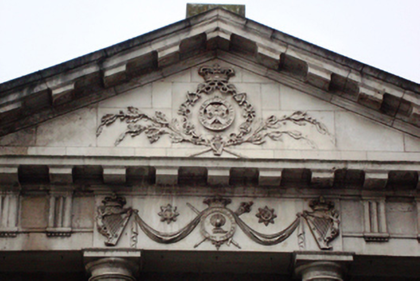 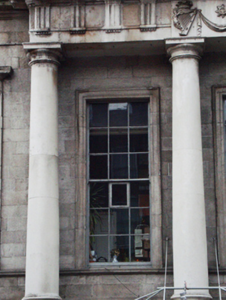 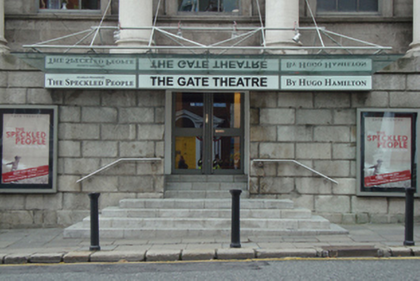 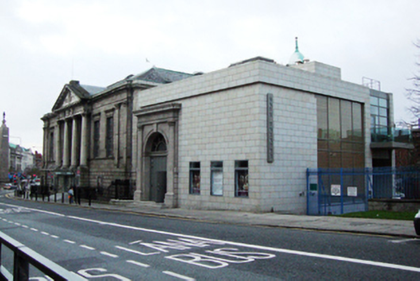 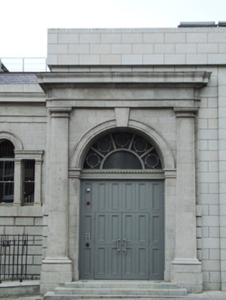 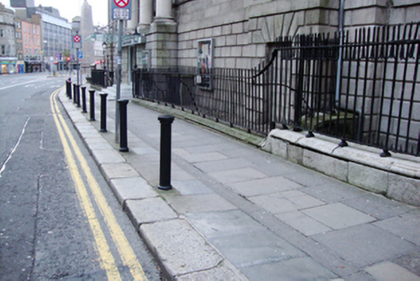 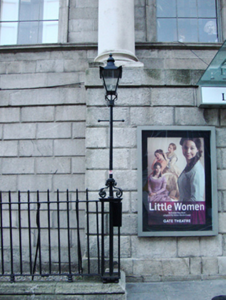 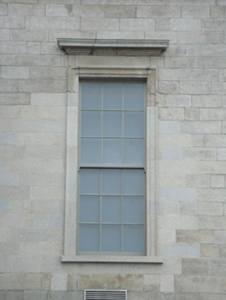 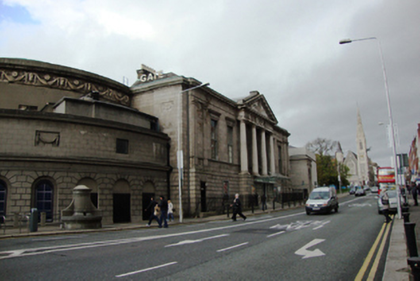 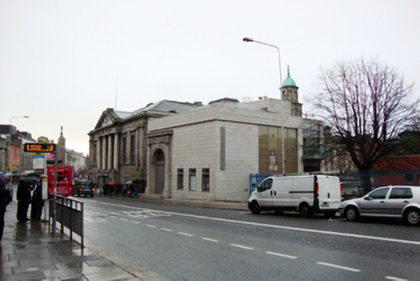 Adjoining the east colonnade of the Lying-In Hospital, the Assembly Rooms or Rotunda (now the Ambassador Theatre) were built in 1764. In 1786, a new two-storey assembly building (now the Gate Theatre, described here) was built to the north of the Rotunda. The New Assembly Rooms, were designed by Richard Johnston, elder brother of Francis, to contain a Tea Room and Ballroom at ground floor level, and a grand first floor Supper Room. The central doorway on Cavendish Row was originally blind but was opened up as an entrance to the Gate Theatre when the large first floor Supper Room was remodelled as the Gate Theatre by Michael Scott in 1930. The 2008 extension to the theatre by Scott Tallon Walker is sympathetic with the Georgian character of the building and attempts to link harmoniously with the use of smooth granite cladding and classical features to Cavendish Row. The whole is unified with a neo-classical style so characteristic of public architecture of this date. The ornate detailing to the portico is complemented by the restraint shown in other elements of the building such as the simple Doric columns flanking the breakfront. The fine, large timber windows elegantly light the first floor and echo the status of this building. The theatre contributes significantly to the eighteenth-century character of Parnell Square, Cavendish Row and the Rotunda complex.