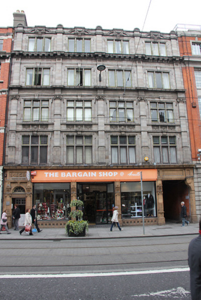 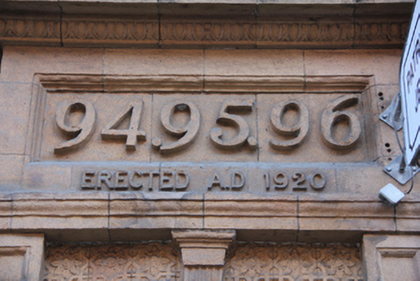 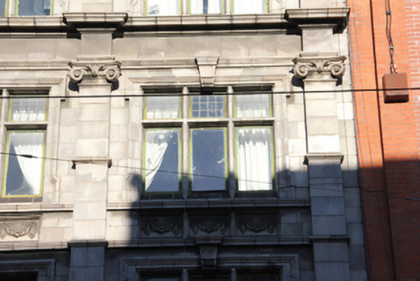 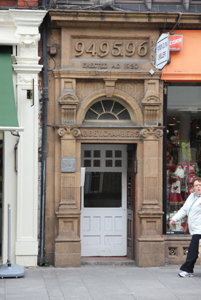 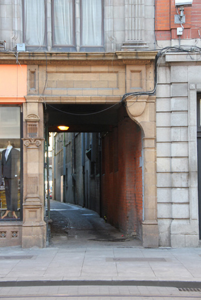 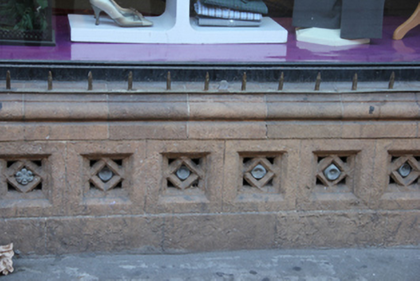 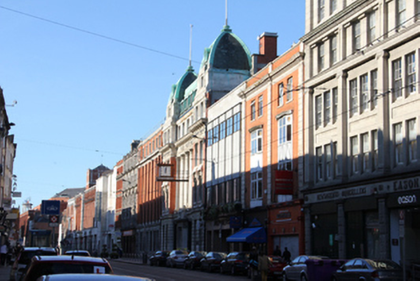 This fine and highly decorative commercial building, located at the north side of Middle Abbey Street, was built following the large scale destruction inflicted along this street during the 1916 Easter Rising. It is notable for the fine glazed terracotta\faience façade in the Elizabethan Revival style, a rare surviving example of its type in the streetscapes of Dublin. The elaborate shopfront has been sandblasted but is notable for the intricate classical doorcase, moulded lettering detailing to the carriage-arch, and the classical detailing. During the early part of the twentieth century this building formed part of the offices of the Milverton limestone quarries of Skerries which supplied stone for sculptural purposes. Lewis 1837 records 'at Milverton is a quarry of very fine building stone, frequently imbedded with fossils, which, when polished, is equal to marble and is often used for mantel-pieces'. Carved stone from this quarry can be seen at the Lambay Castle, Rockabill Lighthouse, St Patrick's Church, Skerries and in many other churches, The Carnegie Library, Skerries, railway bridges, monuments, tombstones, kerbing, boundary walls, sea walls, and many buildings throughout Dublin and its environs. It is interesting that the architect involved in the design of this building selected glazed terracotta/faience for the decorative elements of this building rather than the carved limestone produced by Milverton Quarries - this may have been for financial reasons. This building makes a strong contribution to the streetscape of Abbey Street Middle with its elaborate façade, and is a landmark feature on the street.