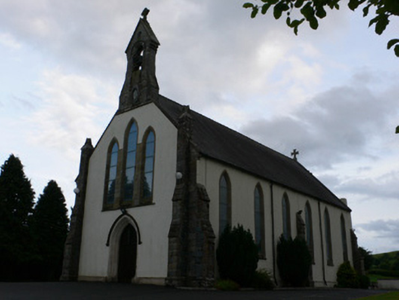 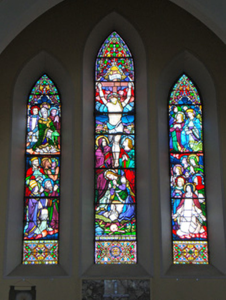 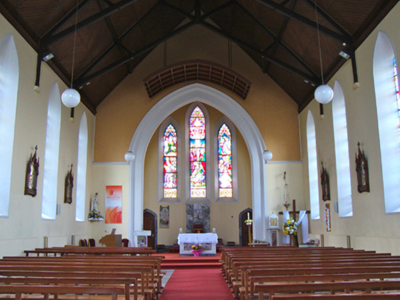 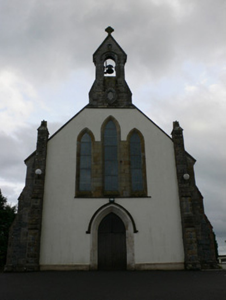 All Saints' Catholic church was built about 1857, but rebuilt in 1882 and carries a date plaque from this phase. Despite its modest dimensions and plan the building displays elements of fine craftsmanship including its sandstone bell-cote, buttresses and cross finials. To the interior, the decorative porch doors are of decorative interest, as are the exposed roof trusses and stained-glass windows depicting the Crucifixion to the south end. Located within its own grounds, the setting of this building is completed by the graveyard to the south, and the boundary wall with decorative cast-iron entrance gates. The church is of considerable social significance to the local Catholic community in this rural farming area.