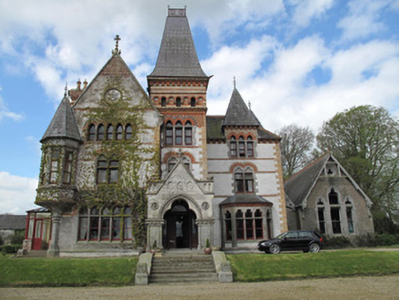 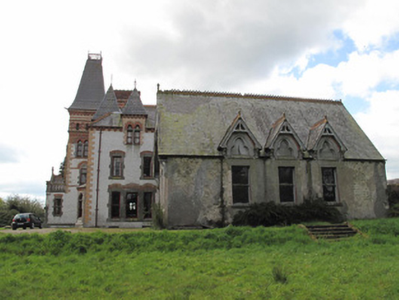 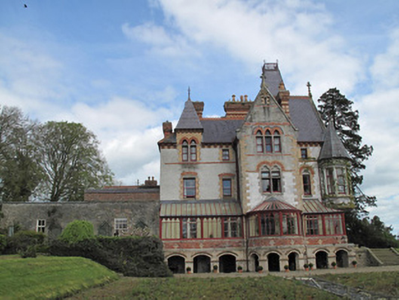 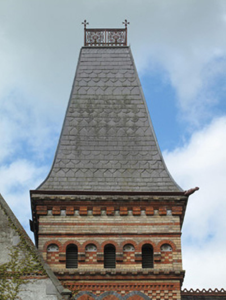 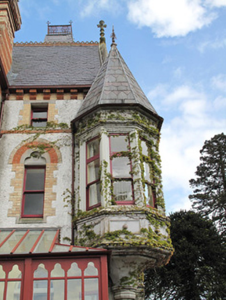 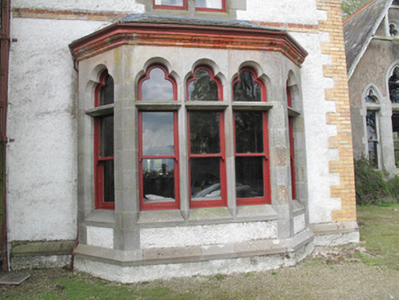 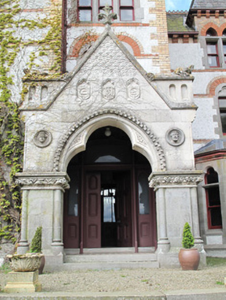 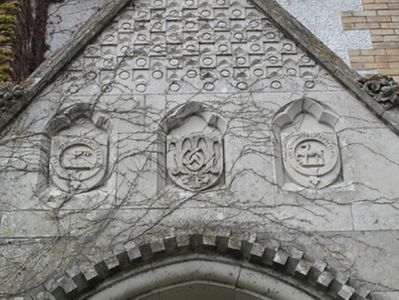 A modestly-proportioned Georgian house was built here about 1722, but was remodelled in a dramatic Ruskinian Gothic style by W.J. Barre in about 1868, incorporating elaborate additions such as projecting gables, gargoyles, a turret-like oriel window, an ecclesiastical-themed 'music room', pyramidal spires to the roof, and intricate polychrome brick detailing indicative of the later nineteenth-century date of this remodelling. The building displays naturalistic carvings in stone, probably undertaken by the Fitzpatrick Brothers of Belfast, one of which depicts William Henderson, the owner of Bessmount Park, who was High Sheriff in 1876. Bessmount Park is notable for the intricacy of its design, a rare example of such a high degree of ornamentation in Ireland.