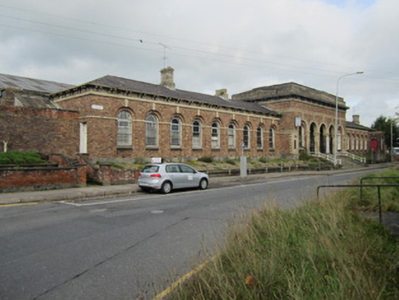 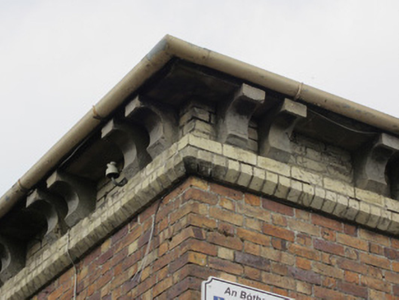 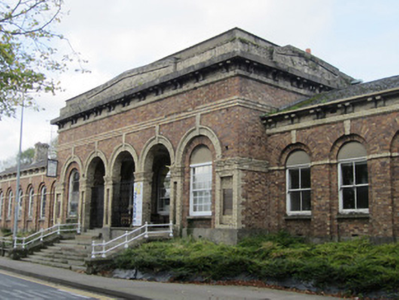 This was a principal station building on the Portadown to Cavan line of the Great Northern railway and is strongly reminiscent of the station at Portadown which was also built to designs by County Louth engineer John MacNeill. Some later adaptations were carried out to designs by Dublin architect William Murray. The present structure replaced, in 1863, a timber passenger building located where the stone goods shed now stands to the east, after the line to Monaghan had been opened in May 1858 and the new station also incorporated the station master's house. The goods shed and possible remains of a signal box are the only other original elements of Monaghan Station which survive. As well as being an impressive Victorian architectural statement on this northern part of Monaghan town, this building provides a significant reminder of the nineteenth-century industrial and transport heritage of the area and retains much of its historic frontage fabric intact. The use of brick, so typical of the town, is well used to create an interesting polychrome facade. The recessed surrounds to openings, and more especially the arcaded projecting entrance block with its pediment details, displays classical detailing and adds monumentality to this particularly significant public building.