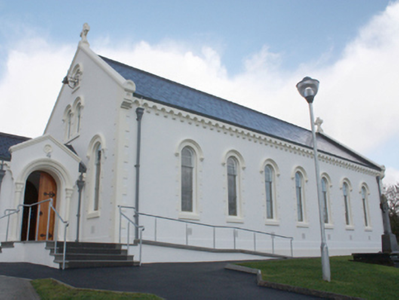 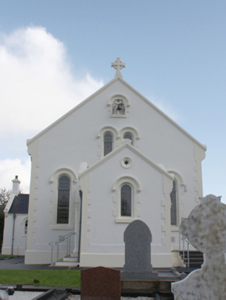 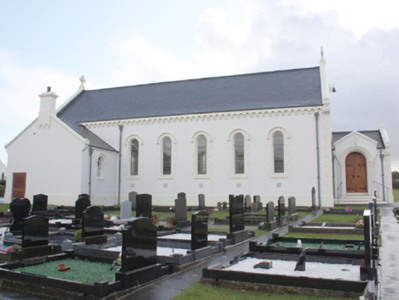 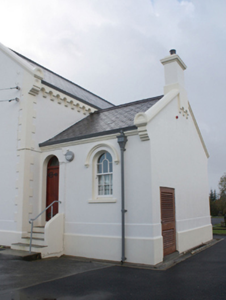 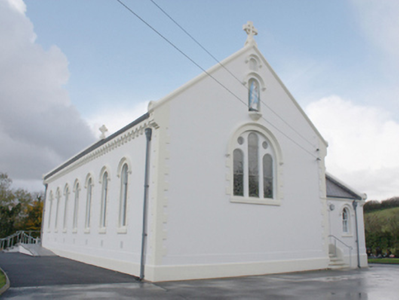 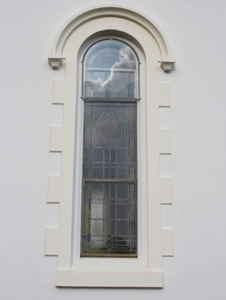 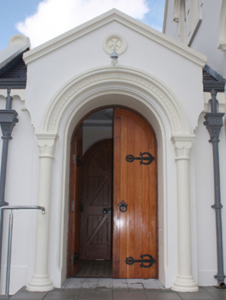 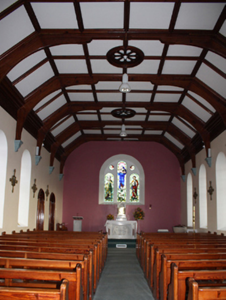 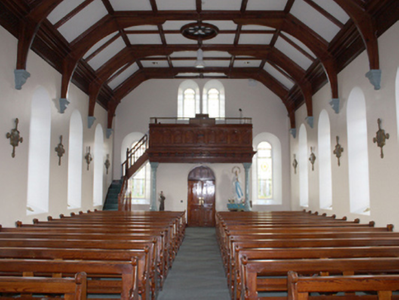 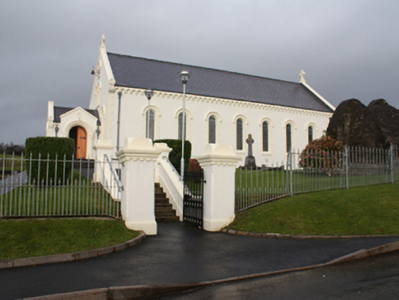 An early-twentieth century, neo-Norman style, church which replaced an earlier building nearby. It was designed by J.P.M. McGrath (1875-1948) of Derry for the Rev. M. O’Mullin, P.P. Tenders were invited August 1921; work in progress April 1923. Its simple plan and use of ordinary materials are enriched by its rich exterior decorative detailing. The retention of the stained glass windows, as well as its original doors with their fine wrought-iron strap hinges add to its architectural and artistic value. The interior is well proportioned and attractively detailed. The gateways, with their decorative piers and wrought and cast-iron gates, are in keeping with the church and thus are integral to the unity of the site.