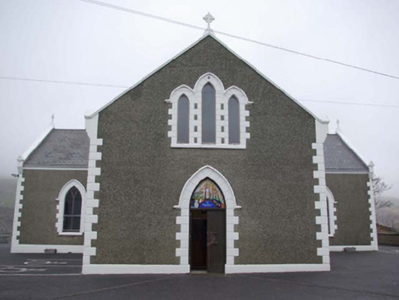 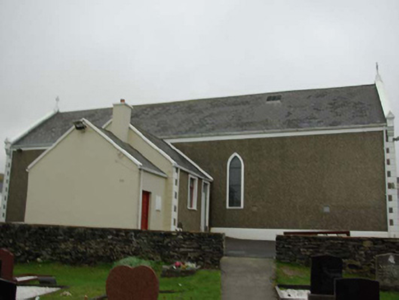 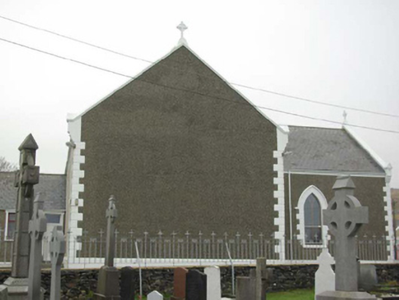 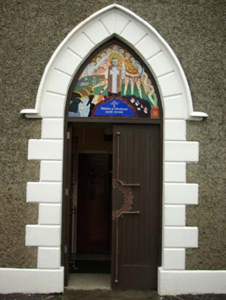 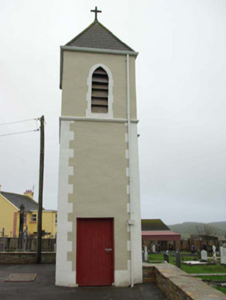 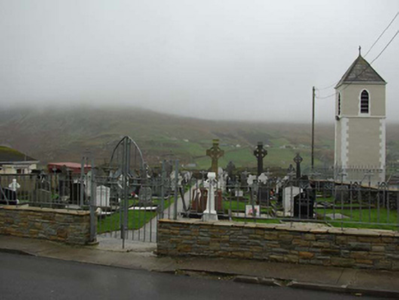 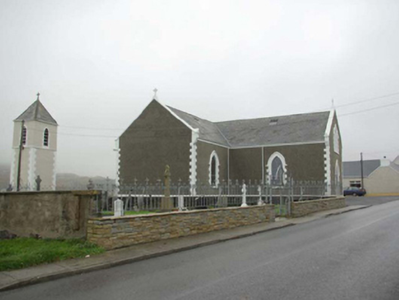 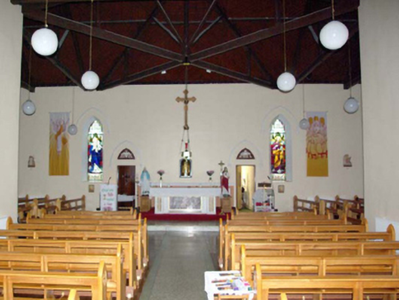 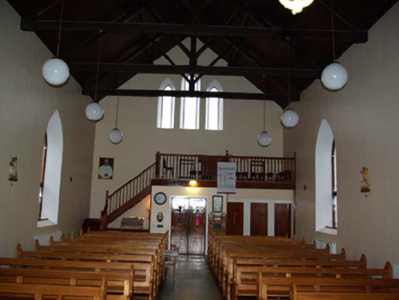 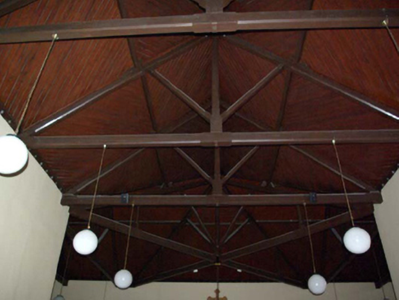 This simple early-to-mid nineteenth-century Catholic church retains its early form, and much of its early character, despite some alteration and additions in recent years. The pointed -arch openings give it the bare minimum Gothic character. Its simple form and relative lack of ornament is typical of early post-Emancipation (1829) Catholic churches in Ireland and the plain elevations are almost vernacular in character. The surrounds to the openings add a hint of decoration to this otherwise plain edifice. The altered interior is notable for the open crown-post timber roof structure and the figurative stained glass windows to the north wall. The present church may have been originally built as a hall-type Catholic church in 1833 (indicated on Ordnance Survey first edition six-inch map of 1837; Slater’s Directory of 1894 records that it was built in this year). It was apparently rebuilt or heavily remodelled in 1854. The church was remodelled in 1904 to designs by the architectural firm Doolan, Butler and Donnelly, who also designed the new Catholic church at nearby Cill Charta/ Kilcar (see 40844010) around the same time (1903 – 04). The nature of these works are not known but may have included the installation of the stained glass windows and the construction of the freestanding belltower, and possibly the construction of the sacristy. The present belltower replaced an earlier one at or close to the present site. This was a modest single-storey rendered block surmounted with an open bell and mechanism (Lawrence photograph c. 1900). Although altered, this simple church is an integral element of the social history and built heritage of Gleann Cholm Cille/Glencolumbkille, and is a landmark feature in the centre of the village making a strong contribution to the streetscape. The graveyard to site adds to the context of this building, and completes the setting. This graveyard contains mainly twentieth century gravemarkers (from 1899).