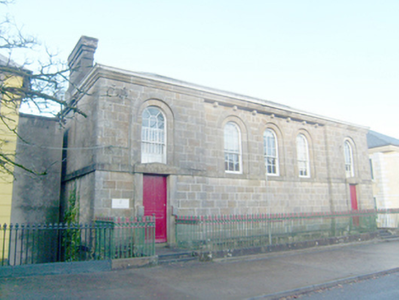 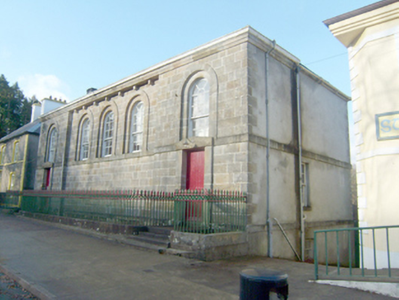 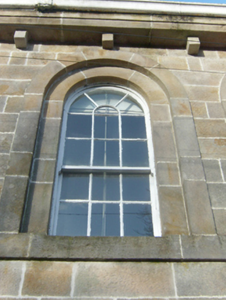 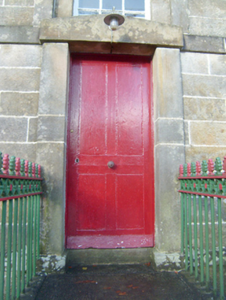 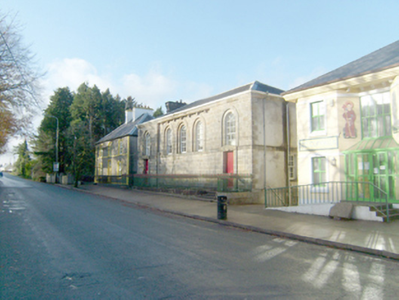 This fine symmetrical mid nineteenth-century classical-style court house retains its early form and character. Its fine ashlar façade with recessed round-headed window openings, advanced end bays with entrances with distinctive Greek-style ashlar doorcases, stringcourses and sill course, pronounced eaves course, and the bracketed eaves\modillions to the recessed three bays, help give this appealing building a strong presence and air of authority that befits an important civic building such as a court house. The quality of the stonework is of a standard not commonly encountered, and is clearly the work of highly skilled masons. Its visual appeal is enhanced by the retention of salient fabric such as the timber sliding sash windows and battened timber doors. The interior also survives largely intact, particularly the double-height courtroom. There was formerly a bridewell (jail) to the basement level, later converted to a museum in recent decades (now closed?), while the ground floor was in use as a public library. Its plan and form are similar to a number of court houses built in some of the smaller regional towns in Ireland (particularly Ulster) during the mid-nineteenth century, including that at Buncrana (see 40815039; possibly built to designs by William Caldbeck) and Carndonagh (see 40805024) in Donegal, at Listowel in Kerry, Carrickmacross and Clones in Monaghan, Newcastle West in Limerick, and Youghal in Cork. The designs of this court house at Glenties has been attributed to William Calbeck (1824-72) by several authorities (including Rowan (1979) and Brett (1973) based on stylistic similarities with other court houses he designed, and it is a variant of his standard design of five-bays and two-storeys with projecting end bays, hipped roof, and with basement level containing the bridewell cells. The construction of this building was the cause of acrimony between the Grand Jury for Donegal and the Lord Lieutenant. The Grand Jury considered it ’unnecessary and inexpedient’ in view of the presence of a new courthouse at nearby Donegal town (built 1833; see 40843010); while the Lord Lieutenant differed, and directed them to build it, at a cost of £900. This sum they refused to commit to, on the advice of their Surveyor, who suggested that £650 would be more than adequate. After an exchange of memoranda and resolutions the Grand Jury was constrained to give way, and it was constructed. Slater’s Directories of 1881 and 1894 records that a court of quarter sessions was held [here] once a year and petty session held on the first Friday monthly at this time. Apparently, a contingent of British army troops was stationed here from 1843 until 1921 and was replaced by a contingent of the New Stare Army. The bridewell cells were used to hold Republican prisoners during the Civil War. The building featured as a set in the BBC\RTE drama ‘The Hanging Gale’ (1995), which was set in 1846 at the start of the Great Famine. Occupying a prominent site along the main approach road into Glenties from the south-west, this building is a notable and imposing feature in the streetscape of the town, and an integral element of the built heritage of the local area. The attractive wrought-and cast-iron railings to the street-frontage to the south-east, and the rubble stone boundary wall to the rear, complete this composition and add to the setting. As an important public building within the town, this court house is a structure of merit, not simply for its impressive architectural design, but because it represents historical and social significance to the local area.