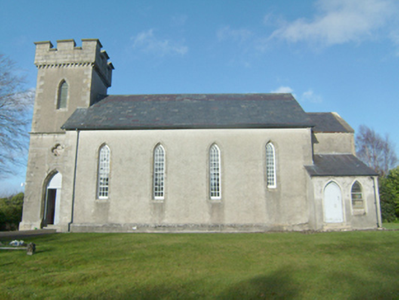 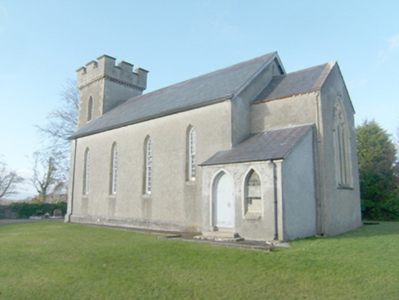 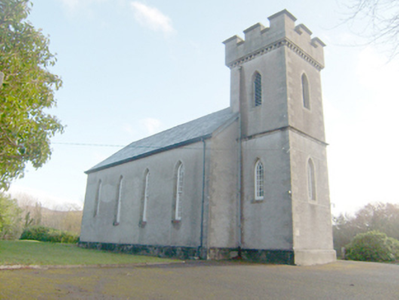 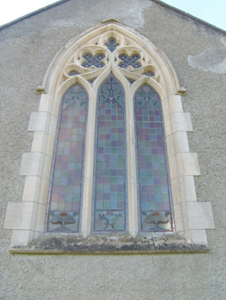 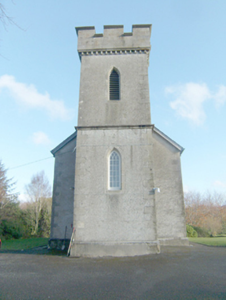 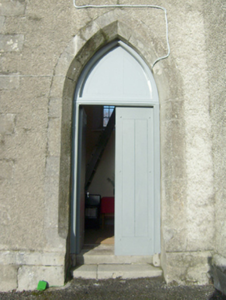 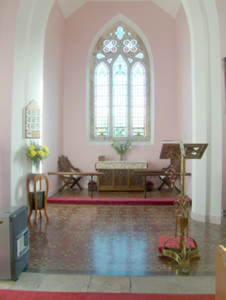 This appealing small-scale Church of Ireland church, which originally dates to the mid-nineteenth century, retains its early form and character. It also retains much of its early fabric including natural slate roof and timber sliding sash windows. The pointed-arch openings lend this building a muted Gothic theme that is typical of its type and date. The plain exterior elevations of the nave are enlivened by the simple ashlar sandstone surrounds to the openings and the chamfered cut stone plinth course, while the muted cut stone detailing to the tower, particularly to the parapet, surrounds to openings, and the stringcourse, create additional interest. Of particular note is the complex quasi Reticulated\Geometric cut stone tracery to the triple-light window to the chancel gable, which is clearly the work of skilled masons. The visual appeal and integrity of this building are enhanced by the survival of much of its salient fabric including timber sliding sash windows with intersecting glazing bars to head, and the natural slate roofs. The interior also survives intact with a queen trussed roof, some fine carved timber detailing, sandstone flagging to nave, attractive leaded coloured glass windows to the chancel, and an attractive late-Victorian encaustic tiled floor to the chancel. It was originally built as a chapel of ease within the Church of Ireland parish of Inishkeel (original main parish church at Portoo\Churchtown to the west - see 40831001). The form of this church is typical of the standard three-bay hall and tower churches, which were built in large numbers, particularly between 1808-30, using loans and grants from the Board of First Fruits (1722-1833). However, this church is later than its early nineteenth-century appearance, dating to c. 1855 (not depicted on Ordnance Survey first edition six-inch map of c. 1837); most contemporary church of Ireland churches have a bellcote rather than a tower, a shallow chancel (the example at Glenties is probably a later addition, perhaps added c. 1890), and an offset gable-fronted porch to one side of the nave. A letter in the Conyngham family papers (The Conyngham family were proprietors of vast estates in Donegal - including the Glenties area - from c. 1750 until into the twentieth century. It is likely that the construction of this church was at least partially at the expense of the Conynghams) contains a letter (dated 16th June 1852) from Francis Nathaniel Conyngham (1797-1876), 2nd Marquis Conyngham, to ‘incumbent churchwardens, concerning the conveyance of a site and endowment of a church at Glenties; this suggests that this church dates to shortly after this time. As stated, the chancel is probably a later addition, perhaps added at the end of the nineteenth century. Works (tenders invited for ’alterations’) were also carried out in 1911 to designs by Francis Gerald Townsend (1875\6-1942\3), a Welsh engineer who moved to Ireland in the 1890s. These works possibly include the construction of the vestry. Located adjacent to the west of the centre of Glenties, this church is an integral element of the built heritage and social history of the local area. The small graveyard to site, which contains a modest collection of mainly upstanding gravemarkers, the rubble stone boundary walls, and the fine gateway to the north with ashlar piers and intricate cast-iron gates, add to the setting and context.