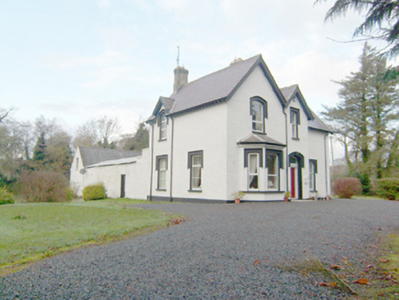 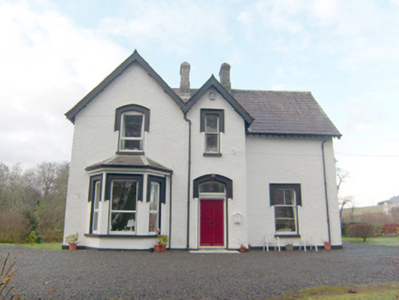 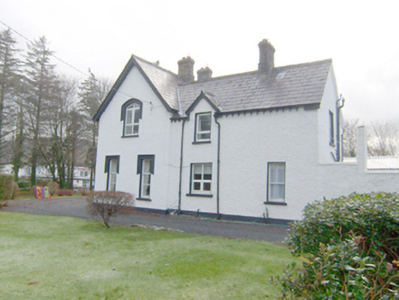 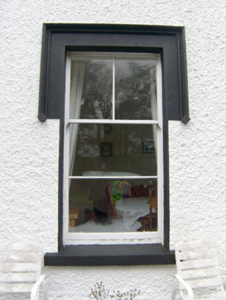 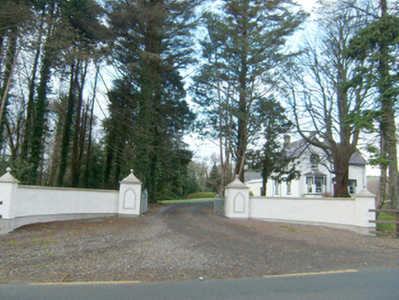 This attractive late nineteenth-century\late Victorian Church of Ireland rectory retains its early form and character despite some modern alterations. Its complex and eclectic form with advanced bays, canted bay, half-dormer window openings and a variety of differently-shaped window openings helps to create a picturesque composition. The deliberate asymmetry to the main elevations is a characteristic feature of many late-Victorian and Edwardian middle class domestic houses and structures found throughout Ireland. Its visual appeal is enhanced by the retention of salient fabric including natural slate roofs and timber sliding sash windows with distinctive two-over-two pane arrangement having vertical glazing bars to upper sashes and horizontal to the lower sashes. The loss of salient fabric to the door and to some of the window openings detracts somewhat from its integrity although suitable replacements could easily be reinstalled. The main elevations are enlivened by the surrounds to the upper halves of many of the openings with hoodmouldings over. This former rectory was originally built in 1875 to designs by William McElwee (1842-1913), a Derry-based architect who worked throughout Donegal in the last decades of the nineteenth century. This building forms a pair of related structures with the associated Church of Ireland church (see 40836001) located to the north of the centre of Ardara, and is an integral element of the built heritage and social history of the local area. The altered outbuildings and the gateway to the south-east add to the context and setting of this composition. This was the home of a Revd. Lewis Algeo in 1894 (Slater’s Directory).