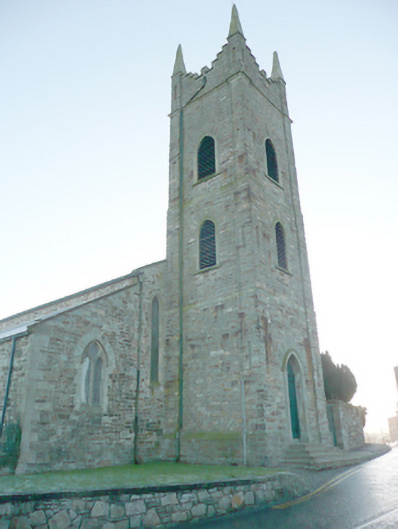 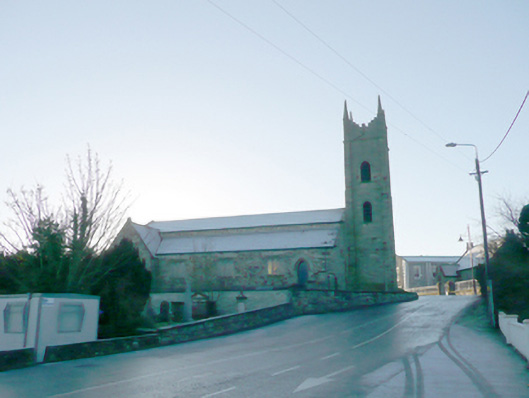 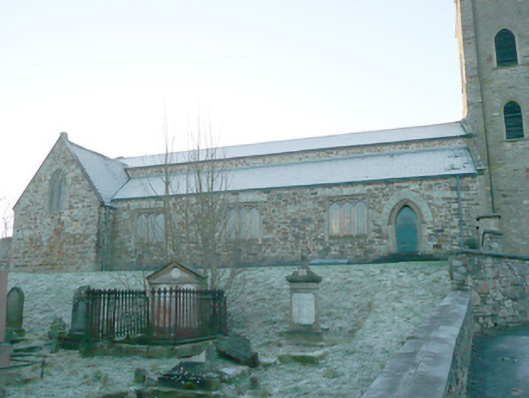 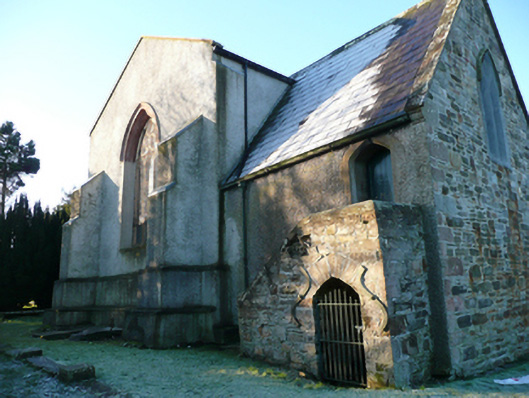 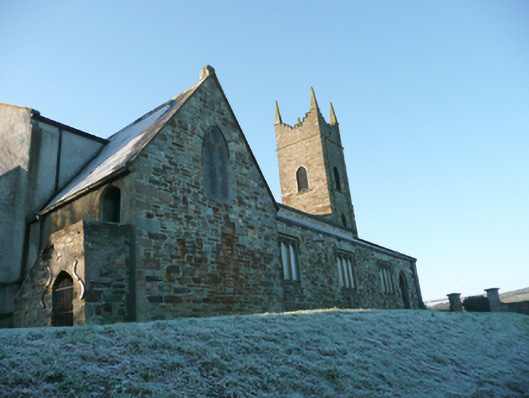 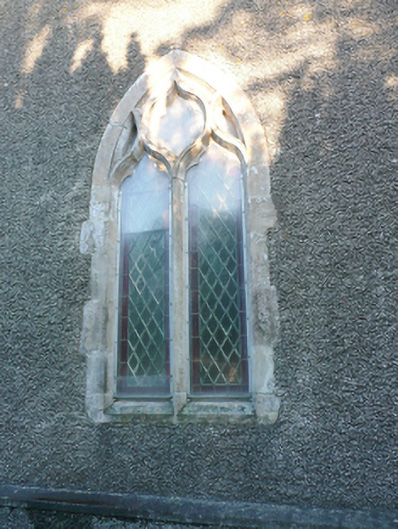 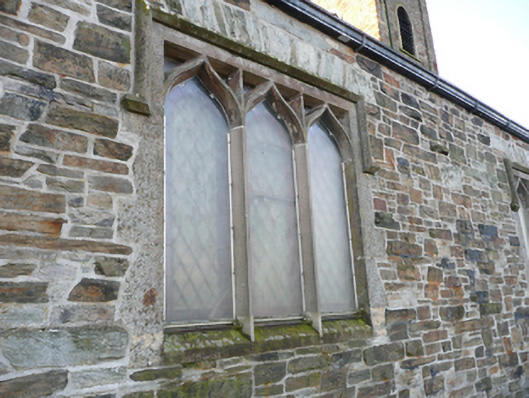 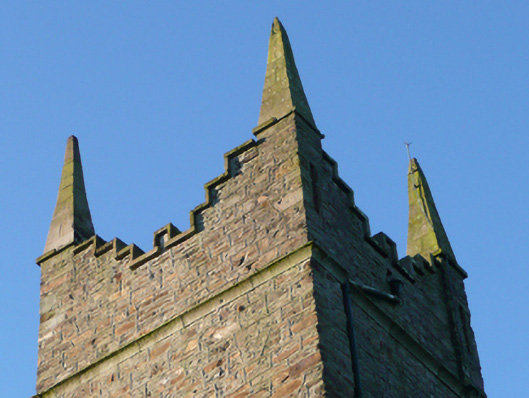 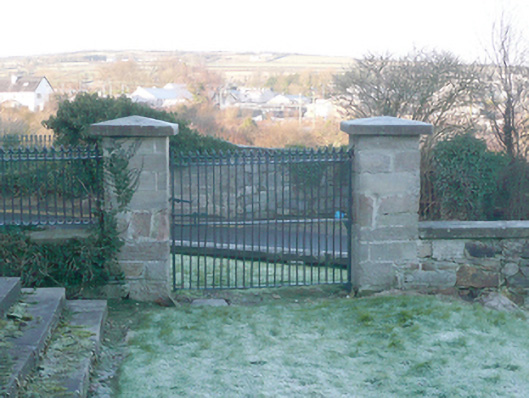 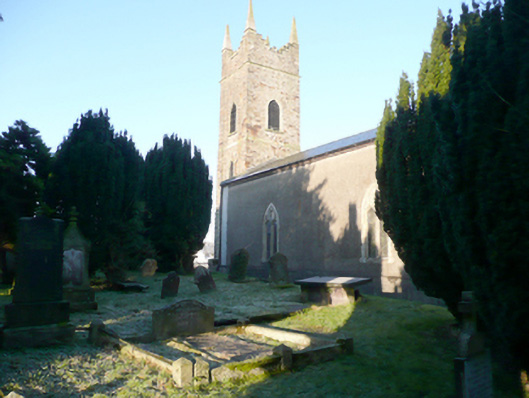 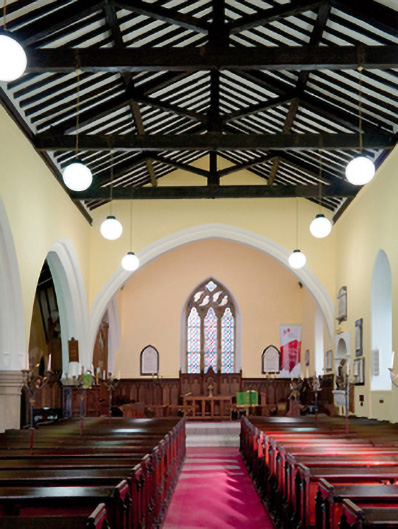 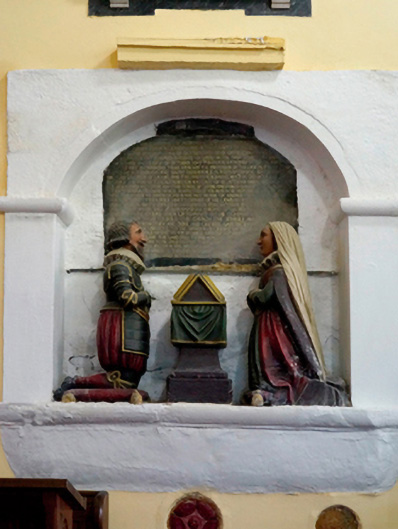 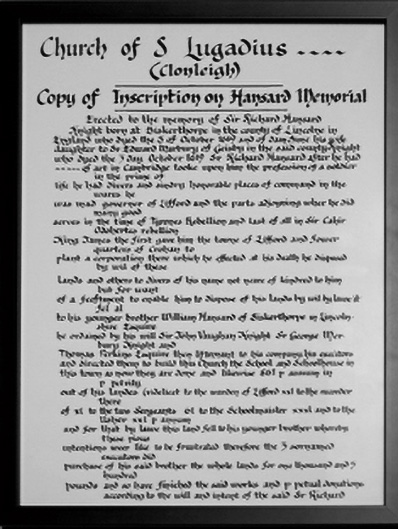 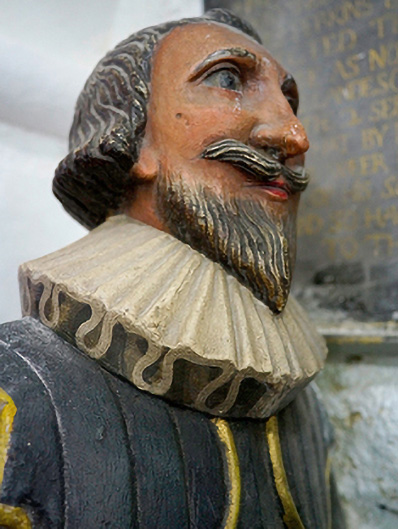 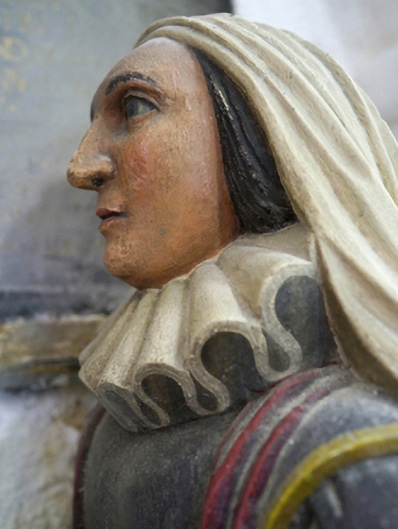 This fine multi-period church is one of the more important elements of the built heritage of the Lifford area. It is robustly constructed using local rubble stone masonry and has some good quality cut stone detailing, particularly to the openings. It originally dates to around 1622, and was originally built at the bequest Sir Richard Hansard (died 1619) who was granted around 500 acres in the Lifford area for 21 years on the condition that he should develop the town within the next five years. He is commemorated in a very fine wall monument to the interior of the church (see below). The church appears to have been altered on many occasions throughout the centuries, and now has the appearance of a late eighteenth or early nineteenth-century Board of First Fruits type church. The pointed-arched openings give it the characteristic Gothic Revival appearance. The fine cut stone tracery to the windows suggests that these are later additions, possibly early nineteenth century in date. According to some local tradition the church was originally thatched though this seems unlikely in a Plantation town. The fine tower, which dominates the skyline of Lifford, was added in c. 1800 by the then rector Revd. (or Mr.) Daniel, and other alterations may have been carried out around the same time. The tower is notable for the Irish-style crenellations, the cavetto stringcourse and the fine cut stone corner pinnacles. The north aisle was added in c. 1863 to designs by Welland and Gillespie, joint architects to the Ecclesiastical Commissioners from May 1860 until the disestablishment of the Church of Ireland on the 31st December 1870. The interior was also changed to designs by these architects at the same time and now has a mid-to-late nineteenth century character. The main contractor involved in this work was a William Mullin. Apparently it was deemed necessary to the enlarge the church with the addition of the north aisle as the congregation grew significantly after the Donegal Militia were stationed in the town for two months a year during the 1850s (but perhaps back into eighteenth century). The town was the seat of the Grand Jury for Donegal, which also probably increased the congregation. The interior is notable for the fine kingpost roof structure to the nave, the arcade to the north aisle, and by the interesting a varied collection of wall monuments. The most important of these is the monument to Sir Richard Hansard Kt. and his wife Dame Ann (c. 1622) to the south-east corner of the nave. This monument, which is considered one of the finest Plantation-era monuments in Ulster, features two kneeling figures (Sir Richard and his wife) in Jacobean custom facing each other across a draped reading table. Sir Richard is depicted in Cavalier armour and his wife in a long veil. A tablet behind chronicles Sir Richard’s life. Interestingly, the monument is shown in stained glass to the east gable of the building. The graveyards to the north and south, and across the road to the west, contains an interesting collection of memorials of mainly nineteenth century date, some of which are of modest artistic merit. Some graves also have elaborate metal railed enclosures that add further interest. One of the graves to site is of George Gardiner (1821-91), who was awarded a Victoria Cross for his actions at Sebastopol during the Crimean War in 1855, which adds some additional historic interest. The rubble stone boundary walls and gateways add to the setting and context of this building, which is an important element of the built heritage of Donegal.