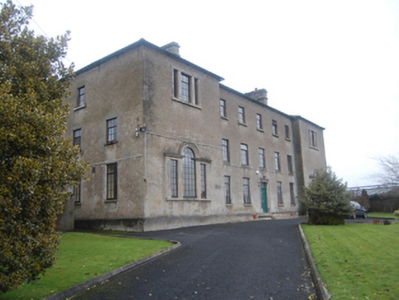 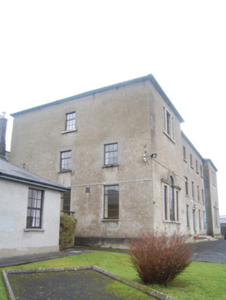 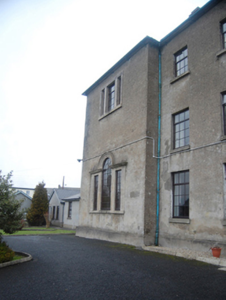 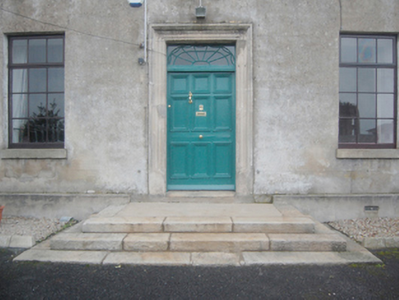 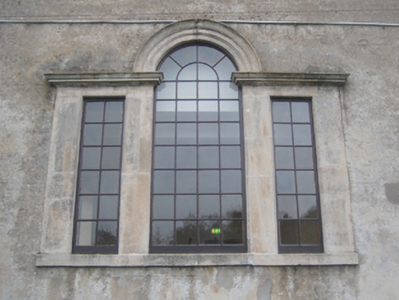 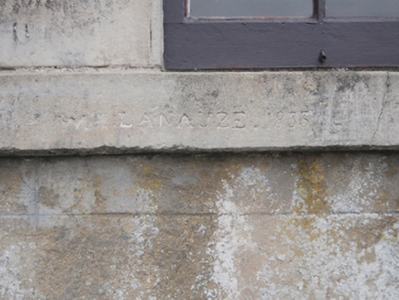 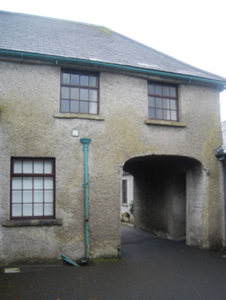 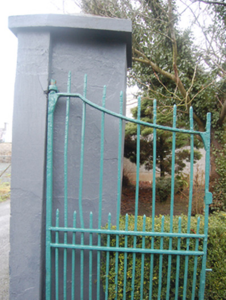 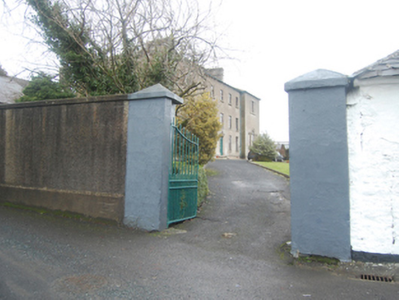 This fine symmetrically-composed, if rather stark, former school, dating to the first half of the eighteenth century, retains much of its original character and form despite some alterations. The advanced bays to either end of the front elevation are a feature found on a number of country houses dating to the first half of the eighteenth century as can be seen at Buncrana Castle and Linsfort Castle on the Inishowen Peninsula to the north. The plain front elevation is enlivened by the fine Venetian windows at ground floor level with cut stone surround, cornices, and architraved heads to the central window, and by the tripartite window openings over with cut stone surrounds. The architraved cut stone doorcase with timber panelled door and elegant overlight above provides an attractive central focus to the otherwise plain central recessed block. The terminating Venetian windows are a common Palladian architectural feature seen on many contemporary houses and country houses. The loss of the original window fittings and natural slate roofs is regrettable, and detracts somewhat from the integrity and visual appeal of this imposing building. This building was originally a two-storey structure, the upper floor was added at a subsequent date (probably quite early, c. 1800); this can be seen in the extra height between the first and second floor window openings. It is probable that the advanced bays to either end were originally single-storey in height. This former school was originally built in 1737 by the then Church of Ireland Bishop of Raphoe, Nicholas Foster (at the same time the tower was being added to St. Eunan’s Cathedral adjacent to the west). The wing to the east served as the diocesan library during the mid eighteenth century. The school itself was originally founded in 1608 as one of five schools founded in Ulster by Royal Charter of King James 1st ; the other schools were at Dungannon, Portora, Cavan town, and Armagh. This building replaced an earlier Royal School building or buildings at Raphoe dating from this period. This building at Raphoe is now in use as boarding school for the modern Royal and Prior Secondary Comprehensive School to the east. Isaac Butt (1813-1879), founder of the Home Rule movement, was educated here. This fine building forms part of a collection of building associated with the Church of Ireland in Raphoe, and is an important element of the built heritage of the local area. The simple gateway to the south-west with rendered gate piers and wrought-iron gates adds to the setting and context.