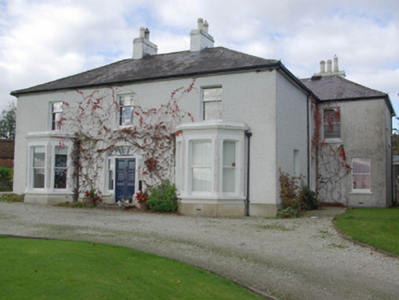 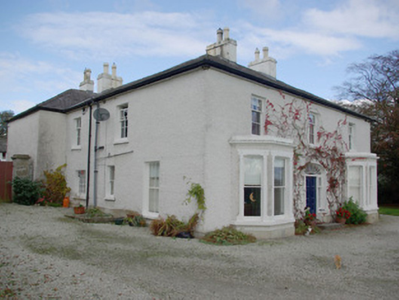 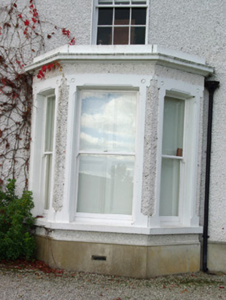 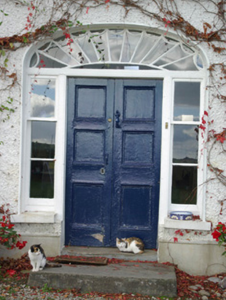 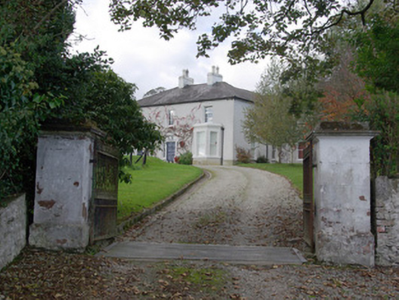 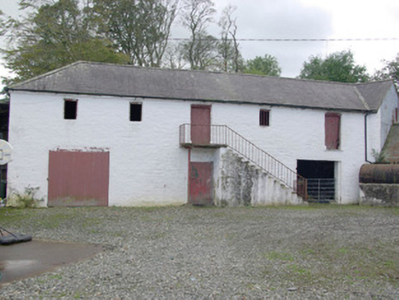 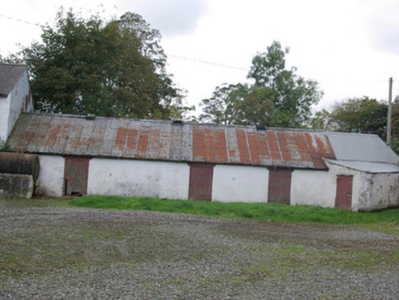 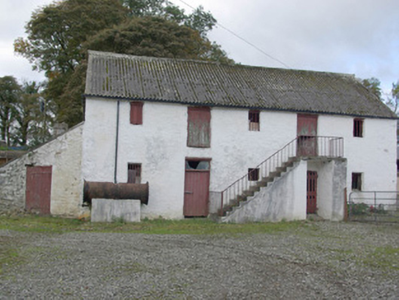 This attractive and substantial house, of late nineteenth-century appearance, retains its early form and character. Its visual expression is enhanced by the retention of much of its early fabric including timber sliding sash windows, timber doors, and a natural slate roof. The front elevation is enlivened by the canted bay windows with decorative detailing and with cornices over, and particularly by the elegant wide main doorway with intricate fanlight over and with sidelights that provides an appealing central focus. The canted bay windows are probably a slightly later addition, perhaps added c. 1900. This building is a noteworthy example of the three-bay two-storey gentleman’s house with central doorway, examples of which are ubiquitous features of the rural Irish countryside. This building may have been the home of a Robert Allen in 1881 and a John S. Weir, JP, in 1894 (both Slater’s Directory). This fine building is an integral element of the built heritage of the local area, adding interest to the landscape to the south-east of Convoy. The two two-storey rubble stone outbuildings to rear, which are interesting and appealing survivals in their own rights, the gateway to the east, and the boundary wall to the north, all add to the setting and context, and complete this good-quality composition.