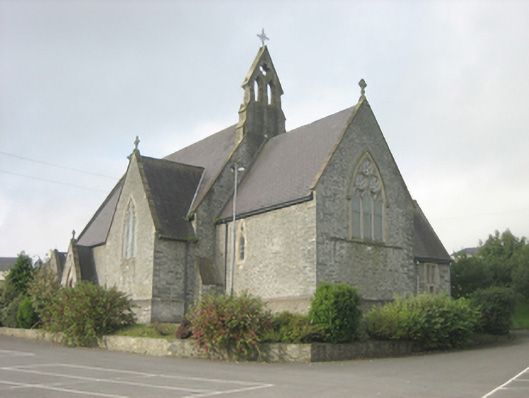 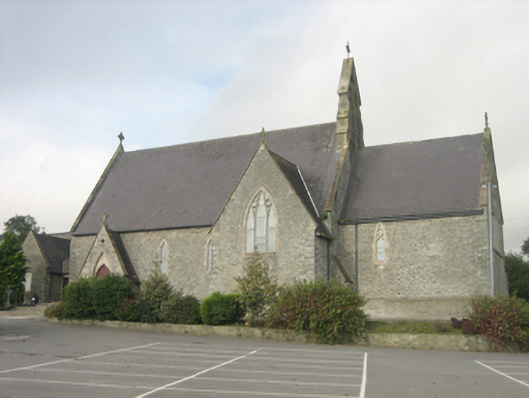 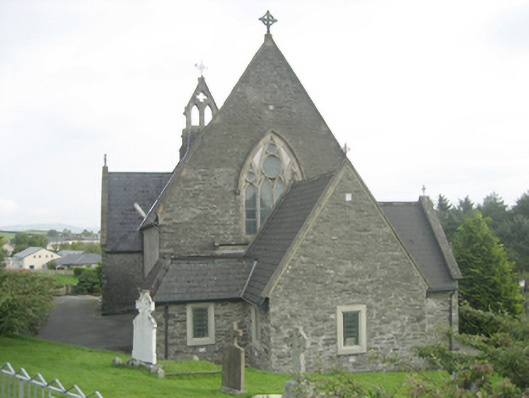 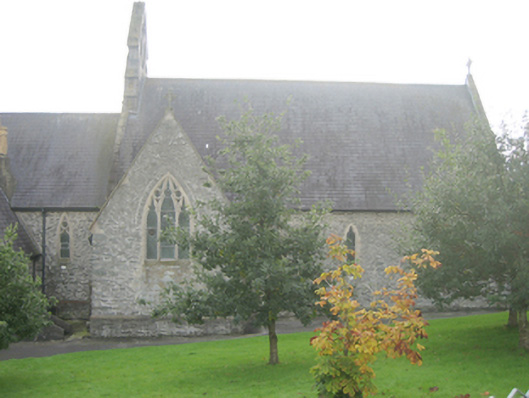 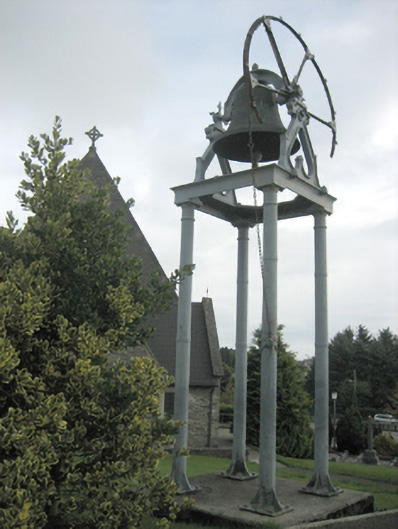 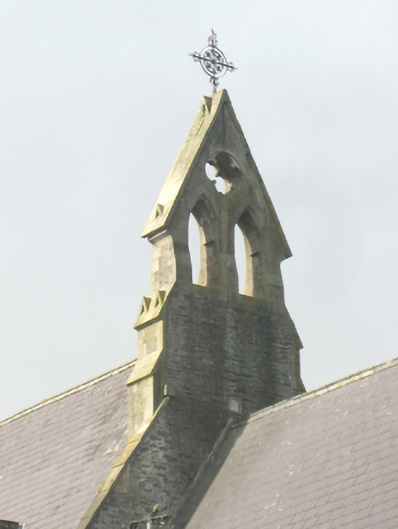 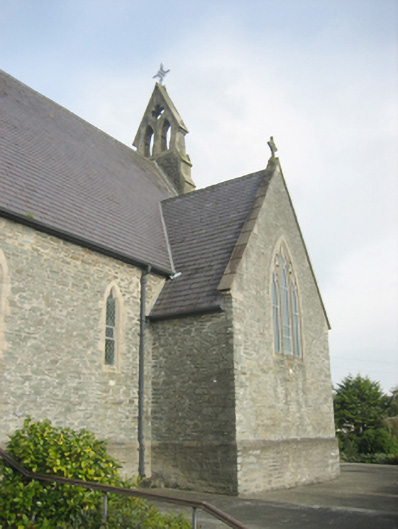 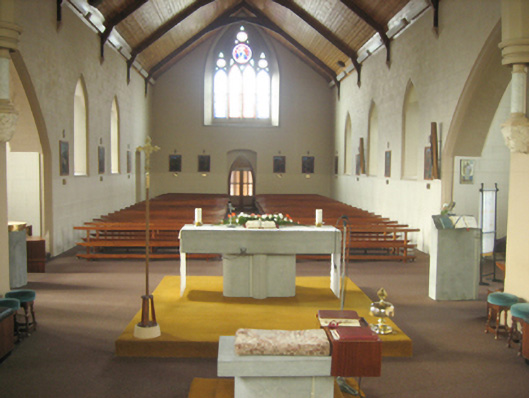 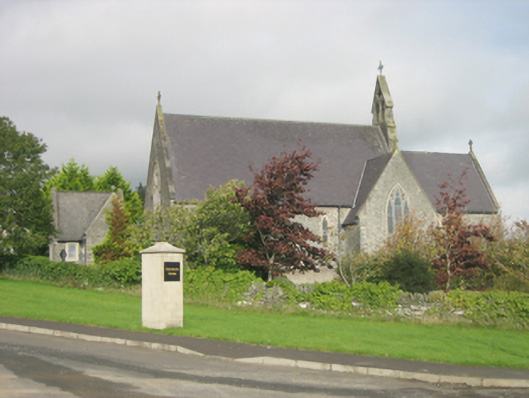 An impressive and distinctive mid-nineteenth-century Catholic church retains its early form and character despite some modern alterations to the interior. It is well-built using robust local rubble slate masonry with good quality cut sandstone trim, particularly to the openings, bellcote, and to the gable verges with kneeler stones and Celtic cross finials. The pointed-arched openings, steeply pitched slate roofs and gables give it a Gothic Revival character that is typical of its type and date. The unusually sparse and small window openings to the side elevations of the nave and chancel create vast expanses of blank walling that give this building a curious early medieval character. The building is also notable for the rather eccentric tracery to the multi-light windows to the transepts, chancel gable and nave gable. This fine building, perhaps the best piece of architecture in the St. Johnstown area, was built to designs by Edward William Godwin (1833-86), an English architect who was based in Derry for a number of years in the late 1850s. He designed three Catholic churches in Donegal during this period; he was responsible for the churches at Newtowncunningham and Tory Island in addition to this building. Godwin was very interested in Irish antiquities (he published an article entitled 'On the architecture and antiquities of the western part of the province of Ulster' in 1872) and, perhaps, his knowledge of medieval church architecture partially inspired his designs for this church at Saint Johnstown. The foundation stone for this building was laid on the 4th of April 1857 and it was dedicated on the 9th of December 1860. The main contractor involved in the construction was a Samuel McElwee and the stonework contractor was a Mr. Gore of Derry. The rather eccentric stone carving to the windows was by a Mr. Doherty, also of Derry. The church cost some £2,000 to construct. The workshop of Frederick Settle Barff (1823-86) was responsible for stained glass, high altar and side altar with Pieta, all of which were later removed as part of renovation works c. 1965. Internally the space is restrained with the chancel arch and exposed timber trusses of architectural merit; much of its character was compromised by re-ordering c. 1965. This fine church is an integral element of the built heritage and social history of Saint Johnstown. The freestanding bellcote, surviving sections of original rubble stone boundary wall and the modern graveyard to the east complete the setting of the church, which is a landmark feature in the rural landscape along the main approach road into the town from the south.