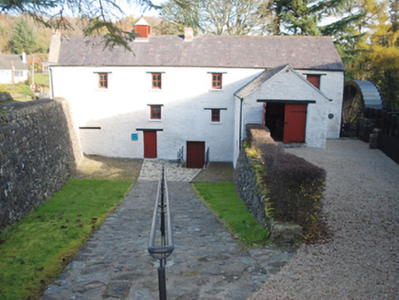 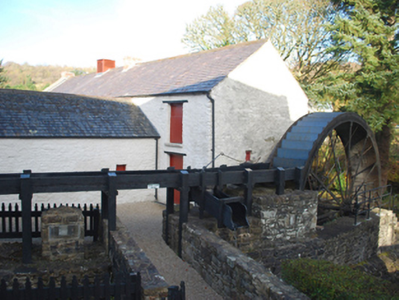 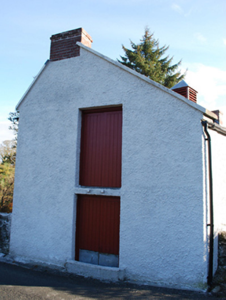 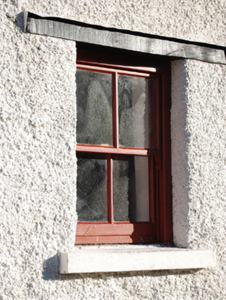 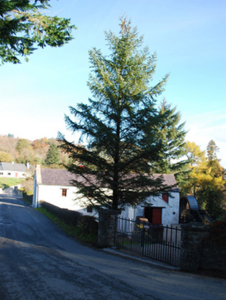 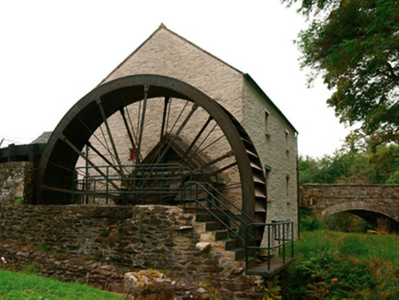 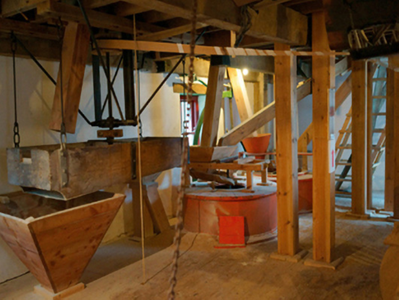 Recently restored to its original glory, this important former corn mill is an integral element of the built and industrial heritage of Donegal. The present building probably originally dates to the late eighteenth or very early nineteenth century, a boom period for the Irish rural corn milling industry. Its visual expression and integrity are enhanced by the retention of salient fabric while modern replacements are in keeping with the original fabric. The irregular openings and the rubble stone construction create a vernacular architectural character of some rustic charm. Of specific interest is the retention of all the machinery to both the interior and the exterior, which is now a very rare survival that helps to elevate Newmills above the vast majority of its type nationwide. Of particular merit is the twenty-five foot breastshot water wheel, manufactured at the J. Stevenson's Foundry of Strabane, County Tyrone, in 1867, which is one of the largest working examples of its type in Ireland. This was installed in c. 1907. This water wheel is powered by an elevated headrace, which is also a rare survival and of technical merit. The waterwheel turned at three revolutions a minute generating eight horsepower, which was transferred from the waterwheel to the mill apparatus by means of gearing and belting. The mill was apparently almost in use all year round, and from the harvest in late summer right up to April or May the following year the mill was engaged in grinding the locally grown grains. During the summer months, animal-feed was prepared, usually by mixing maize with oats. Much of the interior machinery was also upgraded around 1907 and includes mill stones, sieves, bucket elevator, fans and a sack hoist retained as part of the museum. This mill was originally founded by a Joseph Hunter though it occupies the site of an earlier mill or mills (see RMP DG060-016----) that were in existence by 1683. The present mill was used for grinding mainly oats, barley and maize, all of which were sourced locally. It was later sold to a John Devine in 1861. The coach house to the front may have been added around the time of the purchase. The mill and the adjacent former flax mill (see 40829002) were later purchased from the Devines by Patrick Gallagher 1892, and it remained in the ownership of the Gallaghers until the death of Patrick’s son his son, P.F., in 1980. It was purchased by the State in 1986 and restored shortly afterwards. The 1892 Gallagher purchase also included a residence, public house, grocery and ancillary buildings (see 40829007), including a scutcher’s cottage, which was located in a field beside the mill pond, a forge, and a sizable farm of land. The building has had a varied history having being noted as ‘disused’ in the 1892 Valuation. It was then converted into farm buildings before improvements and alterations were made c. 1907 when the present water wheel was fitted and machinery purchased. The combination of a corn and flax mill to the same site is a phenomena found mainly in Ulster. During the Second World War, P.F. Gallagher took advantage of the revival of the flax industry when the British Government offered grants to increase the production of flax to guarantee the supply of linen for the war effort. He demolished a small single-storey flax mill in the early 1940s to make way a new mill (see 40829002). This important site is now a tourist attraction, and is an integral element of the built heritage of Donegal. The surviving machinery to site, both to the interior and exterior, the elevated headrace, the millraces to the west, and the boundary walls and gateway add to the setting and context.