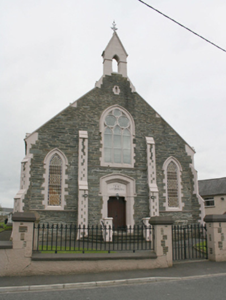 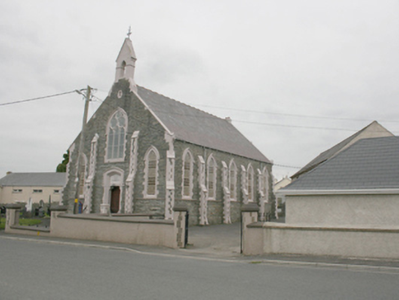 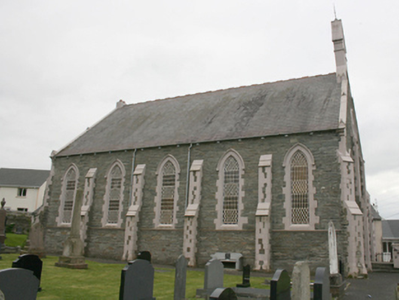 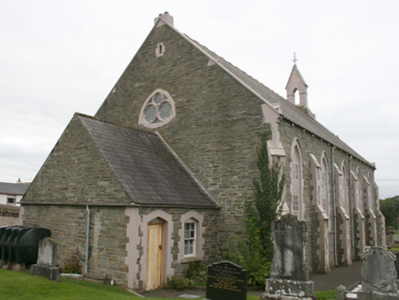 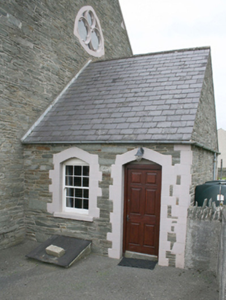 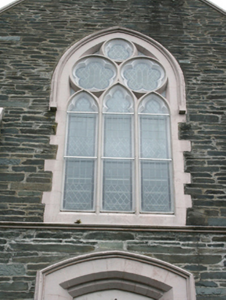 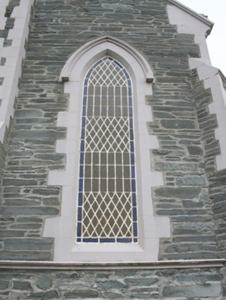 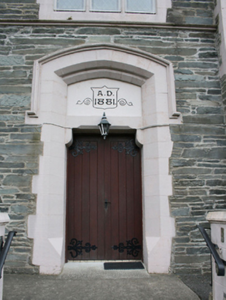 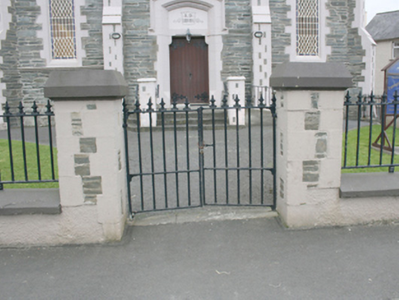 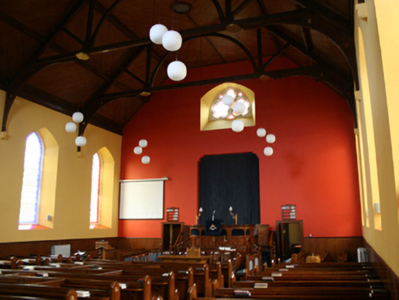 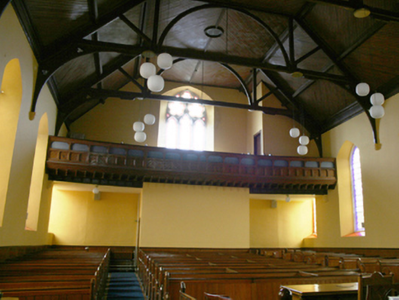 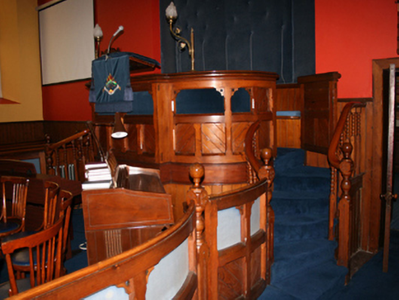 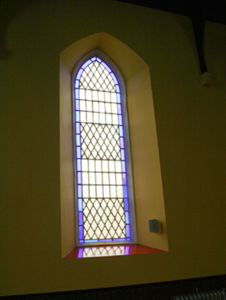 This appealing late-nineteenth century Presbyterian church\meeting house retains its original character and form, and is an appealing feature in the streetscape to the west end of Newtowncunningham. The pointed-arched window openings and the gable-fronted form give this building a Gothic Revival character that is typical of its date. Its integrity is enhanced by the retention of salient fabric including natural slate roofs and particularly by the survival of the cast-iron windows. The main elevations are enlivened by the extensive cut stone and ashlar trim, particularly to the openings and to the clasping buttresses, which helps to elevate this building above many of its contemporaries in Donegal. Of particular note is the intricate cut stone Geometric tracery to the central window opening to the entrance front and the unusual sub rectangular window opening to the east elevation, which is clearly the work of skilled masons. The contrast between the dark grey dimension stone and the crisp warm sandstone detailing creates interesting textural and tonal variation. The ashlar bellcote, terracotta ridge cresting, and the corbelled eaves course add interest at roofscape level. The gable-fronted form of this building with three openings to the front elevation and with bellcote over the gable apex is a feature of many late nineteenth-century religious buildings in Ulster, including a number of Presbyterian churches and particularly a number of Methodist churches. The simple open interior is notable for the quality of the timber joinery particularly the intricate open Queen post roof structure, the timber pulpit, and the timber parapet to the gallery. This church was originally built in 1881 a fact recorded by a date and name plaque over the doorway, and replaced an earlier church or meeting house on the same site, built c. 1830. This replaced an earlier informal meeting house in Newtowncunningham, which was established in 1813. The first minister of the new meeting house in 1881 was a Revd. George Thompson. This building is a notable addition to the built heritage of Newtowncunningham, and represents an interesting historical reminder of the religious diversity that existed and still exists in this part of Donegal in the late-nineteenth century. The simple boundary wall with metal railings over to the entrance front (west), the rubble stone boundary walls to the other site boundaries, the collection of gravemarkers to site, and the fine gateway to the west complete the setting of this composition, which makes a positive contribution to the streetscape along the main approach road into the town from the west. It forms a pair of related structures with the former manse (see 40824006) located a short distance to the east. The altered single-storey school to the south dates to the second half of the nineteenth century; it now appears to be in use as a hall.