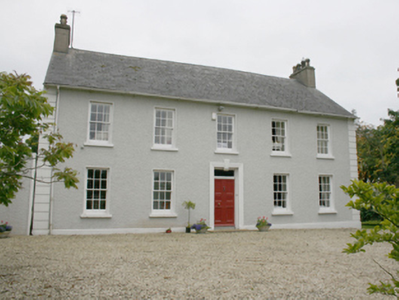 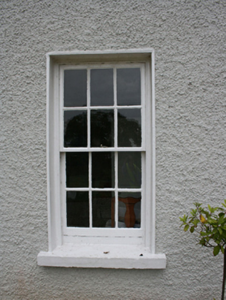 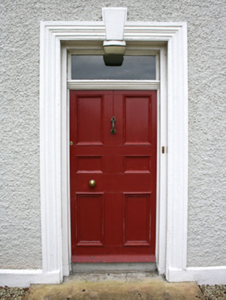 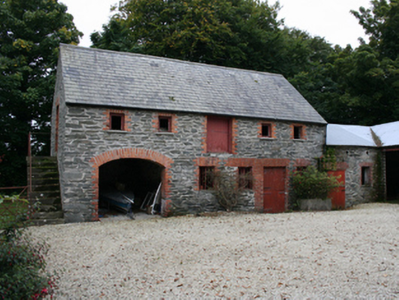 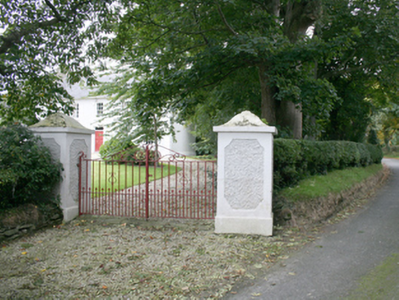 This substantial and well-portioned house, probably dating to the second half of the eighteenth century, retains its original form and character despite some modern alterations. Its visual expression and integrity is enhanced by the retention of salient fabric to the openings, while the architraved surround to the doorway helps to provide an effective central focus. The gabled form and the relatively large gap from the corners to the first window openings is indicative of its late eighteenth-century origins. The rigid symmetry and central doorway to the plain front elevation give this building an elegant subdued classicism that is a feature of many middle-sized residences of its type and date. The scale and date of this building suggests that it may have had some connection with the Castleforward\Castle Forward estate (house demolished), a former residence of the Earls of Wicklow during the late eighteenth century, which was located a short distance adjacent to the east; there was formerly a long approach avenue to this house on an axis with the Church of Ireland church (Ordnance Survey first edition six-inch map of 1837), which hints that this building may have some connection with this church. The complex of attractive rubble stone outbuildings to the rear (south) also survive in good condition and add substantially to the setting and context. The red brick detailing to these outbuildings contrasts attractively with the grey dimension stone to create quite picturesque compositions; the irregular-spacing of the openings to these outbuildings also contrast with the rigid symmetry of the main house to the north. This fine house and its ancillary outbuildings are an integral element of the built heritage of the local area, and is an attractive feature on the rural landscape to the south-east of Newtowncunningham. The simple gateway to the north-west adds to the context, and completes this composition. This may have been the home of a Charlotte Scott in 1894 (Slater's Directory).