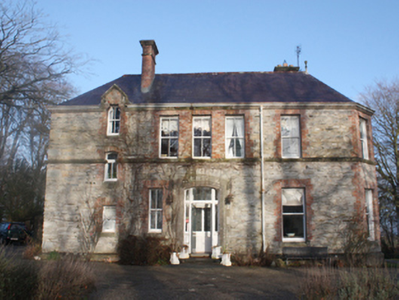 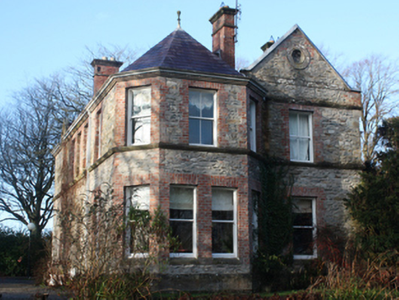 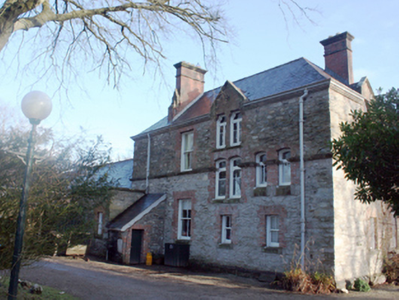 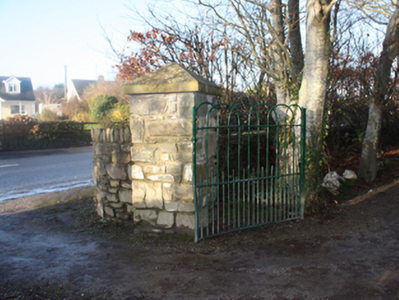 This fine and well-maintained late nineteenth-century\late Victorian former Church of Ireland rectory retains its early form and character, and is one of the most attractive examples of its type and date in County Donegal. Its complex and eclectic form with advanced bays, canted bays, gablets, gable-fronted bays, half-dormers, irregular fenestration pattern, and a variety of differently-shaped window openings helps to create a varied composition of some picturesque appeal. The deliberate asymmetry to the main elevations is a characteristic feature of many late Victorian and Edwardian middle class domestic houses and structures found throughout Ireland. Its visual appeal and integrity is enhanced by the retention of all its salient fabric including natural slate roof, a variety of timber sliding sash windows, and timber panelled door. Although probably originally rendered (rubble stone masonry), the contrast between the pale dimension stone and the extensive red sandstone and red brick trim adds textural interest to this unusual house on the outskirts of Ramelton. Interest is added at roofscape level by the tall, well-detailed red brick chimneystacks, the terracotta ridge tiles and finial, and the detailing to the gable-fronted bay and half-dormers. This building forms part of a pair of related structures along with the associated Church of Ireland church (see 40800505) to the north, and is an integral element of the built heritage and social history of the local area. The simple outbuildings to the rear (not view), rubble stone boundary wall, and the gateway with hooped wrought-iron gates add to the setting and context of this interesting composition. This rectory appears to date to after 1881 as the rectory for the parish of Aughnish was situated at nearby Aghangaddy Glebe in the rural countryside to the south. It appears to have been built by 1894 (Slater’s Directory) when a Revd. H.F. McDonald was the rector.