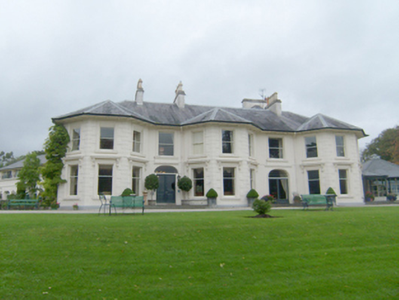 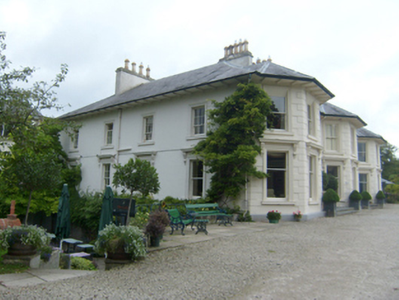 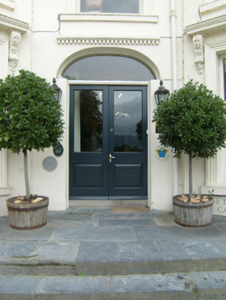 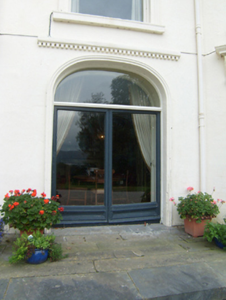 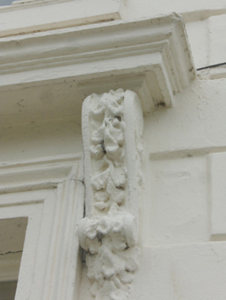 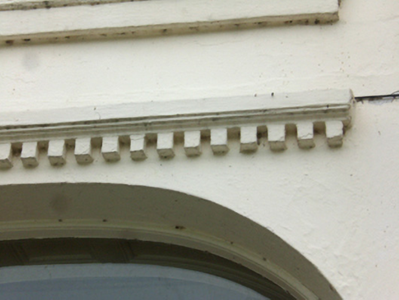 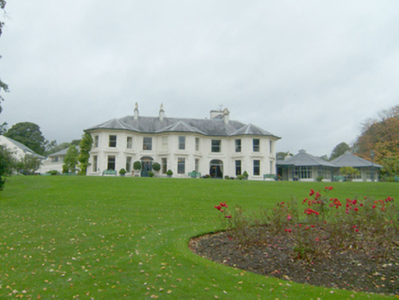 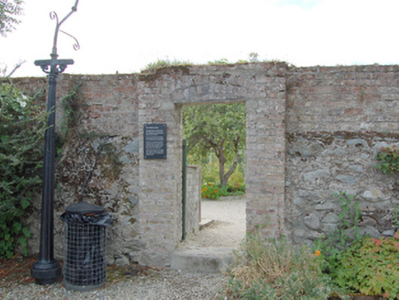 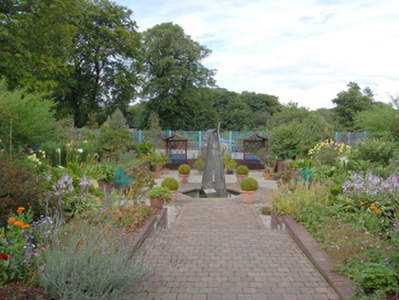 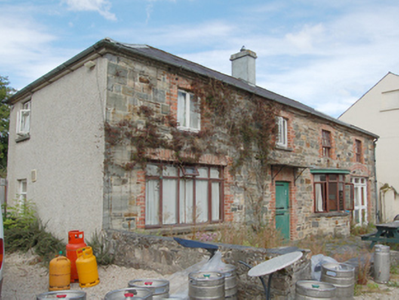 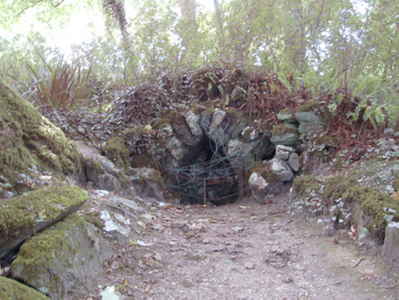 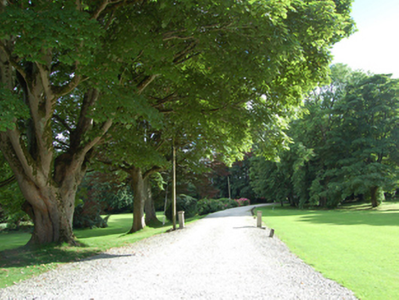 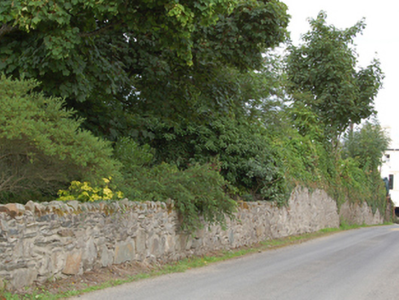 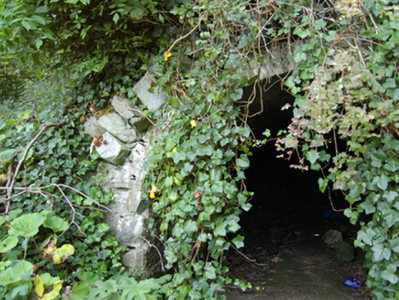 This impressive and substantial former country house originally dates to the first decades of the nineteenth century but was extensively altered and extended c. 1870 and now has a late nineteenth century architectural appearance. It retains its early form and character to the main block despite the construction of a number of modern additions to accommodate its present use as a hotel. Its visual appeal is enhanced by the retention of salient fabric such as the natural slate roof and the timber sliding sash windows. Its symmetrical front elevation is particularly impressive with three wide full-height canted bays and the wide overhanging bracketed eaves to the roof. Decorative interest is added to the front elevation by the architraved surrounds to the window openings, the entablatures supported on complex foliate brackets to the ground floor window openings, the dentillated stringcourses over the two main doorways, and the block-and-start quoins to the corners of the main building and to the canted bays. The prominent chimneystacks with decorative terracotta pots over add incident at roofscape level. Much of the salient fabric also survives to the interior including late Victorian plasterwork to the ceilings, timber panelled shutters with bolection mouldings to the windows, timber panelled doors (some with decorative timber entablatures and craved consoles to main ground floor rooms), carved marble fireplaces, and parquet floors. This house was originally built around 1820 for a Lieutenant Colonel Andrew Knox, a descendent of Bishop Andrew Knox who converted Rathmullan Friary to a fortified dwelling around 1617. Lt. Col. Knox was a prominent landowner and MP, and a Lieutenant Colonel in the Donegal Militia, whose main residence was at Prehen House outside Derry. Rathmullan House was originally a much smaller dwelling known as ‘The Lodge’, part of which may be incorporated into the fabric of the current structure. It was principally used as a summer retreat for Knox and his family. The estate was later bought by a Narcissus Batt (1761-1840) in 1832 as a summer residence. Batt was a founder of the Belfast Bank, and had his main residence at Purdysburn, County Down, and additional estate at Ozier Hill in County Wexford. The estate was inherited by his son Thomas around 1841 who promptly extended the house and built the two gate lodges among other improvements to the estate. It was later the home of a Thomas Batt (died 1857 and commemorated by stained glass window at Killygarvan Church of Ireland church – see 40819009). The Estate was later inherited by Thomas Batt (1816-97). It was Thomas Batt who greatly extended and modified the house, c. 1870, adding the roof with overhanging eaves and the three prominent canted bays to the entrance front among alterations to both the exterior and interior. Thomas Batt was one of the largest landowners in Donegal in 1879, owning estates in the county of some 4,377 acres. The Batt estate was apparently later transferred to tenant ownership in 1902. Members of the Batt family stayed on in Rathmullan House until just before the Second World War. The house was put up for sale in 1939. An auction of house contents was held, and Philadelphia millionaire and art collector Henry P. McIlhenny secured many items for Glenveagh Castle (see 40904301), which he had recently bought. Rathmullan House was bought by the Holiday Fellowship, a walking\trekking organisation founded by the Revd. T.A. Leonard in England in 1913. The first floor of the house was apparently converted into dormitories for walking\trekking guests, and the generators were turned off at 8pm each evening to encourage an early start the following morning. During the Second World War, Rathmullan House was apparently used as a base by the Irish Army Reserve. The house was sold in the early 1960s, and was subsequently converted for use as a hotel. The distinctive ‘tented’ pavilion dining room was added in 1969; this was designed by celebrated architect Liam McCormick (1916-96), who was responsible for a series of important church buildings in Donegal. Rathmullan House forms the centrepiece of a group of related structures along with the walled garden (see 40819022) to the north-west, the gate lodge (see 40819024) and the attendant gateway (see 40819025) to the south-west, the gateway to the north-west, the altered two-storey outbuilding to the rear, the boathouse to the east, the grotto to site, and the various other ancillary elements to site. Occupying attractive mature landscaped grounds to the north of Rathmullan, overlooking Lough Swilly to the east, this building is an important element of the built heritage of the local area.