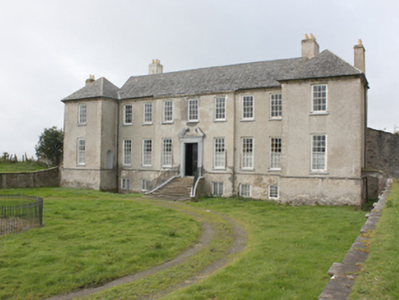 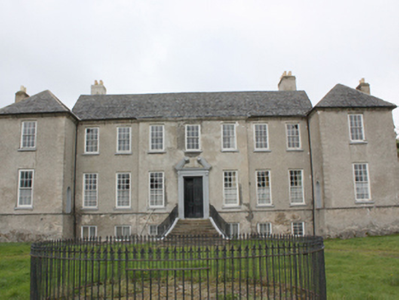 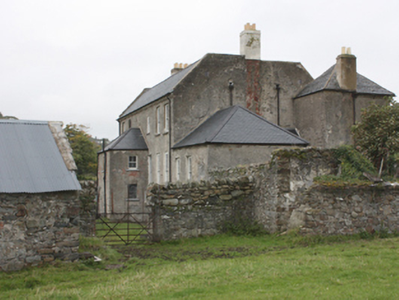 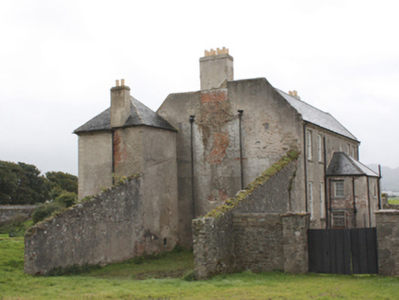 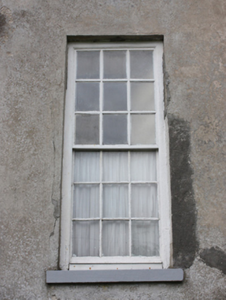 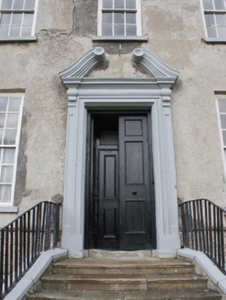 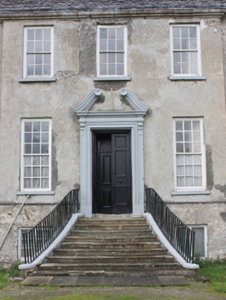 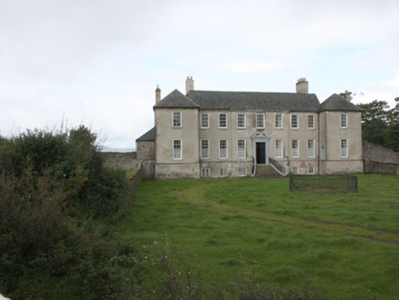 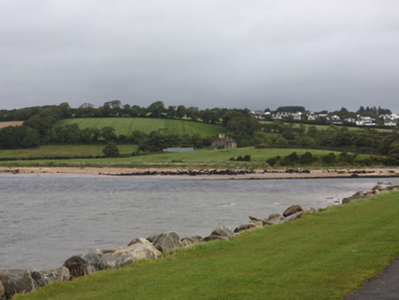 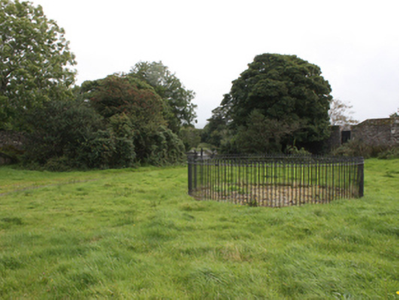 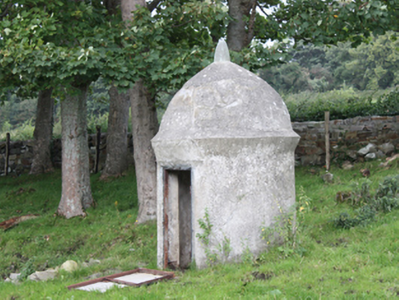 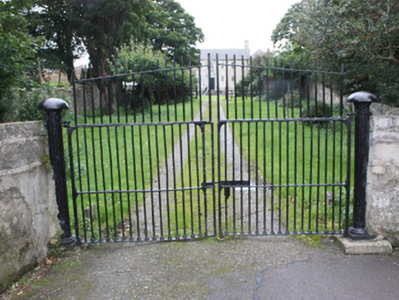 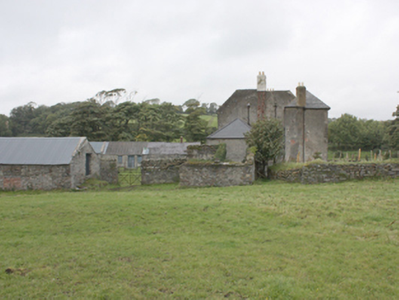 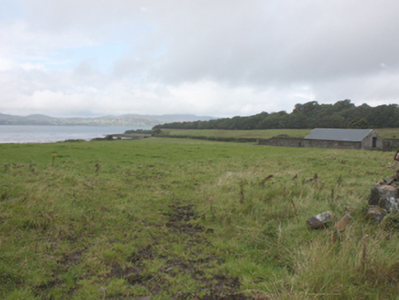 This well-proportioned early country house is probably the most important country house still extant in Inishowen. Its design marks the transition from the semi-fortified houses of the seventeenth century and earlier to the classical designs used for country houses during the eighteenth century. Its symmetrical front elevation is distinctive for the projecting pavilions to either end of the main elevation, the high raised basement, and the slightly projecting three-bay breakfront, while the boldly-detailed scrolled pedimented cut stone doorcase with sweeping flight of cut stone steps adds an attractive central focus of some artistic appeal. The concave ashlar eaves course\cornice adds further decorative interest to this otherwise plain though impressive structure. Its visual appeal and integrity is enhanced by the retention of salient fabric such as the timber sliding sash windows, and stone slate roof. The survival of the original unique and distinctive roof structure is also particularly worthy of note. Its form and detailing are indicative of its early date, with exposed sash boxes flush with the façade, open scrolled pedimented doorcase and the advanced end bays, all features associated with houses of this type and date in Ireland. Linsfort Castle (see 40901807) to the north of Buncrana also has these projecting end bays. The inscription to the doorcase indicates that it was built or rebuilt in 1718 although some recent work suggests that it may have been built in the early-seventeenth century by Henry Vaughan (who leased the estate from Lord Chichester, who had acquired the estate during the Plantation) and extended, remodelled and refurbished in the early-eighteenth century by Sir George Vaughan. It is built on the original site of the town of Buncrana, which was re-sited across the Crana River by Sir George Vaughan, c. 1718. Buncrana Castle was reputedly built using masonry taken from the bawn of the O’Doherty Castle (see RMP DG029-025001-), the keep of which survives adjacent to the main entrance to the west. This house remained in the ownership of the Vaughan family until c. 1835 when it passed into the ownership of the Todd family after the male line of the Vaughan family became extinct. It later became the seat of Alexander Airth Richardson, son of Jonathon Richardson MP. Theobald Wolfe Tone (1763 – 1798), a founding member of the United Irishmen, was apparently held at Buncrana Castle subsequent to his capture by the British Navy from the French warship La Hoche, as part of a French expedition force, off Buncrana in October 1798, which adds further historical interest to this already significant structure. This fine country house forms the centrepiece of a group of related structures along with the complex of outbuildings (see 40815002), the demesne bridge (see 40815003) and former approach avenue to the east, the gateways to the east (see 40815005) and to south-east of bridge approach (see 40815004), the handball alley (see 40815076) attached to the north side of house, the former terraced garden (see 40815007) to the south-east, the round-plan turret-like structure to north-west of site housing a well (see 40815074), the quay to south-east (see 40815006), the single-storey former gate lodge (see 40815075) to the south-east, and the other walls and features in the estate. This building is notable not least for its antiquity and as the earliest large property in the area, but also as a centerpiece of a designed landscape, and represents one of the more important elements of the built heritage of Donegal.