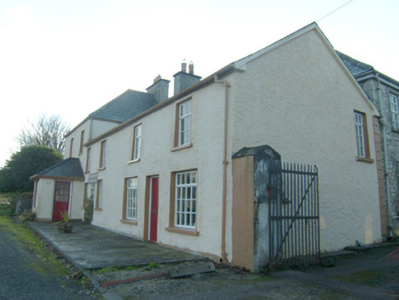 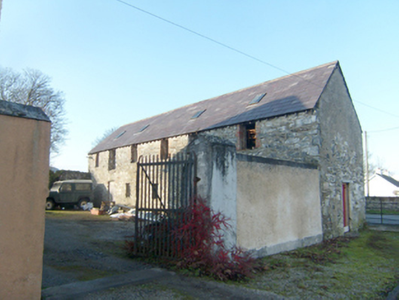 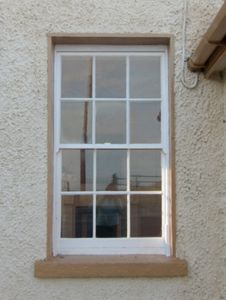 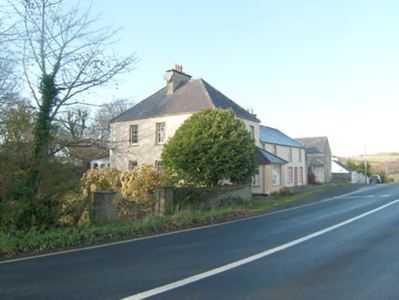 This interesting and attractive group of two-storey buildings, probably originally dating to the mid-to-late nineteenth century, retains much of its early form and character despite some modern alterations. Its visual appeal and integrity are enhanced by the retention of salient fabric such as the pitched and hipped natural slate roofs, cast-iron rainwater goods, and the timber sliding sash windows to the block to the south-east end. The loss of the salient fabric elsewhere is regrettable but suitable replacements could easily be reinstalled. The blocks to the north-west end may incorporate fabric from an earlier building to site that was extant in c. 1834 (Ordnance Survey first edition six-inch map) but the form of the group suggests that it was built later. The two-storey houses to the north-west are characterised by low ceiling heights, especially when compared to the later block to the south-east. The scale of this building, and its location adjacent to a main road, suggests that it was probably formerly in use as a hotel and\or shop\bar. The substantial and robust two-storey rubble stone outbuilding to the north also survives in good condition and adds significantly to the site and context. The scale of this outbuilding also suggests that this was formerly in use as hotel etc. This building is an interesting feature along the roadscape to the north-west of Creeslough, and is an addition to the built heritage of the local area as one of the few traditional buildings that retains much of its early character. The rubble stone wall to the south-east, and the wrought-iron gates complete this composition.